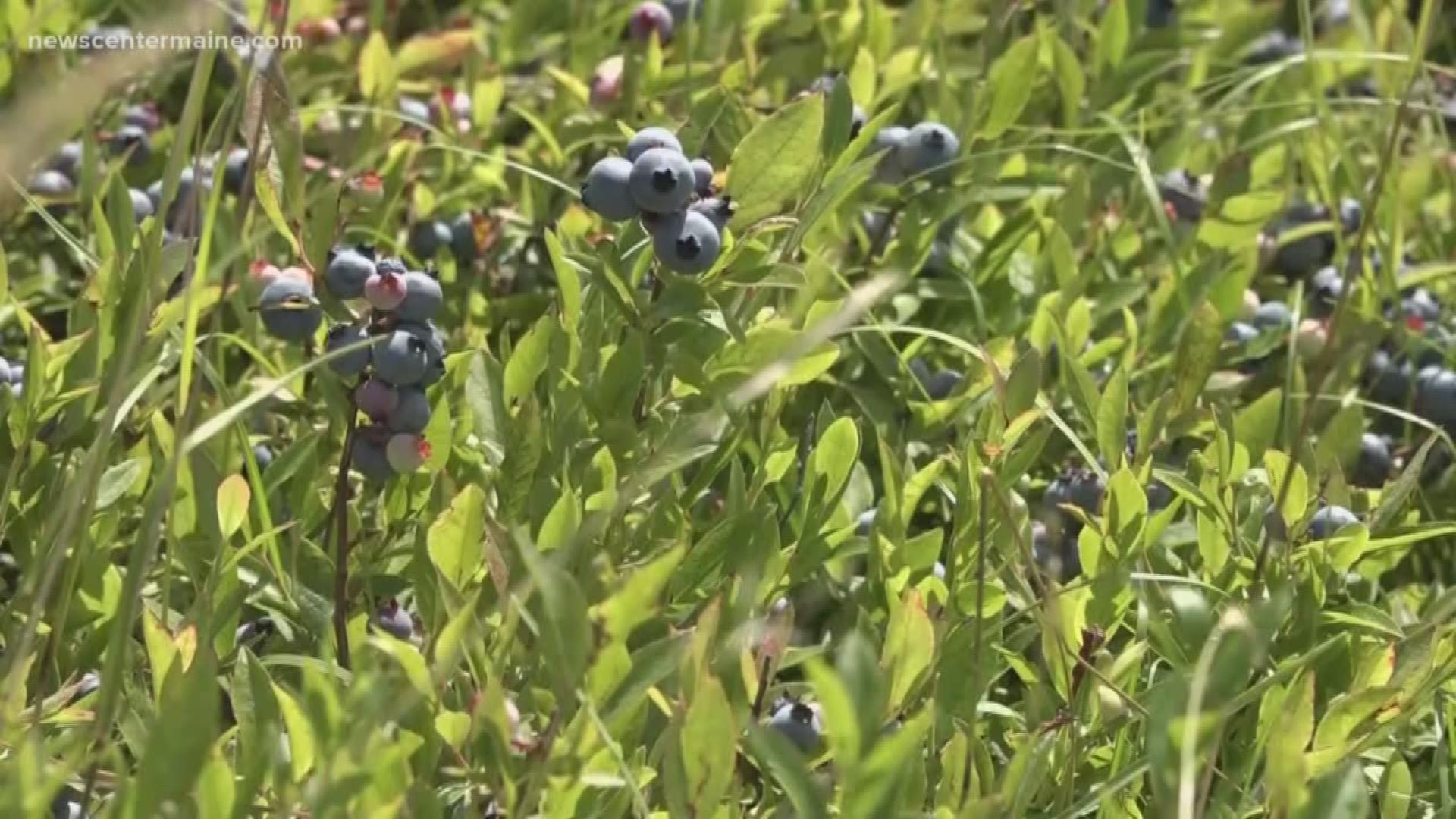 MACHIAS, Maine — Maine's congressional delegation is urging the federal Department of Agriculture to include wild blueberry farmers in a program that protects agriculture industries from the impacts of the trade war with China.

Sens. Susan Collins and Angus King, and Reps. Chellie Pingree and Jared Golden sent a letter to the USDA on July 16 asking the department to include the wild blueberry industry in its Market Facilitation Program.

“The wild blueberry industry has been an integral part of Maine’s agricultural heritage since the mid-1800s. Due to the crop’s proclivity to grow in rocky, acidic soils and cool climates, Maine is the largest commercial producer of wild blueberries in the world,” wrote the Maine Delegation.

“The majority of farms that grow and process wild blueberries are family-owned. However, recent economic pressures and reduced prices have placed a significant burden on wild blueberry growers, resulting in many growers drastically cutting back on harvesting their crops within the last two years.”

The full letter can be downloaded HERE.

The Market Facilitation Program will provide financial aid to agricultural producers affected by China’s retaliatory tariffs. The USDA announced the creation of the program in May.

Sen. King (I) says, "We should be a part of the assistance that's coming from the government. It's pretty straight forward."

"I saw a press conference with the President and he had all of these farmers from the midwest with cowboy hats on behind him and I said 'what about lobsters, what about blueberries? Why aren't we participating in this?'" says King.

King has spoken to many Maine blueberry producers who say they've been hard hit by the trade war with China.

According to the letter sent by the delegation and corroborated by the Wild Blueberry Commission, prior to 2018, Maine wild blueberries were making steady headway into Chinese markets.

Milbridge-based blueberry company Wyman's has never sold blueberries directly to china, but it's not for lack of trying.

Wyman's Vice President of Marketing Patrick Carroll says, "In the past, we have tried, but there has been a tariff war for some time and that makes the Chinese market really difficult to operate in. The latest round of tariffs really makes it impossible to go anywhere."

According to Director of the Wild Blueberry Commission Trish Kontor, the industry leaders are trying to figure out how to respond not just to tariffs, but competition from cultivated blueberry and other fruit markets.

Kontor says, "The state of the wild blueberry industry is in transition. It's in economic transition, and because of that it's in distress."

One solution, according to the Wyman's team, is finding new consumers by spreading the word that wild blueberries are a deliciously unique product.

Patrick Carroll says, "We're doing everything possible to promote the flavor and nutritional value of the wild blueberry because we believe they're far superior to a cultivated blueberry."

There's science to back those claims. Some studies show wild blueberries have twice the antioxidants of cultivated blueberries.

Maine's members of congress are also asking for aid from the USDA for Maine's lobster industry.