US Secretary of the Interior addresses national park funding, Wabanaki sovereignty in visit to Maine

In her first visit to a national park as Secretary of the Interior, Deb Haaland joined Maine's Congressional Delegation at Acadia National Park. 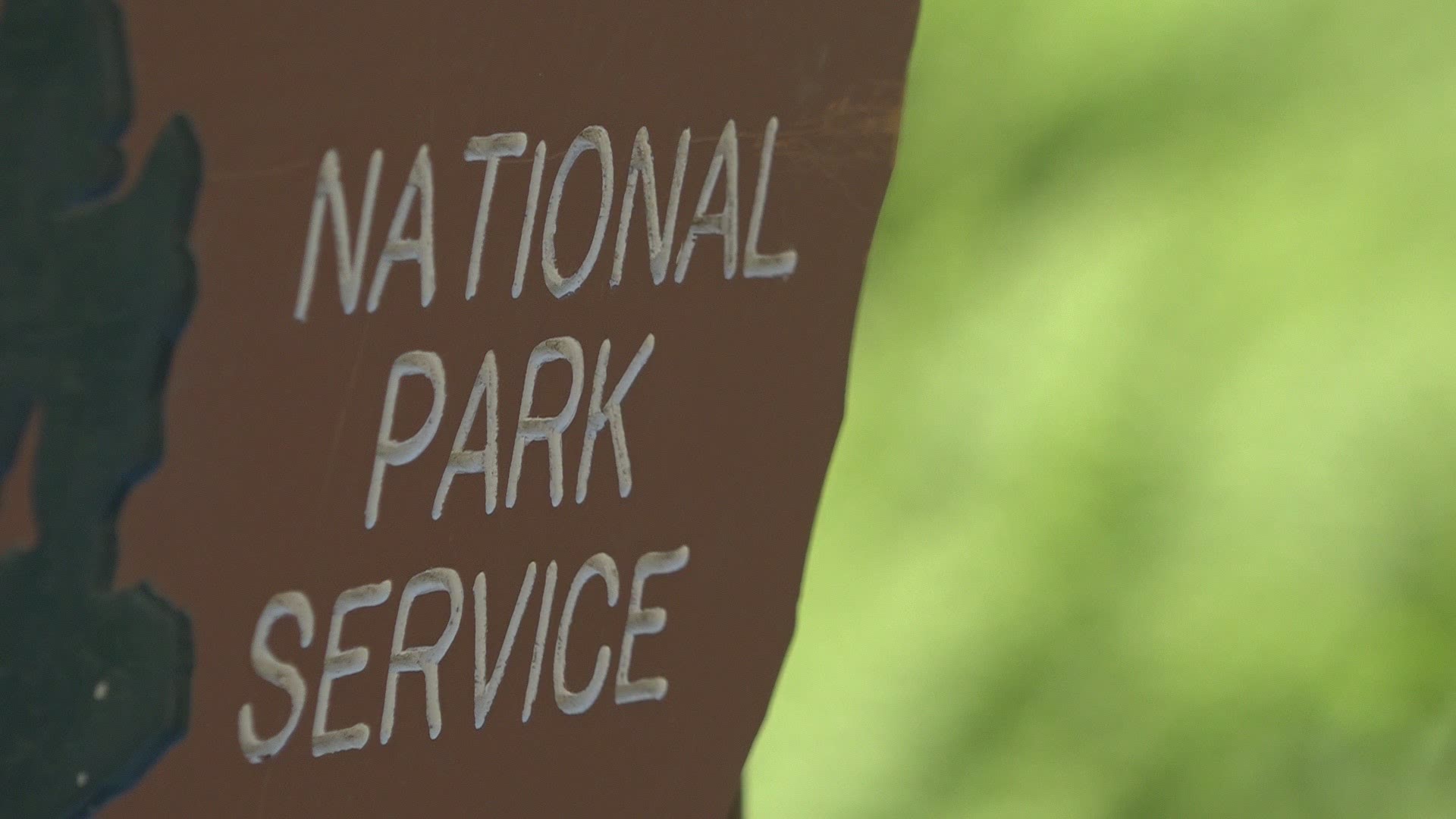 WINTER HARBOR, Maine — The U.S. Secretary of the Interior Deb Haaland made a timely visit to Acadia National Park this week as millions of Americans are expected to travel there again this summer.

Haaland's two-day trip was spent speaking with Maine's congressional delegation about investment in public lands, national parks, and how those investments will modernize park infrastructure and support local jobs.

Haaland, the first Native American to be named a Cabinet Secretary, also met with Wabanaki tribal leaders during a series of meetings and events. The conversations focused on strengthening Tribal sovereignty in Maine.

“We’ll always welcome the tribes to approach us, we want to work with them on any issues they have," Haaland said at a press conference Friday.

That press conference took place outside the Schoodic Institue at Acadia as Haaland and Maine's Delegation spoke more about the proposed investment that would upgrade several areas around the park.

The Great American Outdoors Act was passed last year and set aside funding for National Parks and land conservation. $7.6 million of that funding will go towards rehabilitating the wastewater systems in Acadia's Schoodic District.

SIGNED INTO LAW: The Great American Outdoors Act is now law! I cosponsored this bipartisan legislation that will provide full funding for the Land and Water Conservation Fund and address the maintenance backlog at our national parks, including Acadia National Park. pic.twitter.com/tzVtTDkIKY

Under that same project, $5 million would be set aside for deferred maintenance for Acadia. Senator King said one of the first upgrade projects includes the Park's maintenance building.

Haaland also said $1.3 million in proposed funding would support the Schoodic Education and Research Center. The money would come from President Joe Biden's proposed budget and will fund additional staff at Acadia to focus on natural resource management.

One part of the Great American Outdoors Act includes the Land and Water Conservation Fund. Biden's proposed budget would set aside $200,000 to acquire land and build a public transportation hub and parking to provide access to the one lighthouse in Acadia.

Haaland and Maine's delegation began their day Friday with a sunrise event with members of the Wabanaki as well as a performance by acclaimed cellist Yo-Yo Ma.

“It’s hard to put in the words the beauty that you see," Haaland said when talking about the views at Acadia. “That is what we want, to share this beautiful land with as many people as possible.”

This was Haaland's first trip to Maine and the first visit to a National Park in her new role.

“You live in an incredibly beautiful state. It is my first trip to Maine, hopefully, it will not be my last," she added.

RELATED: Biden plans to boost conservation of US lands, waters