According to a recent study released by Redfin, South Portland is one of the most popular places to live in the country. 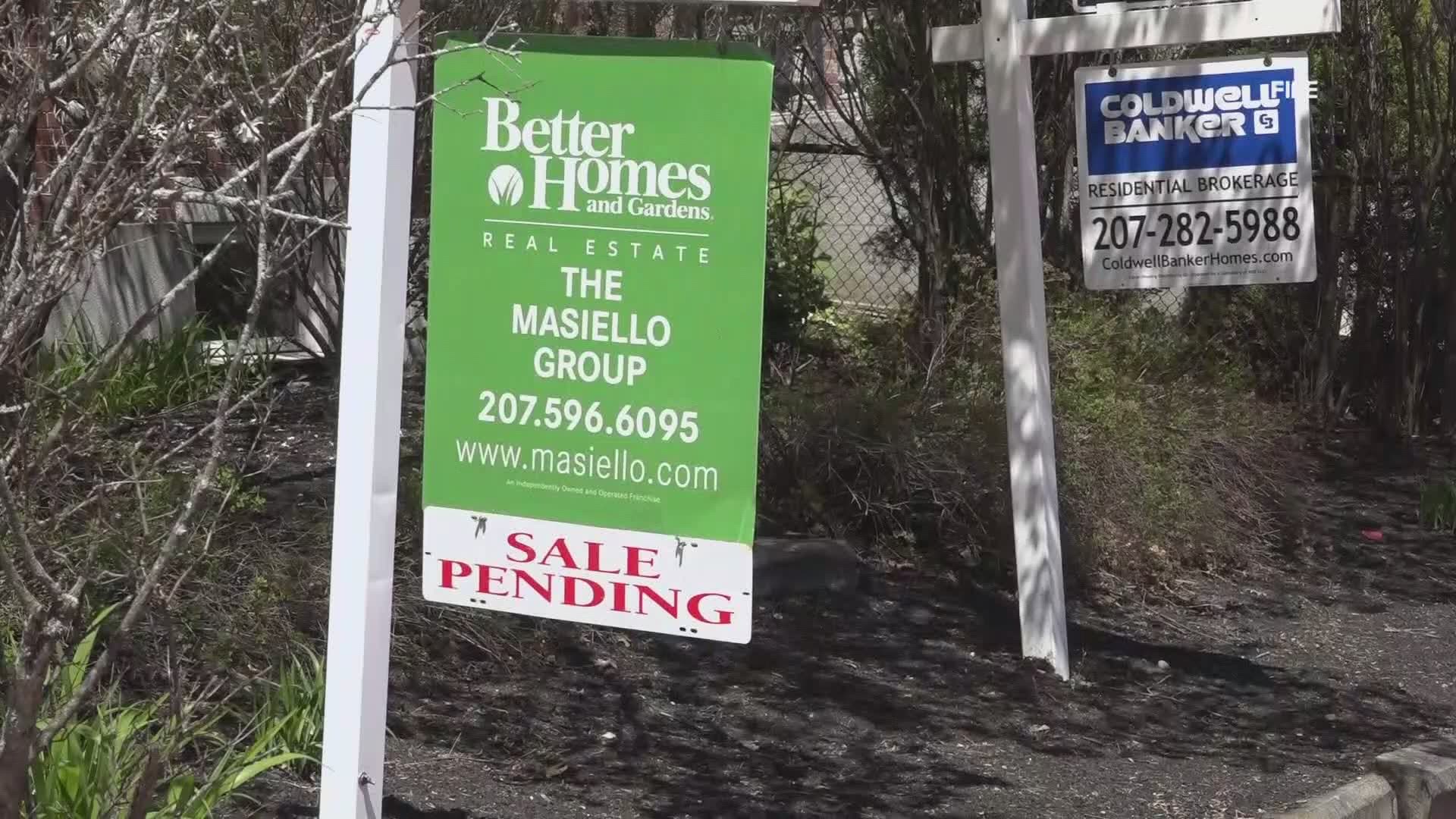 SOUTH PORTLAND, Maine — The real estate market has been booming since the start of the COVID-19 pandemic, and there's one Maine city where it's nearly impossible to find a place to live -- South Portland.

With a quick search of homes on the market in South Portland, you'll find it's just that, quick.

South Portland has been named one of the most competitive places to buy a home by Redfin. The only New England city on the top ten list.

This means it's challenging for many buyers to find a house there.

"It was disappointing and we weren't really sure when we would find a house in a place we wanted," first-time home buyer Carly Raymond said.

She and her boyfriend, Nick Minor, are both school teachers and said they didn't feel comfortable going too much over their budget. When they realized how popular South Portland was, "we were like okay it's time to look at other places," Raymond said.

They ended up moving into their Westbrook home in November and say they're happy at how things ended up.

For some other buyers, though, they might want to stay in South Portland

"I'm a South Portland native. Been here my whole life," Sarah Piper said. " I literally live in my old 5th grade teacher's house and my mom is still right up the street."

Piper and her family have outgrown their home and want to move into something a little bit bigger but stay in the South Portland community.

She says she and her husband have been looking for a new home for more than a year.

"Probably four different offers, crazy over asking and we're just not getting them," she said.

She said it's been frustrating, but she's hopeful 2021 will be the year she and her family will find a new home.

Realtors who sell in South Portland say they've been seeing this trend too.

"We're seeing just a lot of influx of out of state buyers or first time home buyers or people who vacation in Maine looking to purchase in South Portland," Chaston Marcos from Keller Williams Realty said.

The real estate market is booming during the pandemic, specifically in South Portland. Chaston Marcos from Keller Williams says there's a few reasons for that #NEWSCENTERmaine pic.twitter.com/RGWqHZOfSd

He added that he sees a lot of buyers start their search with Portland, and then when they notice there aren't as many single-family homes, the neighboring towns and cities are the next best thing.