Micro lumber/hardware store first of its kind in Maine 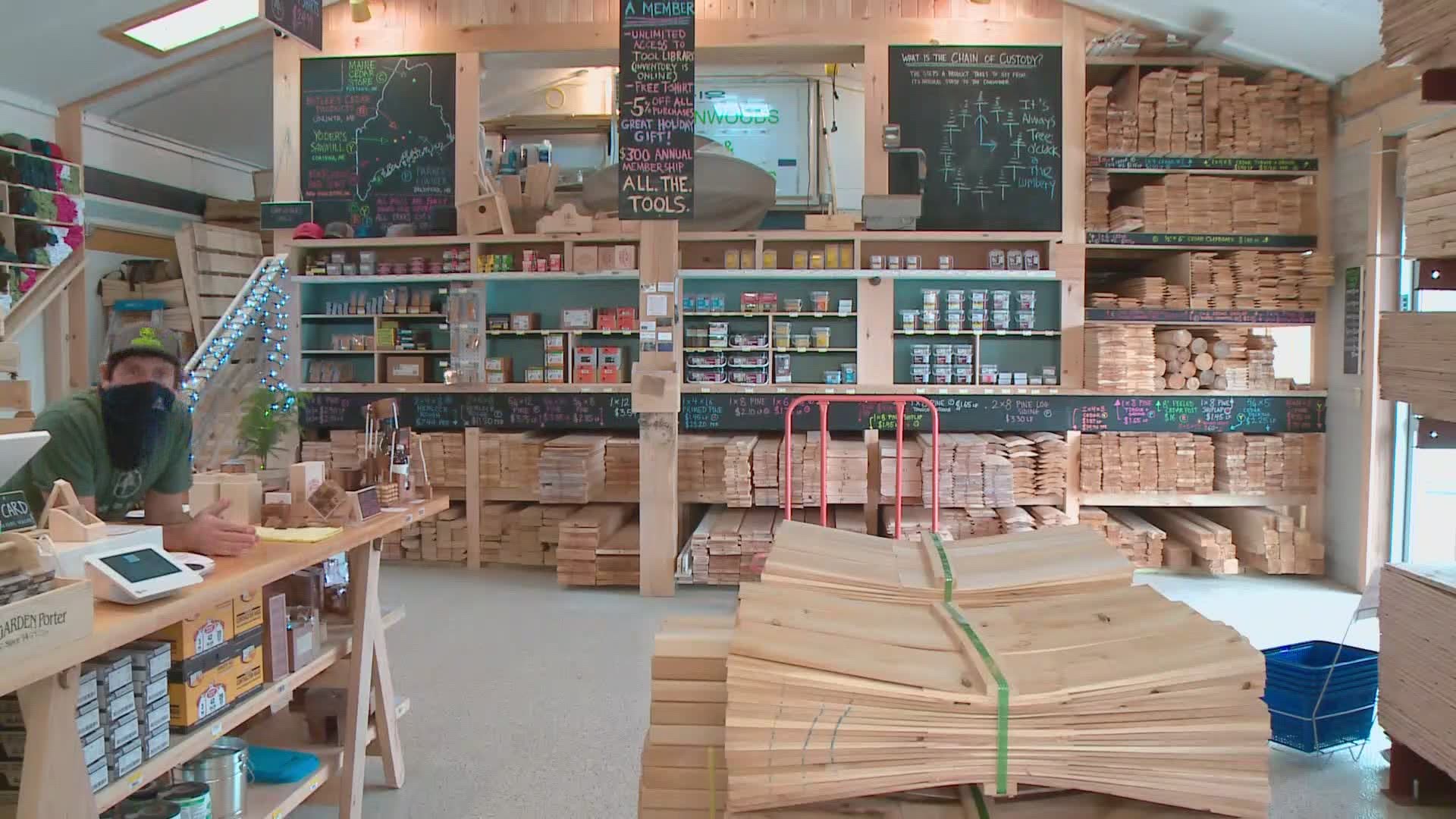 CAPE ELIZABETH, Maine — In Maine, the local sourcing movement is huge. People like to know where their food and other products they use come from.

But surprisingly, one industry in Maine was not represented. That is until a new business in Cape Elizabeth opened its doors.

"We've got little notes by each wood so you'll know when you buy a piece of wood, you look at the board and it corresponds to a mill," said Michael Friedland, one of the owners of Lumbery.

Friedland pointed out that these mills, each of which he has visited, are Maine, family-owned mills.

"The local sourcing movement seems to have leap-frogged lumber, which is odd because we are the Pine Tree State," he said.

Friedland, who has been a carpenter in Maine for 25 years, recently realized the wood he was using was most often 'from away" -- and he wanted to change that.

"I'd say 85 percent of our wood right now comes from Maine," Friedland said.

It's something customers, like Jim Schulz, who's building a deck, appreciate.

"Actually gone to the owner's mill so it's easier for me not to travel all the way to get the cedar I wanted," Schulz said.

And you can find much more than wood here: Lumbery is a hardware store as well.

"We have a big line of drywall tools, all the straps you need for that," said Ryan Holland, co-owner of Lumbery.

Holland, a contractor for 15 years, said that for local contractors and homeowners, the store offers one-stop shopping.

"Working with a distributor instead and being able to handpick the tools we wanted, pick quality tools we like using," Holland said, is a plus.

It's a first-of-its-kind store that opened during a pandemic.

"We were already in for a bundle of money so there was no going back," said Friedland.

"It's not a sales pitch [but] if you buy our wood you are helping Maine, Maine residents, Cape Elizabeth, the environment, [and] the planet," said Friedland.

For more information on Lumbery and its commitment to local communities and Maine, click here.