The 2017 Craft Beverage Modernization and Tax Reform Act cut the cost of produced beer by the barrel in half. On Jan. 1, the extension for the bill ends. 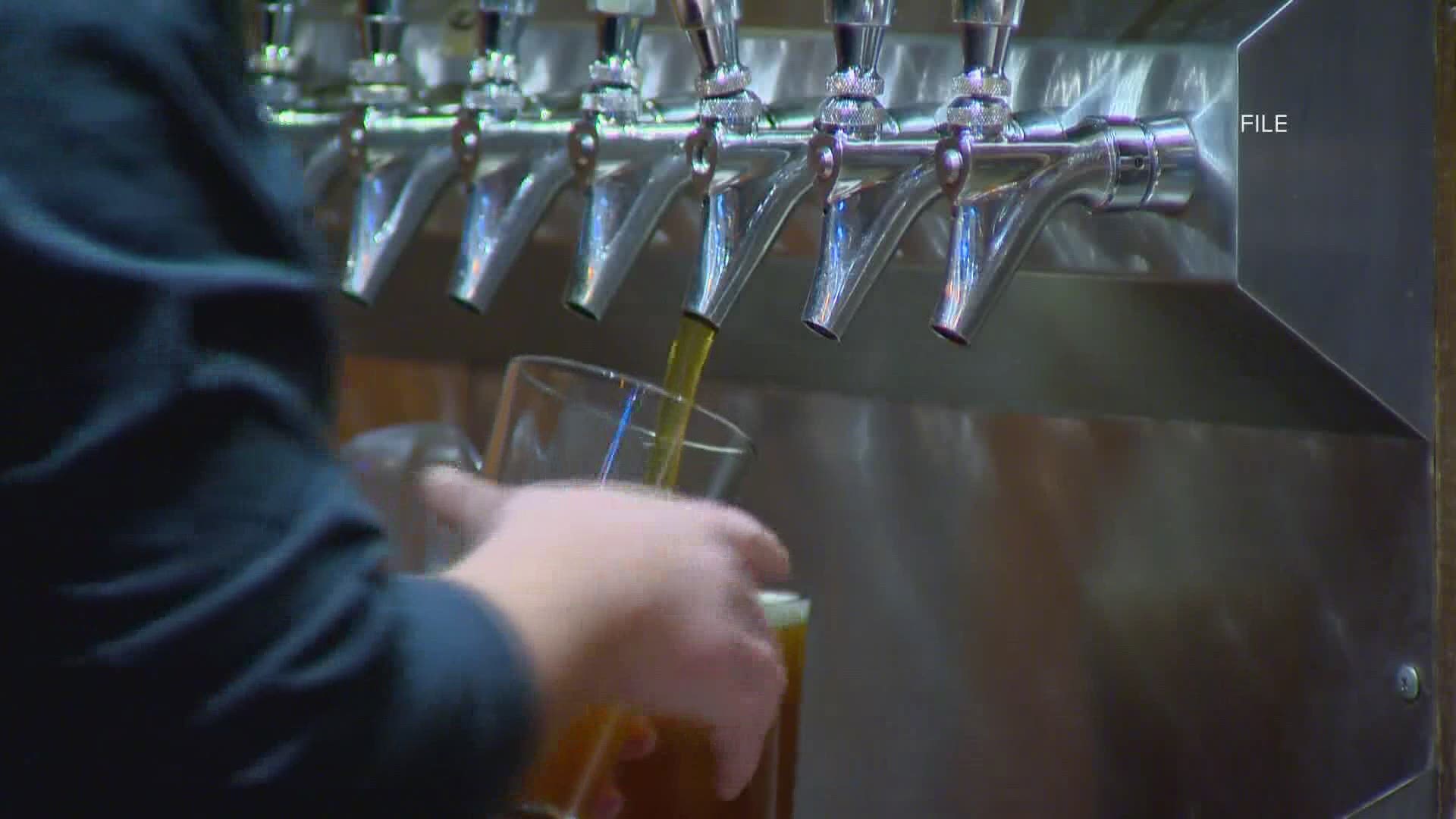 MAINE, USA — The craft beer industry has been growing in Maine for years, and now the state has roughly 150 breweries in all 16 counties.

The good beer, community focused taprooms, and tasty food has allowed breweries to emerge as one of the top tourist stops in Vacationland. While the industry has grown over the years, this year has certainly been a challenge.

“It’s been a lot of unknowns," Jen Lever, the CEO of Baxter Brewing Company, said.

Lever and her 33 employees have been navigating the COVID-19 pandemic like every brewery in Maine has. Adapting every step of the way has been crucial as over the past several months, restaurants, bars and breweries have been hit with multiple restrictions.

One of the biggest challenges facing the industry as a whole right now isn't pandemic related and can be stopped.

In 2017, Congress passed the Craft Beverage Modernization and Tax Reform Act which cut the price of produced beer by the barrel in half. So, brewers have been paying $3.50 per barrel (31 gallons) for years.

The bill was extended last year, but that extension is up on January 1 and legislative action is needed or else Maine brewers will have to pay double their excise taxes next year.

“It’s a little scary to hear how many people would have to question keeping their doors open," Lever added.

Maine Senators Angus King (I) and Susan Collins (R) are both behind a bipartisan push to pass this relief before Congress adjourns for the holidays.

“What I like about it is it’s really tailored to help the small guy," King said. “It recognizes the role of these smaller breweries which by the way is a serious business in Maine.”

Collins said she feels confident that the bill will be extended, or even better, made permanent.

"We have more than 70 senators that have co-sponsored our bill and that's very encouraging," Collins added. "I really would like to see us make these federal excise tax rates permanent so that we don't go through this uncertainty year after year."

Uncertainty is what all Mainers have been going through this year especially new business owners and brewers. Sean Sullivan is the Executive Director of the Maine Brewers' Guild and said 20 breweries opened under this new tax rate.

“They’ve never paid $7 a barrel. They haven’t factored that into their business plan, not because they’re not good businesspeople, but because they never anticipated their taxes would be doubled," he said.

Sullivan added the nature of craft beer is to prioritize quality over quantity and every brewer in the state operates on thin margins.

“Brewers can’t afford for this to happen on January 1.”

“It would be a challenge on top of already challenging times," Orono Brewing Company Co-Founder Abe Furth said.

Breweries and other tourist destinations make their money off the summer season. This summer did not provide those companies with savings and extra money to last the rest of the year.

The fear of a new wave of lockdowns on non-essential business is also concerning to brewers.

“If we go back into shutdown and people don’t serve food in their taprooms, how many more breweries do we lose as an industry across Maine," Lever asked.

Senators King, Collins, and more than 400 other legislators are behind passing this bill because they know the benefit of locally owned breweries.

Lever and Furth said they were extremely thankful for their leadership as they work to pass this tax break.

Furth added his brewery benefited when it was first starting up a few years ago when the tax breaks were new.

“(We were able to) hire more people, create manufacturing jobs, go into communities, and fix up buildings that were not being used," Furth said.

Orono Brewing Company just switched to take-out only for food and beer purchases. Furth mentioned he already can't wait for the nice weather and for folks to come back inside the taproom.

“We look forward to getting back to that in the future when we can gather safely again," he added.

Senators King and Collins added this tax relief bill will be discussed before they head home for the holiday break and are confident it will be extended or made permanent.