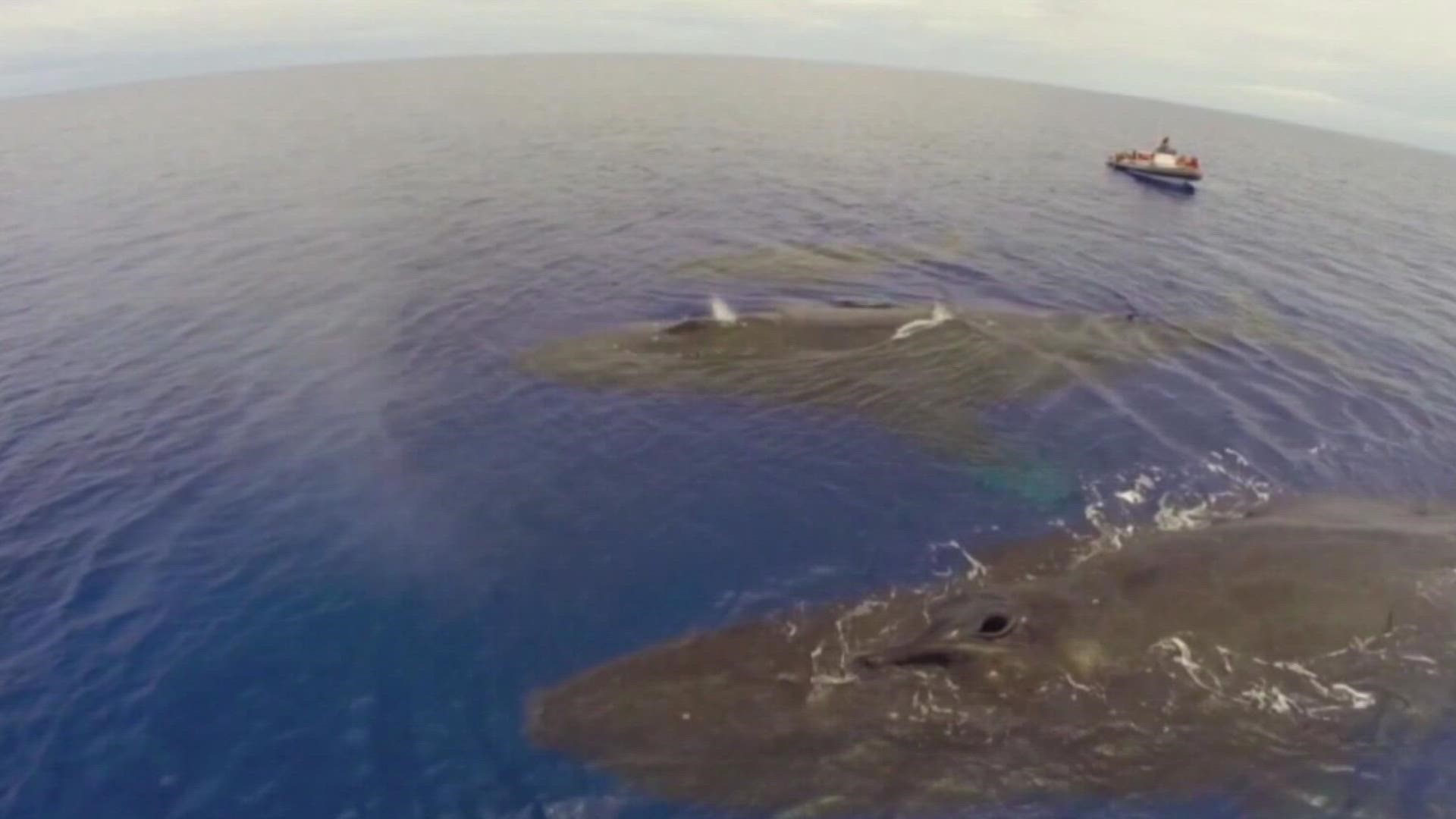 In a complaint filed in U.S. District Court in the District of Columbia, attorneys for the MLA objected to a 2021 biological opinion issued by the NMFS that required fixed-gear fisheries to reduce the incidence of serious injury and death to North Atlantic right whales by 98% over 10 years.

But MLA president Kristan  Porter, a fisherman from Cutler,  says it goes too far.

“In the biological opinion,” said Porter, “our fishery has to have another 60% reduction by 2025 and in 2030 we have to have another, which means 98% reduction, and this fishery can’t survive a 98% risk reduction. We will cease to exist.”

That reduction would be achieved primarily by eliminating ropes connecting lobster traps to buoys, so-called vertical lines, which regulators say pose an entanglement risk to right whales.
Maine lobstermen say they have already taken a variety of steps to reduce the risk to whales, including the elimination of floating rope between traps, and the use of special connectors to allow roped to break away. The new regulations include a requirement for weaker rope at certain points to allow a whale to break away if it does get snagged.

Porter argued Maine should get credit for the steps already taken because he said Maine lobster gear is not harming whales.

“Maine has never had a whale death attributed to it," he said. "The last entanglement was in 2002, and the whale was successfully disentangled and is still swimming today.”

Porter said what Maine  fishermen are being told to do “is way above and beyond what’s needed to save whales.”

The changes are designed to reduce entanglements in fishing gear, which is one of two leading causes of serious injury or death in right whales, the National Oceanic and Atmospheric Administration said in August.

They come amid what NOAA describes as an Unusual Mortality Event, with an increased number of dead or seriously injured North Atlantic right whales documented since 2017.

In its complaint, the MLA argues the "misguided federal decision ... is directly at odds with both the best available science and ecological knowledge gained from the experience of fishermen."

"NMFS's mandate ignores the reality that the Maine lobster fishery already has an extremely low incidence of interactions with right whales due, in part, to a suite of mitigation measures that have been implemented for many years," the suit claims. "Reducing its already low impact by another 98% is not possible without driving most of Maine's harvesters out of business permanently."

But the ocean conservation advocacy group Oceana said the rule should be immediately strengthened.

The suit comes just a few weeks before another part of the new rule is set to take effect. That would require a roughly three-month closure of an area off mid-coast Maine. MLA Executive Director Patrice McCarron said that part of the rule is included in the lawsuit, but the suit targets what she called the "big picture" long-term impacts of the regulations, not specifically the closure.