With the most breweries per capita in the nation, Maine is ready to have a successful summer after last year's COVID-19 closure. 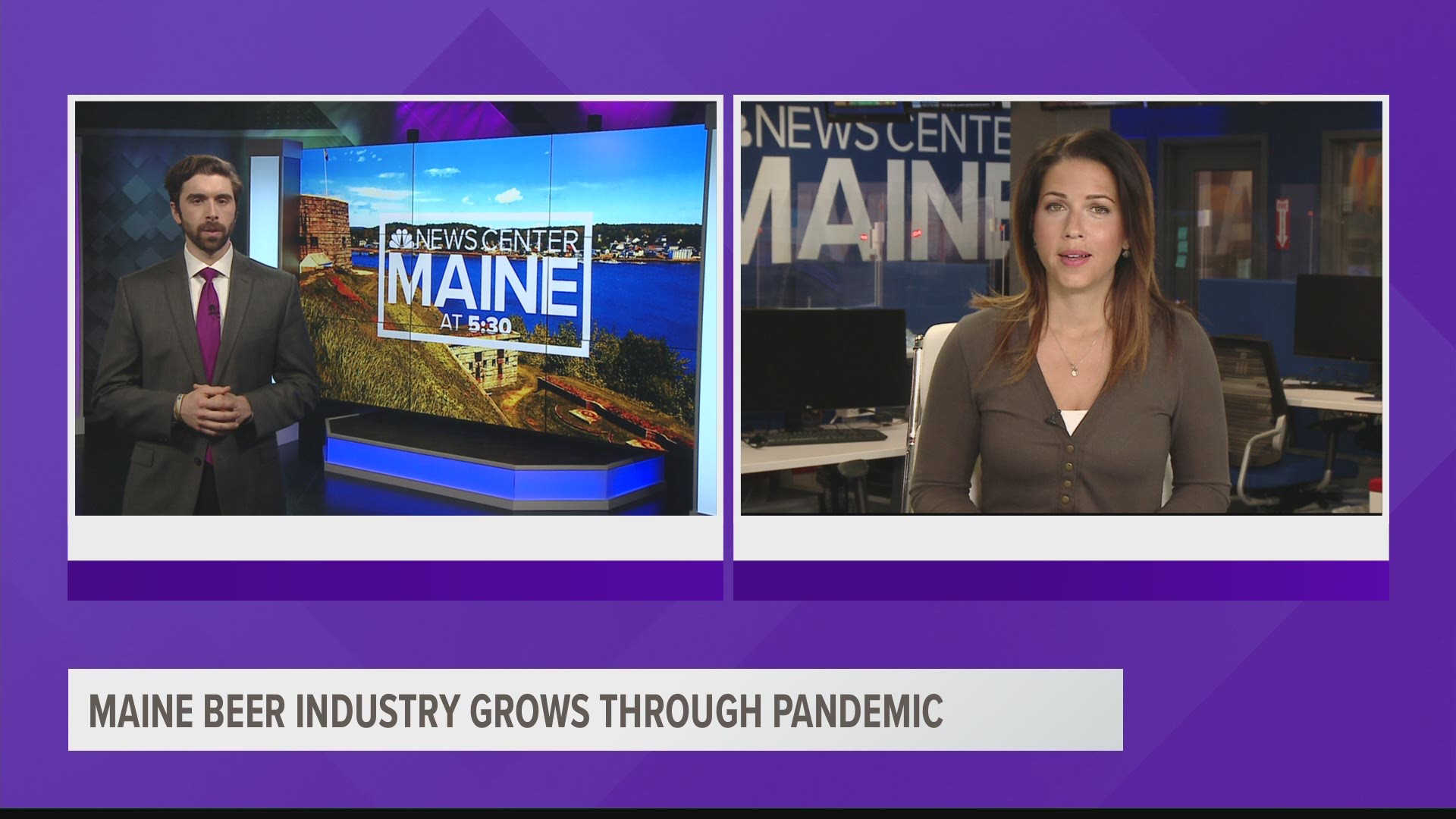 MAINE, USA — After a challenging year, Maine's breweries are preparing for a, hopefully, busy summer.

Some of those elements are as basic as seating layout, Wildes added. Breweries typically have spaced out, outdoor seats, barstools, and tables which is a natural fit during this time of mask-wearing and socially distancing.

“We’re seizing on that spirit as not just a way of getting through but frankly as a way of thriving into the future," he added.

Sean Sullivan is the Executive Director of the Maine Brewers' Guild and said the growth of the industry hasn't stopped since he started his job in 2013, or during this pandemic.

“We had ten breweries open up in Maine last year and we did have a few closures but none that attributed it directly to COVID," he added.

Despite the pandemic's harsh impact on restaurants, bars, and breweries, Sullivan said he expects a busy summer around the state, especially when tourists arrive by the thousands.

“They want to experience an authentic Maine, they want to meet the people behind the products, see where they’re made," Sullivan said.

“There’s a lot of movement within this segment of the industry," he said.

“It almost feels that each town, each community has their own brewery, and some have several.”

Mainers have known about the state's food and drink scene for decades, but Cameron said the national and international attention has increased dramatically in recent years.

Breweries and restaurants, he said, bring their own unique qualities and represent a lot of the "local flare" which is what people come here for.

“That’s what Maine is about, it’s about those authentic Maine experiences," Cameron said.

Now that Maine has the most breweries per capita of any other state in the nation, Wildes said now is the time for opportunity.

As the industry grows, Wildes said his brewery will invest in more outdoor seating, fire pits, space for a live band, and more.

“We’re all competing for the same thing which is elevating the experience of being in Maine," he added.