Jordan's Furniture comes to Maine, brings jobs with it

The state's first Jordan's Furniture store is now open in Maine, adding more than 50 jobs to the local economy. 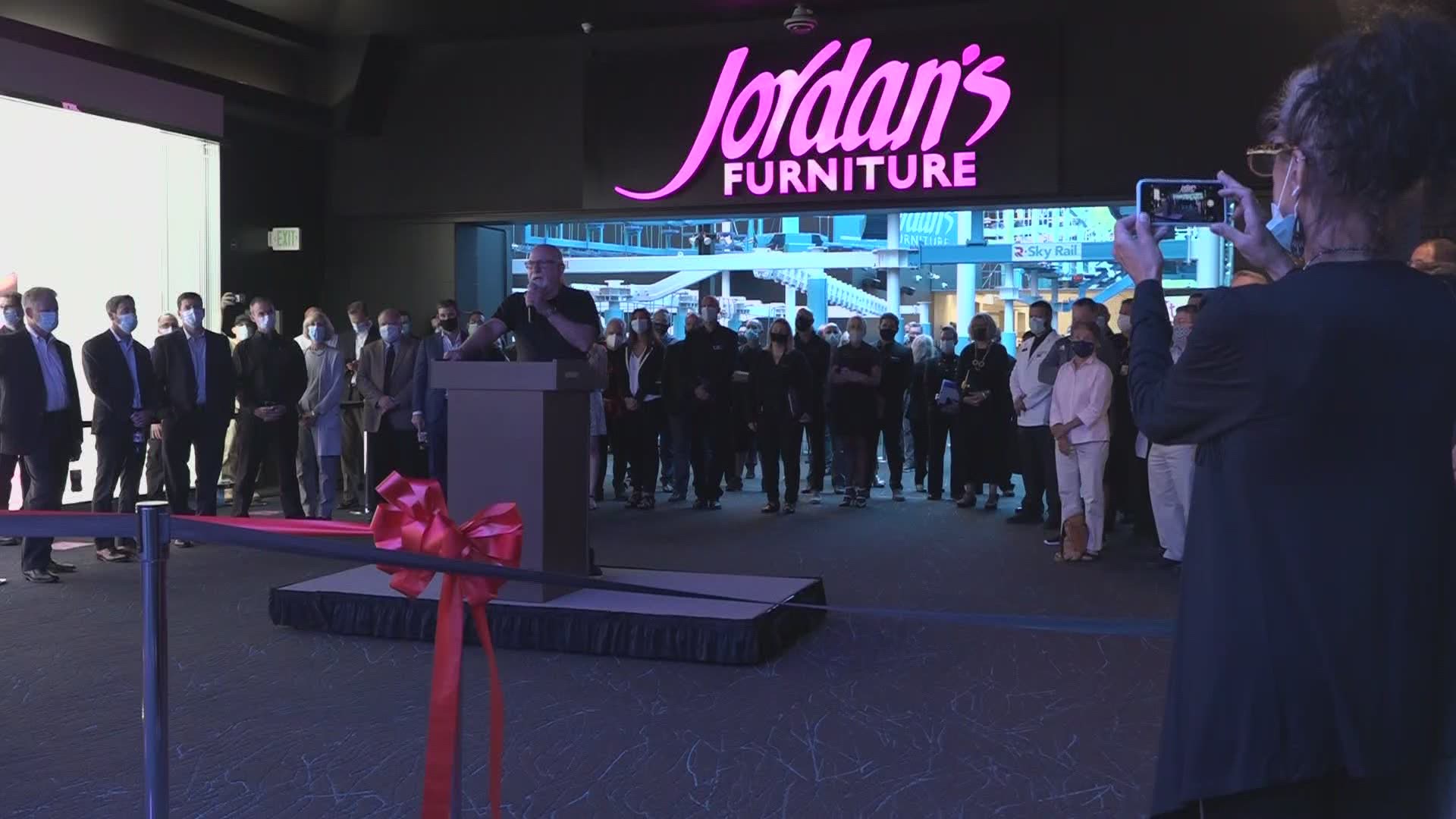 SOUTH PORTLAND, Maine — Jordan's Furniture officially opens its first store in Maine on Friday. It is the home of the state's largest indoor ropes course and largest LED ceiling in North America. And of course, you can shop for furniture there too.

"We're so excited. This has been a long time coming," Jordan's president, Eliot Tatelman said.

He added he has been looking for the right time and spot to open the state's first store.

Not only is the indoor ropes course an attraction at the Maine Mall, but Jordan's staff said it's helping the local economy by hiring more than 50 employees.

"Especially during this pandemic when the economy and people's personal lives are very uncertain," South Portland Mayor Kate Lewis said.

She said that the city is an important 'economic engine' for the entire state of Maine and she's confident this will bring more people to the Maine Mall.

"So the fact that Jordan's Furniture that opened up not just another store, but a destination for people, is really critical," she said.

She added that the Maine Mall has pretty good occupancy numbers when it comes to visitors, but this will just add to those good numbers.

Jordan's is also employing dozens of people in the area, but even before opening day, the project itself had 150-200 subcontractors working here from November until May. Jon Sirois' Jewett Construction team turned this store into a reality.

"A lot of our local subcontractors, it was nice to give them peace of mind during the pandemic, that we were staying open and under construction," Sirois said.

Jordan's is now open at the Maine Mall with two ropes courses. One for adults and one for kids.

The LED lights on the ceiling is the largest LED light display in North America #NEWSCENTERmaine pic.twitter.com/trYRxbGcWa