International Association of Machinists and Aerospace Workers President was in Maine on Saturday to stand with Local S6. 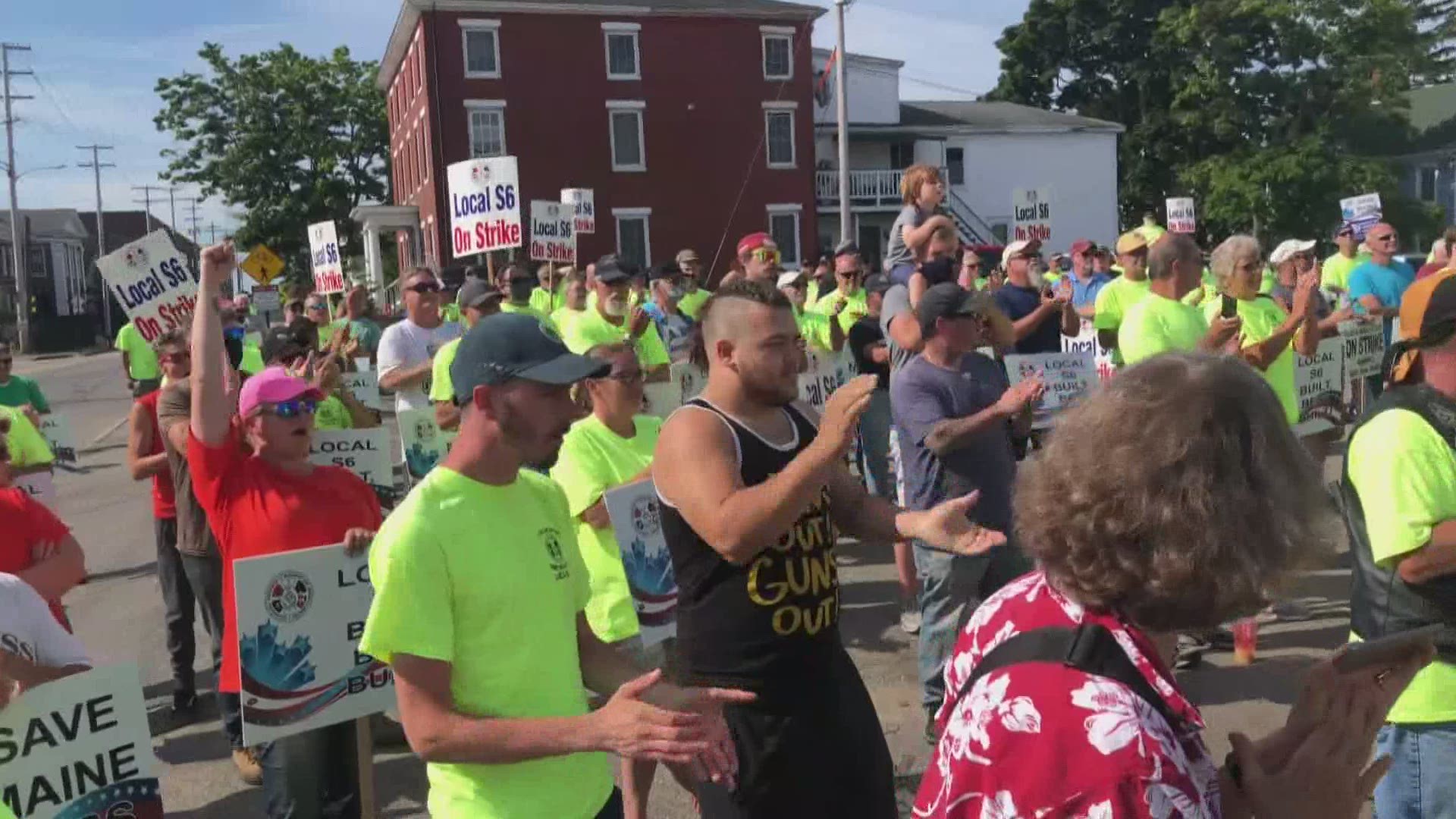 BATH, Maine — 34 days into Local S6 Union's strike from Bath Iron Works and the union workers got a visit from their international president, Bob Martinez.

"It was great, it was great to have 'em down. I'm glad to have their support," Devin Ford said.

Ford has worked at BIW for four years and says he supports the strike, that he voted for it. Even though his wife is pregnant and they have two kids at home.

Martinez was in Bath from Washington, D.C. in order to remind the Local S6 he stands with them.

"This fight is as just as it is necessary," Vitelli said to the crowd.

"It'd be good to know the management would have my back and be willing to support me the way I support them every day when I go through the gates," Ford added.

"BIW remains fully engaged in the FMCS mediation process. When that process calls for the parties to return to the bargaining table and resume negotiations, we are prepared to do so."