Tourism and hospitality industry leaders are trying to remain optimistic despite facing a possible $2.3 billion deficit by the end of the season. 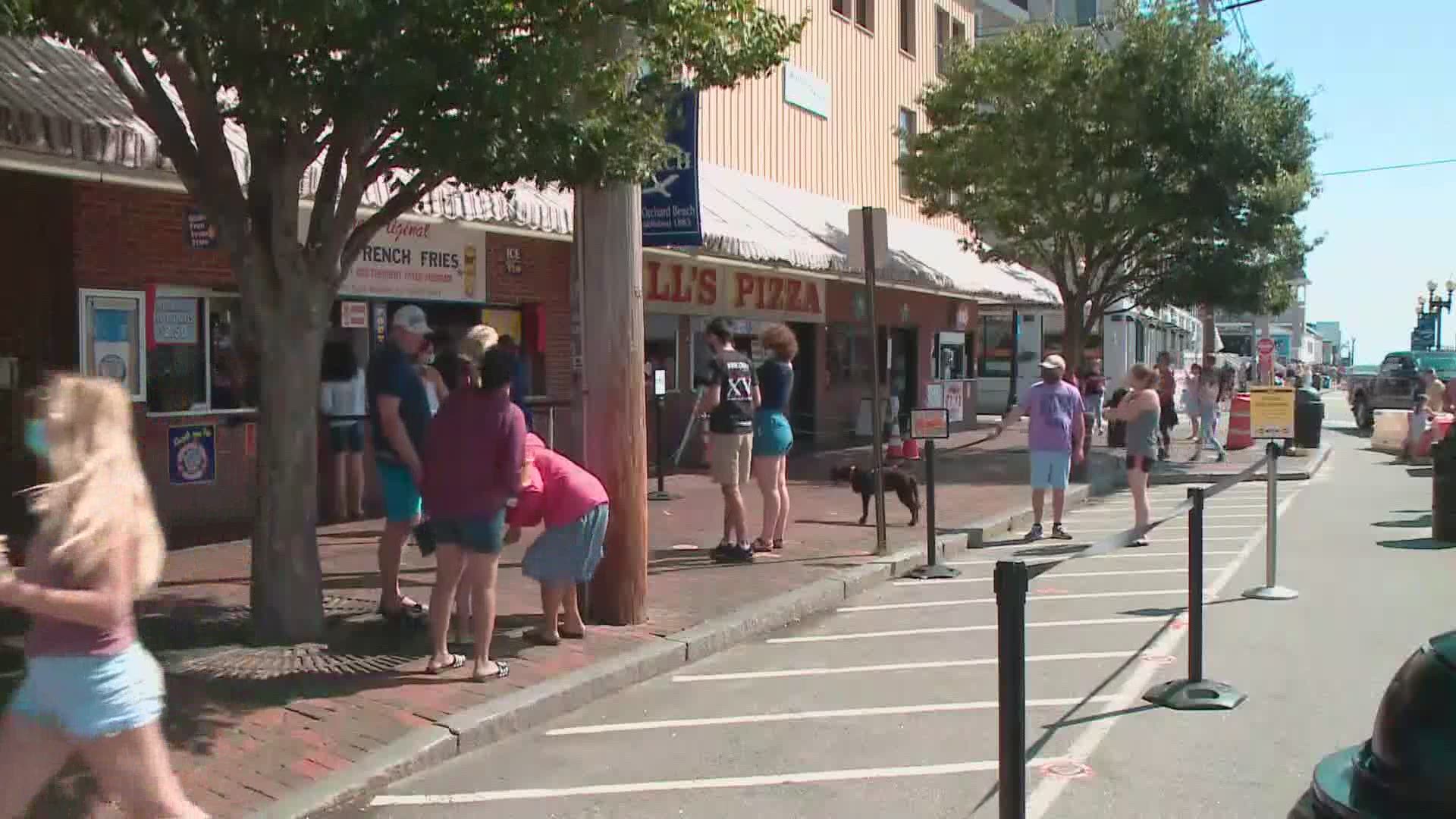 PORTLAND, Maine — Maine’s tourism and hospitality industries are a major lifeline for the state’s economy, raking in billions of dollars annually, however, the figures for 2020 are worrisome for industry leaders who fear for what’s to come on the other side of the coronavirus pandemic.

Tony Cameron, CEO of the Maine Tourism Association, said, "It’s been a huge hit, for sure."

Hewins and Cameron both head organizations that represent hospitality and tourism in the state. They say while Maine had its fair share of visitors this summer, it’s nothing compared to what businesses are used to.

"I think the story has been very difficult for many businesses, in fact, a lot of people have closed and continue to close as the season winds down," Hewins said.

Right now, Maine’s economy stands to lose an estimated $2.3-billion dollars because of COVID-19’s impact on the state's tourism and hospitality industries.

"We ended up seeing some of those worst-case scenarios of things not even being able to happen... things like sporting events, concerts, fairs," Cameron said. "Those things have a real trickle-down effect."

The latest figures from Maine’s Revenue Service show a deficit of more than $400 million in July alone, Hewins explained. He said the numbers are right on track with a study done earlier this year at the University of Maine, which predicted major losses to the state’s hospitality industry.

"This is a $7-billion-a-year industry in Maine and losing this much money in July… you know this is on top of April, May, and June being equally devastating," Hewins said. "This is what’s driving the concerns we all have about the sustainability of the industry going forward."

While some businesses sank, others were able to flourish somewhat this summer. The state is reporting reservations at State Park campgrounds up 32 percent over last year.

Cameron said it's a reflection of how many people were looking to find safe ways to enjoy the season. That ‘safety’ piece playing a big role in why so many tourists are choosing to come to Maine over other destinations.

"There were certainly some segments that benefited and I think did well, but by no means does that overcome the losses that we saw earlier in the year and from things that just didn’t happen at all," Cameron said.

Despite the financial gap, industry leaders are remaining hopeful. They say they are keeping their eyes focused on the future and what comes next.

"Fall still plays an important role, so does ski season," Cameron said. "So, you know we're trying to plan for the winter and how that’s going to look for the ski resorts."

According to a spokesperson for the state, Governor Mills and her team are actively working on a plan for ski mountains and resorts. They are looking at models in both Quebec and Nordic countries and hope to have an update in the coming weeks.