Breweries look to raise a glass sooner than currently allowed

Breweries are slated to open on July 1 under Governor Mills' executive order. Maine Brewers Guild and its breweries are hoping to open earlier, and safely. 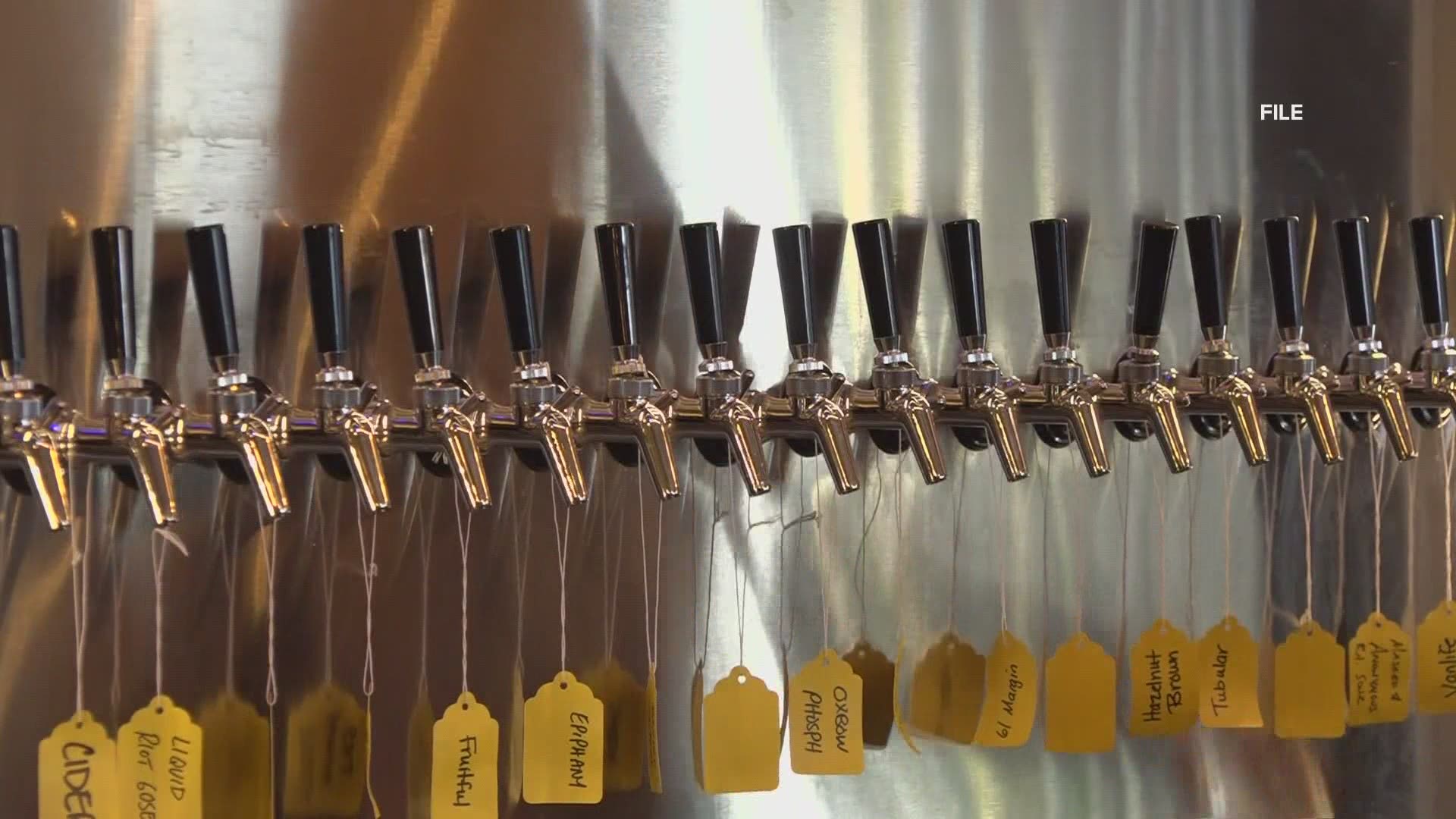 MAINE, USA — The Maine Brewers Guild represents breweries in all of Maine's 16 counties. It's asking Governor Janet Mills to be allowed to open earlier than currently allowed under her executive order.

Because of liquor licensing, breweries are slated to open in the "bars" category on July 1, but the Maine Brewers Guild says it can open safely sooner.

"The way the state is determining who can reopen when is based on what liquor license you hold. Unfortunately, the liquor licenses don't have anything to do with how safely you can serve people amidst the pandemic of how much physical space you have," Sean Sullivan from the Maine Brewers Guild said.

So breweries with restaurant licenses can open, but those that are just tap rooms can't. The Brewers Guild is asking for all to at least be able to serve outside.

"It could make a lot of sense to prioritize letting people with outside areas open if they want to," Abe Furth said.

Furth is the owner of Orono Brewing Company and the Vice President of the Maine Brewers Guild board.

Furth said he doesn't exactly know when he will open, "we just have a responsibility as the Maine Brewers Guild board to look at this not as a single brewery, or as our own brewery but as all the breweries in the state."

Furth said he and his team are making plans to space out picnic tables and offer outdoor service.

Orono Brewing has been doing curbside and delivery orders, "But we're also very excited to share our place again when the time is right," Furth said.

In Kittery, Woodland Farms Brewery is caught in the web of different licenses. It can't re-open yet.

"We're just as capable to provide a safe and healthy place as a restaurant," owner, Patrick Rowan said.

Rowan said being so close to the New Hampshire border makes the wait worse.

"On the border and watching everybody around us start to generate revenue again and us not be able to do so is certainly a frustrating situation."

Rowan added he wants to be able to serve his mug club members. The people who have helped his brewery through December and January when there are no tourists in town.

One in five people who visit Maine say they go to a brewery—that's about 9 million people. In 2016, breweries brought in $228 million to Maine's economy.

"We've been talking to breweries for weeks and weeks. Trying to work with them in parts of the state, how they can re-open to some extent. But we're not there for all the breweries," she said.

Sullivan said the state is speeding up the process for any brewery that wants to change its license classification, which might lead to tapping its kegs sooner than currently allowed.

RELATED: US cuts ties with WHO over virus, takes action against Hong Kong