The manufacturing industry has continued to thrive during the pandemic. With the growth, the need for more workers has come front and center. 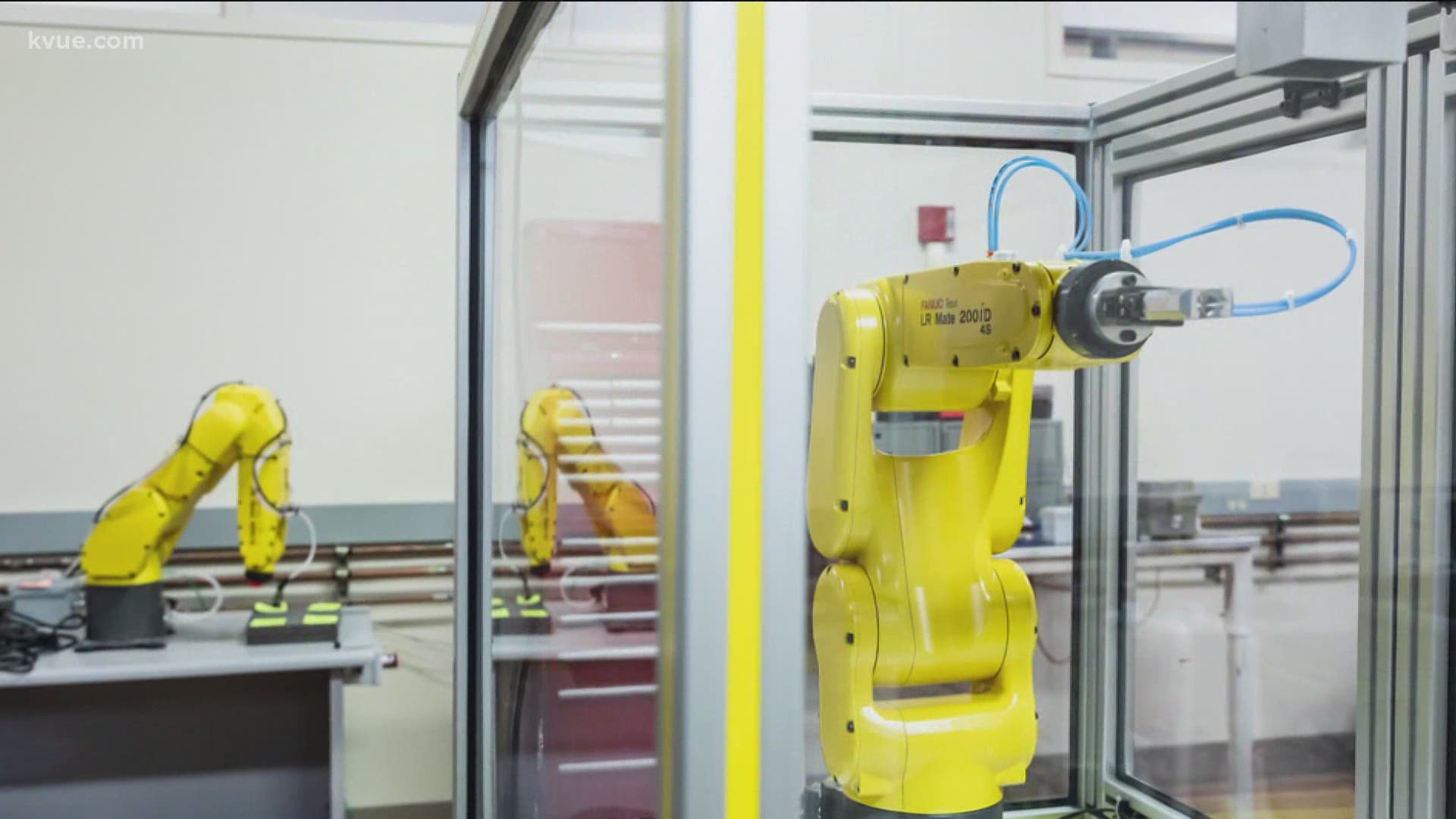 AUSTIN, Texas — Since the pandemic began, manufacturing has not stopped.

"We never shut down one day," said Eric Wichmann, vice president of the Southwest Region for Virtex Enterprises.

Throughout the pandemic, Virtex has not been able to keep its building along Interstate 35 in North Austin filled with workers.

Wichmann at first said being shorthanded was a product of unemployment benefits going up and people being able to make more through those benefits than they would at Virtex. However, since Gov. Greg Abbott opted Texas out of additional federal benefits, people have started to submit more job applications.

"It's something that we're adjusting to and we're going to have to continue to make those adjustments," Wichmann said. "We offer everything from $12 to $17 [an hour], but we understand that's going up. I think it's probably where the market is right now. But I think, in the future, it's going to go up, especially with the competition for the workers that's coming."

Wichmann added that the number of jobs in manufacturing is outpacing the number of workers. Skillpoint Alliance, an Austin-based manufacturing training nonprofit, opened 100 new training slots in its Certified Parts Technician (CPT) program to try and fill some of those positions.

"We're out there educating the community through various entities to try to get the word out about what the class is and what the needs are in the manufacturing industry," said Kevin Brackmeyer, Skillpoint Alliance's executive director. "It's projected over the next two years that there's 15,000 jobs that are going to be out there. We have employers that are ready to hire tomorrow when they graduate, when these graduates get out."

Skillpoint Alliance's CPT program ranges from six to 15 students. On Friday, a new class of six students will graduate, some with job offers already on the table.

RELATED: You can get paid to train for a new career. Here's how.

"I found I wanted to find something that kind of had stability for, for my future. I kind of want to make a career out of something," Quiroz said.

Quiroz already has experience and expertise in multiple industries but said manufacturing ties all of his knowledge together.

"I do have a degree in graphic and web design," Quiroz said. "I'm also an artist myself, so that creativity, I'm able to push that to the next level with 3D printing. All you need to tell me is like, 'Oh, you can do this. This does that. He did that. He put in the tools.' Now it's for me to take those skills and keep pushing."

Saif Ur Rehman Ludin graduates alongside Quiroz on Friday. Ludin immigrated to the U.S. from Afghanistan in 2015 and jokes that speaking English is like speaking a "fifth language." Because of polio, his right leg cannot support his body weight without the assistance of a brace. Ludin takes it all in stride, only complaining about one problem: his brace wears holes through his pants just days after purchasing them.

He went to multiple companies asking for a solution. None helped him, so he took the Skillpoint class and created his own.

"This little tiny thing, you know, it was cutting my jeans because the jeans was being stuck right here," Ludin said, pointing to the hinges of his brace.

To fix his problem, Ludin created a design and started 3D printing a cover for the brace's hinges as a project for his Skillpoint class. He plans to continue pursuing manufacturing now that he's learned the safety elements and some background on different machines.

While Skillpoint's 100 open training opportunities are free, they are not going to solve the manufacturing worker shortage single-handedly. Brackmeyer's staff hopes more people will see the importance and excitement behind manufacturing.

"Sky's the limit. You can learn anything you need. Even then, the sky's not even the limit, right, we've got SpaceX, they're going into space! There are no limits now. OK, so there's nothing to stop you from getting into it," Justin Frost, who taught Ludin and Quiroz's CPT class, said.