The new regulations, which are intended to protect endangered North Atlantic right whales, were announced by NOAA on Aug. 30. 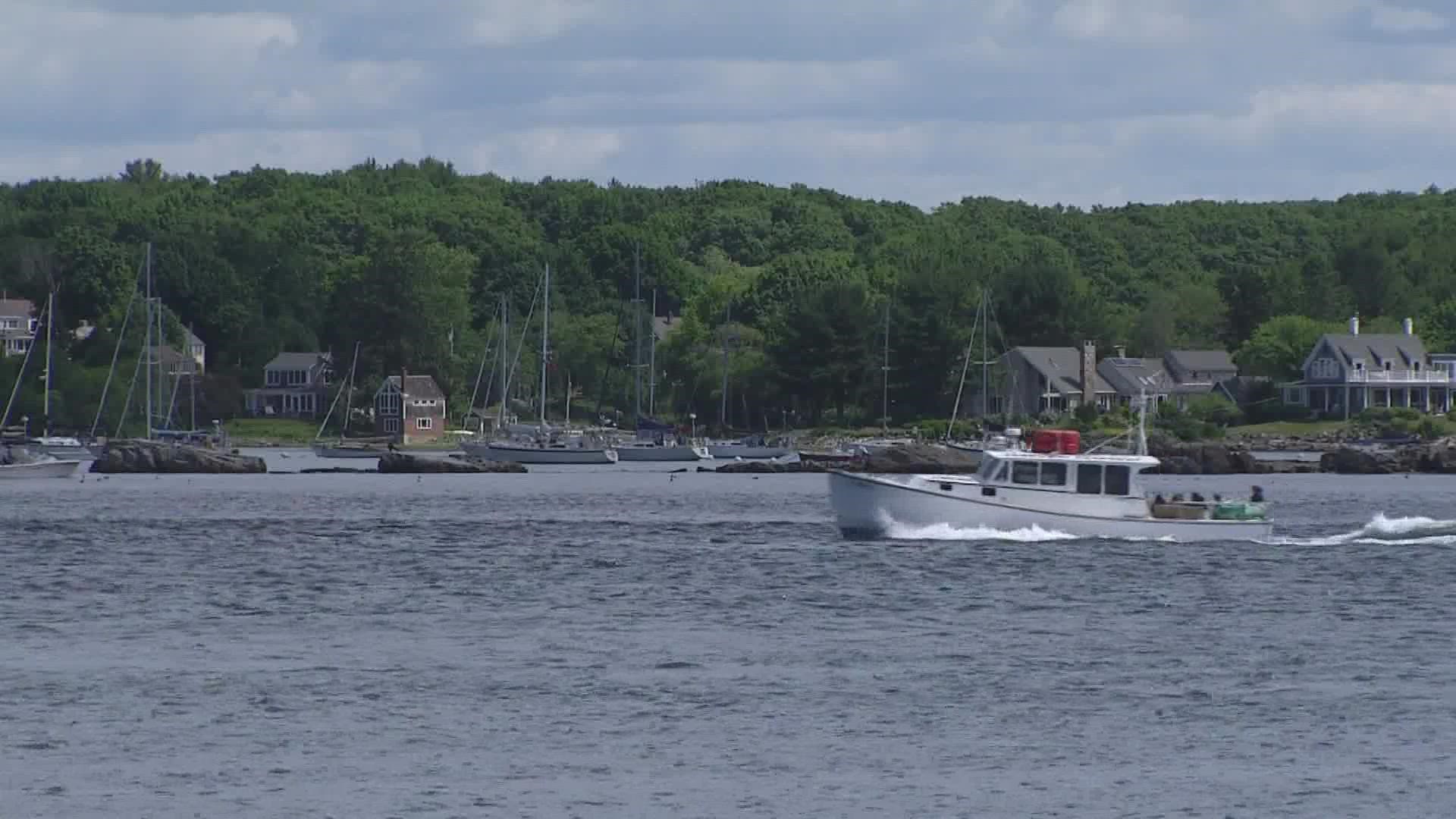 The new regulations, which are intended to protect the endangered North Atlantic right whale, were announced on Aug. 30 by the National Oceanic and Atmospheric Administration.

Maine lawmakers are now asking federal agencies to re-engage with the state of Maine to find a different path forward. Rep. Billy Bob Faulkingham, R-Winter Harbor, a lobster fisherman, initiated the letter. It includes signatures from 151 Republican, Democrat, and Independent state legislators from across Maine.

It's not just state legislators that have expressed opposition to the new regulations. In a united display of opposition, Maine's Congressional Delegation and Gov. Janet Mills issued the following joint statement on Aug. 31:

“The Maine lobster fishery has repeatedly made significant improvements to their practices and modifications to their gear to protect right whales, including the implementation of weak link mandates in 1997 and again in 2007. Notably, there has not been a single right whale entanglement attributed to Maine lobster fisheries in nearly two decades. In recent years, the Delegation and the Mills Administration, including the Maine Department of Marine Resources, have worked closely with the Maine Lobstermen’s Association, the Maine Lobstering Union, and other stakeholders to ensure that their input was received by NMFS with the goal of regulations that are fair, safe, and reflect the reality in the Gulf of Maine. Unfortunately, the final rule does not meet those standards.”

We agree that we must protect the fragile right whale population, but we must do so without endangering human lives or livelihoods. It is unacceptable that Maine lobstermen and women continue to be the primary target of burdensome regulations despite the multiple effective mitigation measures they have taken and the data showing that ship strikes and Canadian snow crab gear pose substantially greater risks to right whales. We will continue to work with our partners in the lobster industry to support this vital part of Maine’s economy and heritage.”

“The new federal regulations are an affront to the men and women who have made a living on Maine’s working waterfront for generations. For years, lobstermen have adapted to new regulations designed to protect endangered species while providing for their families. They’ve done their part to preserve and protect our environment because their livelihood depends on it. So for the federal government to impose wide-reaching regulations on Maine lobstermen when there is not a shred of evidence to suggest these men and women are responsible for any right whale deaths is a slap in the face. It’s also not surprising. We see this in the logging industry all of the time. Instead of going after the people and entities responsible for causing the problem or violating rules, federal regulators impose blanket regulations on working men and women — regulations that only make people at the top feel good but do nothing to solve the actual problem.

I’m deeply disappointed that NOAA has decided to dismiss the voices of Maine’s lobstering workforce and chosen to go ahead with damaging regulations that do nothing more than hurt our fishermen, while the real threat to right whales remains — Canadian ships.”

"Maine lobstermen and women are not killing right whales," spokeswoman Crystal Canney said in a release. "Why would you penalize an iconic Maine industry for the sake of being able to say you are saving right whales? It’s like cutting off an arm when it’s the foot that is the problem and pretending you have fixed the problem. This industry is under fire from every direction – right whales and large industrial aquaculture. The whale deaths are not in Maine nor at the hands of Maine lobstermen.”

Also on Aug. 31, Demi Kouzounas, chairwoman of the Maine GOP, agreed, saying in a release that the decision "will destroy the industry and decimate local economies who have relied on lobstering for generations."

But some environmental groups worry the "weak rules" leave the critically endangered whales still in danger.

Whitney Webber, campaign director for the ocean conservation advocacy organization Oceana, said in a statement on Aug. 31 that "the rule must be strengthened immediately":

“After four years of rulemaking, it’s disheartening that despite the legal obligation to be stewards of North Atlantic right whales and help them recover, the government has once again failed to take aggressive action. North Atlantic right whales are sliding closer toward extinction due to known, human-caused risks, including fishing gear entanglements. In February of this year, an 11-year-old male known as ‘Cottontail’ was found dead off South Carolina after being entangled in fishing gear for months. With only around 360 whales remaining, there is no room for shortsighted solutions. We can recover this species, but it will take meaningful, strong regulations to keep deaths below one per year —the level the National Marine Fisheries Service says is needed to support recovery.

The National Marine Fisheries Service’s overreliance on weak rope, which is designed to break with the strength of an adult whale, is insufficient because it continues to put calves and juveniles directly in harm’s way. Proven management tools that will reduce interactions with the roughly 1 million fishing lines are available, yet the government declined to consider these tools because they were ‘unpopular with stakeholders.’ Oceana and its members are stakeholders in this crisis as well. This disregard for public comment by the Biden administration is disappointing.