Berry season is booming in Maine

Even with COVID-19 guidelines in place, double the number of people went out to opening day at Libby & Son's than the last two years combined. 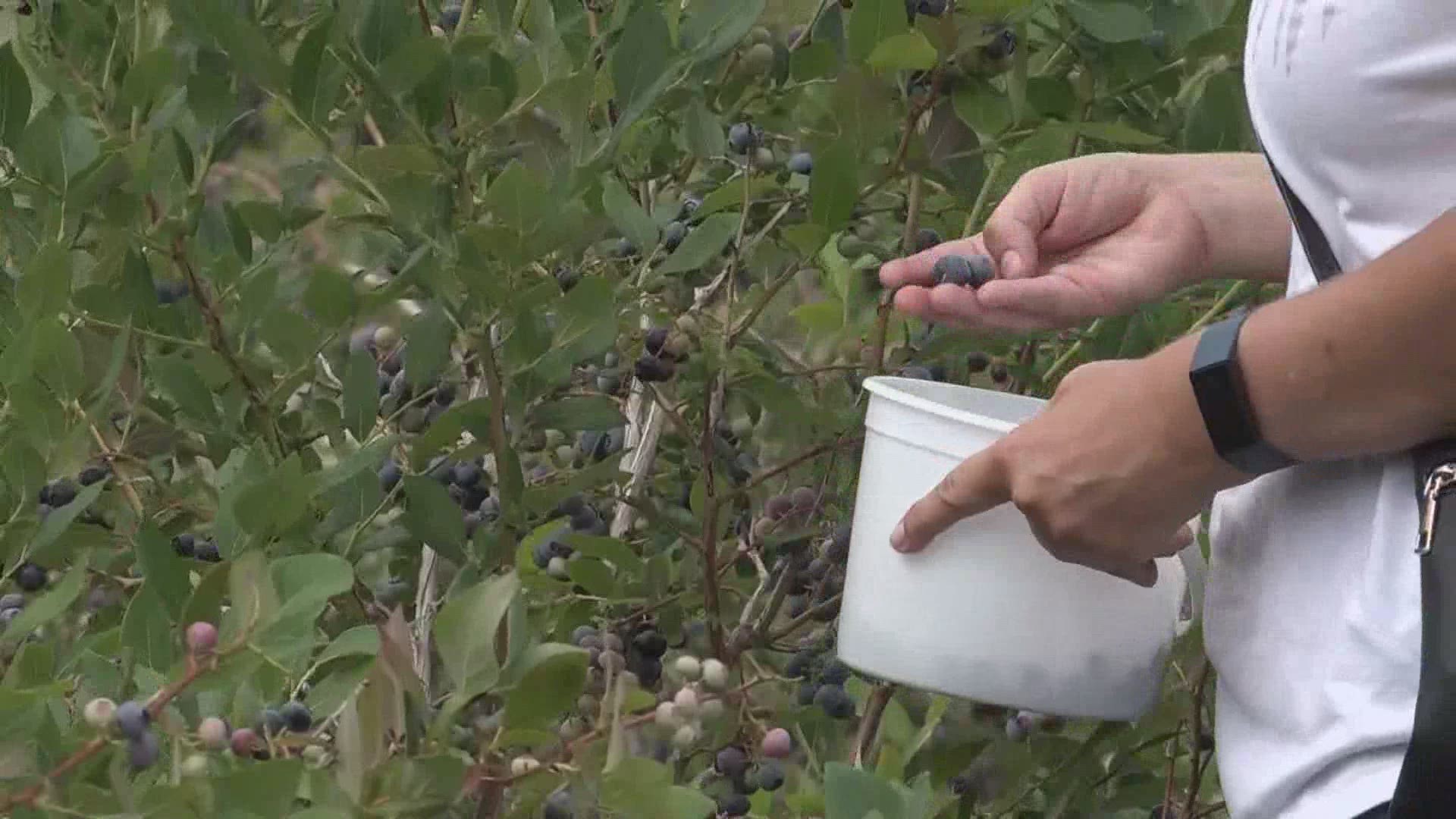 LIMERICK, Maine — Blueberry season is upon us and Aaron Libby from Libby & Son's says it's been a busy year.

"People wanna come outside, be outside," Libby said.

Libby added that there are COVID-19 safety measures in place at their farm in Limerick this year.

All staff are wearing masks; customers are required to wear masks when near other customers; customers are to practice social distancing when in lines; no one is allowed to bring in their own containers; and instead of weighing berries at check out, you purchase a container and pay per container.

Even with all these measures in place, "we've doubled up the last two years, '18 and '19 combined," Libby said.

Blueberry season just started about a week and a half ago, at Libby & Son’s, opening day doubled the number of people in the last two years combined #NEWSCENTERmaine pic.twitter.com/6MFj8Dd2Lg

Families picking berries on Sunday said they were happy to enjoy a socially distant activity and be out of the house.

"People are going stir crazy and I think everyone just wants to get out," Amanda Jones said.

Jones' 7-year-old son Blake said he loves to eat the berries as he's picking them and her 3-year-old son Kade calls the family activity 'blueberry hunting'.

Jones said her family comes to Libby & Son's every year. But this year, "it makes it fun and some sense of normalcy."

"It gives a chance for everyone to be out there," David Dineen of Massachusetts said.

He and his family are on vacation in Maine and said they feel safe picking berries.

"We're all, you know, distant from each other," Elizabeth Dineen said.

Libby added the industry as a whole is growing, with more people wanting to get out of the house and outside.

"The pick-your-own experience is a growing industry and it has been for probably about the last decade at least," he said.

Blueberries are the hot ticket in town, but it's also summer raspberry season. Apples will start up in late August.