Bars and tasting rooms in Maine can soon reopen, but some have already changed licenses 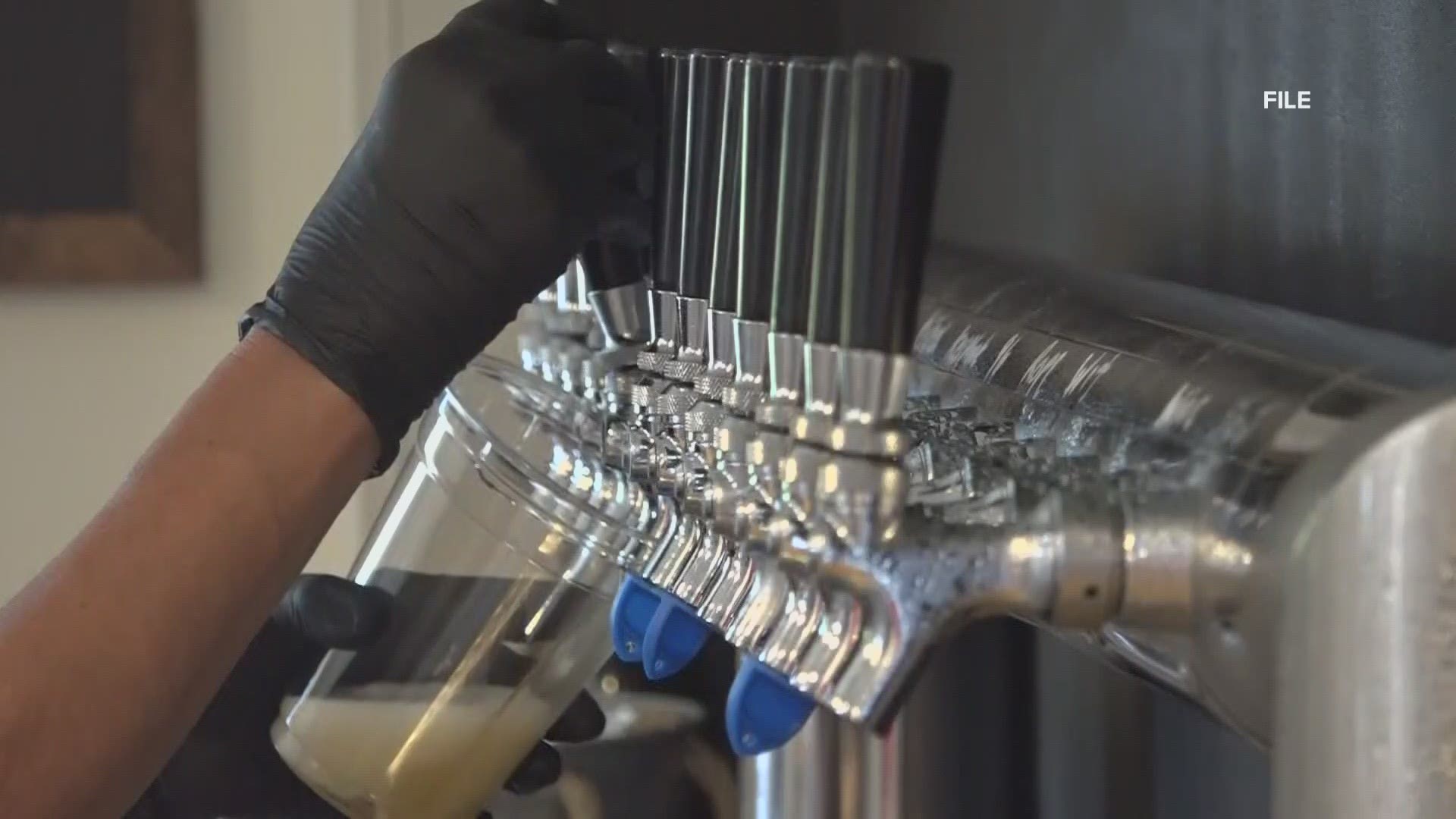 Woodland Farms Brewery in Kittery, however, had to change its business model due to the pandemic.

"Once it got cold it became very clear that it was not going to be sustainable for us to keep our tasting room open if we didn't do something about that,"  Woodland Farms owner Patrick Rowan said.

That something came in the form of a different liquor license. A three-week process and $500 later, Woodland Farms opened for indoor service again in December.

"Whatever it takes, so now we sell hot dogs and soup and things like that," Rowan said.

For others in the brewing industry, this is good news.

Safely is a keyword because, while restrictions are loosening, one thing will remain the same: CDC guidelines will continue to be part of our daily lives.

So while it may be time to raise a glass, officials are urging Mainers and those who can visit Vacationland to do so safely.

“Public health and economic health go hand-in-hand – and this plan aims to achieve both,” Mills said in a release Friday. “By maintaining proven health measures, providing straightforward protocols, and establishing clear timeframes, this plan will protect the health of Maine people and visitors alike and support Maine’s economy during our critical tourism season.”

However, the plan says those capacity targets can be dialed down if the Maine CDC determines hospital capacity is at risk or if a new variant "poses a significant risk to public health."