More homebuyers in Maine interested in rural communities, others selling to take advantage of the hot housing market

Houses keep flying off the market, home sales in March were almost 17% higher than the same month last year. 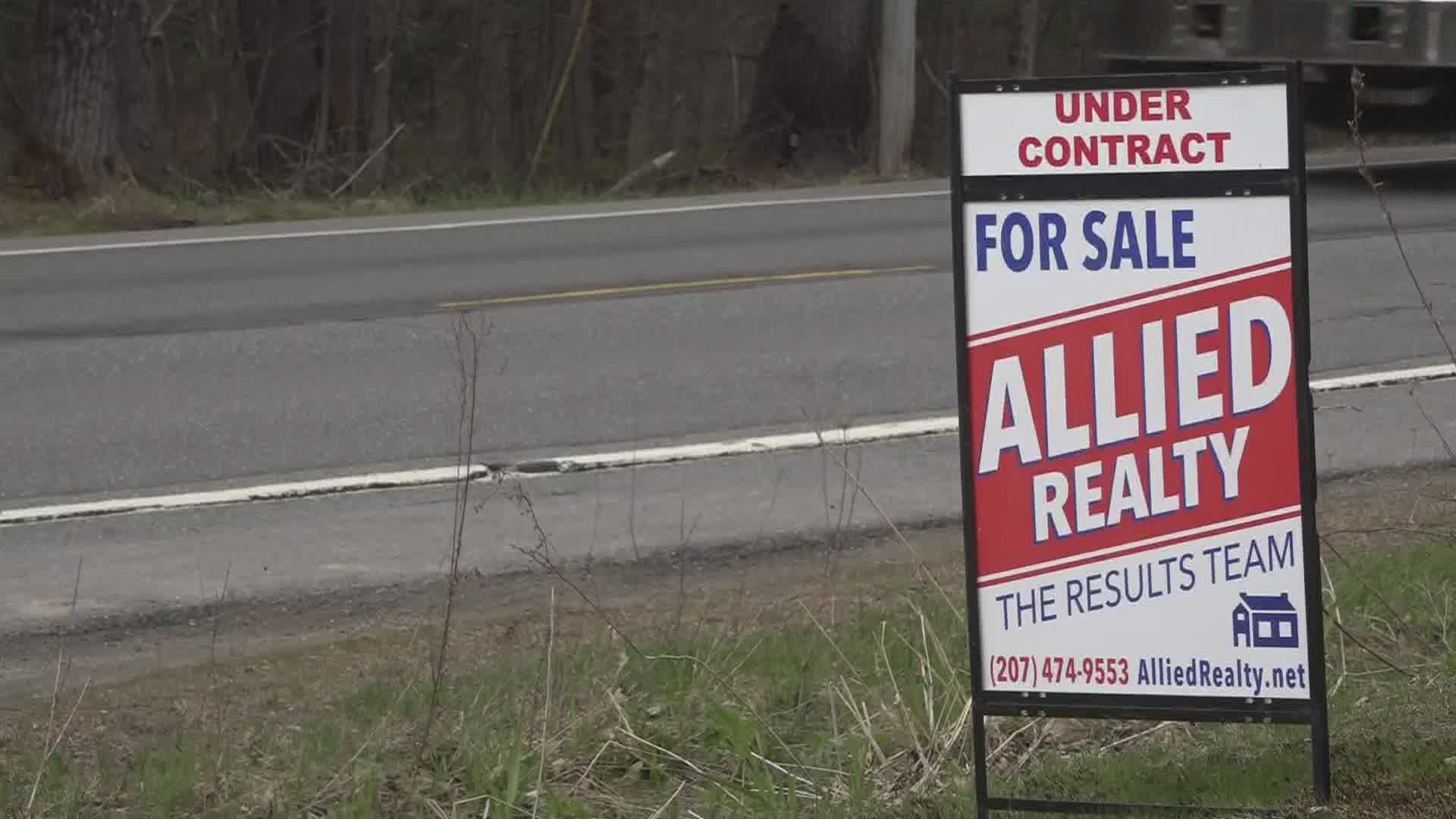 Low supply and high demand is also driving up prices.

Maine Association of Realtors President Aaron Bolster said the number of days houses spend on the market keeps dropping, even in the most rural parts of Maine.

With more people working for home permanently, Bolster said some of his clients are okay with living away from Maine's bigger cities.

"With the out-of-state traffic being heavier, it's about 2/3 Maine residents purchasing and about 1/3 of out-of-state buyers, that's also driving the most rural parts of Maine as well," Bolster said.

Sonia Jacques has lived in a four-bedroom house in Norridgewock for 19 years. She was thinking of downgrading when her youngest son went to college but decided to sell now and take advantage of the hot housing market.

Jacques has two more days to pack up her house and a new buyer already signed an offer a few days after listing it.

"I've cried, I've laughed, I've been excited, I've panicked, I've cried," said Jacques. "I called up my older son at college and I said 'I want to run something past you' and he was like what's up? and I was like..what do you think of me selling the house sooner?"

Jacques's son was ecstatic as her plan is to build a smaller house from scratch, but in the meantime, they will live at a property by the Kennebec River, also in Norridgewock.

Her agent is Aaron Bolster, the President of the Maine Association of Realtors and the designated broker for Allied Realty. He said,

"There's a very much a curious seller out there that says 'well we are not ready today, but I could be ready if financially it makes sense," Bolster said. "If they have their camp that they are looking to maybe turn into year-round, they are the real winners here."

Bolster adds there is no secret there are more buyers than sellers but there is a "new" seller market as more and more people decide to move their selling plans forward, like Jacques.

"My goal was to be debt-free by 55, that's what I worked hard at as a single mom and I was pretty close to it," Jaques said.

Realtor Aaron Bolster said it is the right time for sellers if you don't have to buy a new home, right away. He said when you have to sell and then buy, you are selling high but you are also buying high. "So it may be more of a lateral move for you," Bolster said.

Bolster recommends you first explore your options with a real estate agent to have a solid plan and strategy.

He adds mortgage rates, the 30-year fix is going to be relatively extremely affordable. "They are still going to be in the 3%, that is extremely favorable in driving the continued demand in homeownership," said Bolster.

Home values will go up because the cost to build a house right now is high and the labor to build them is short. "Even here in Maine, we've underbuilt over the last 10 to 12 years, said Bolster. "Contractors are overwhelmed right now, they don't have the time and resources to build new homes."