A donation that will help students expand their knowledge and learn new skills to apply in the trades. 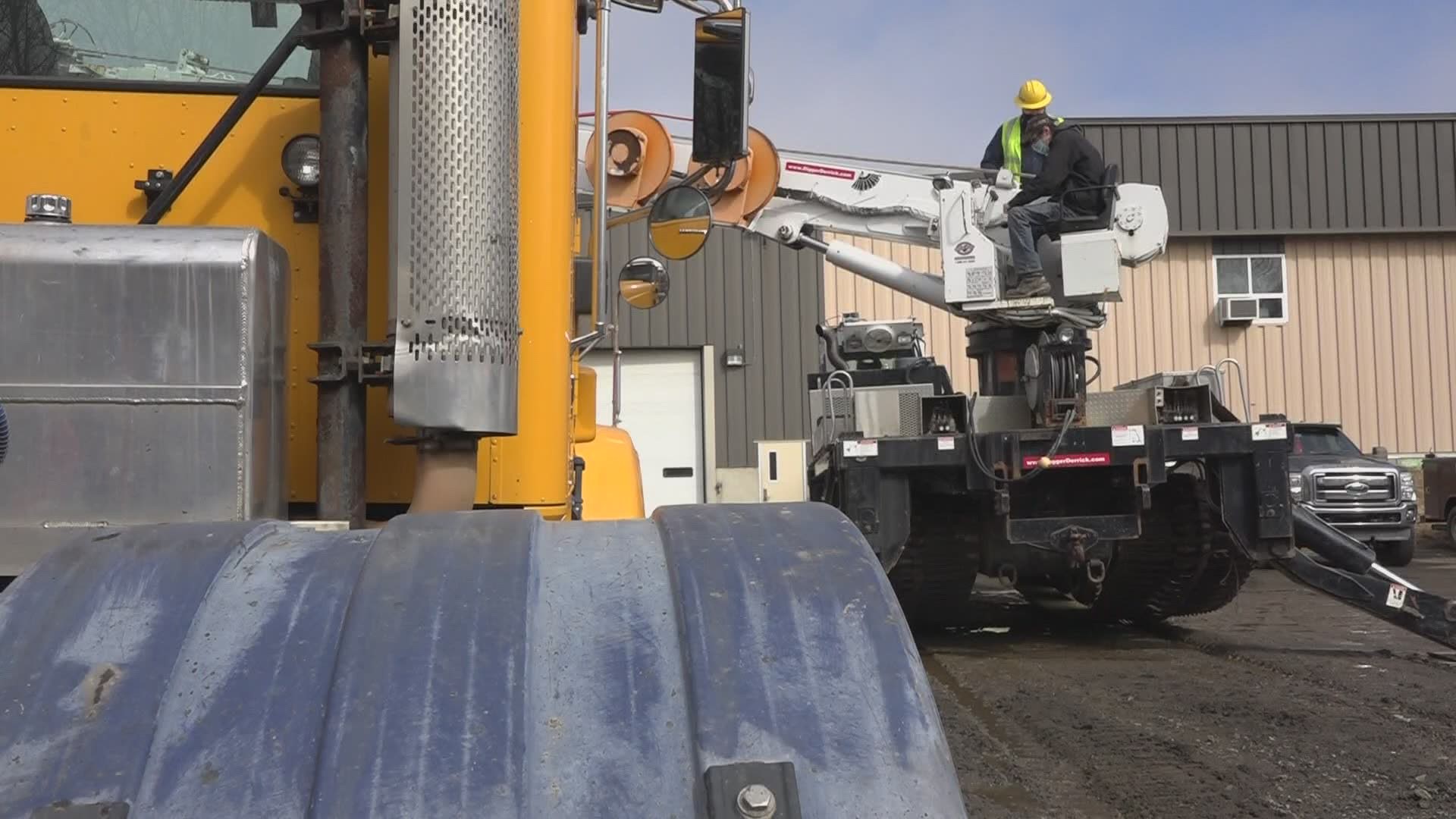 Students now can learn hands-on from a new piece of equipment to better prepare them for skilled trades jobs.

"Versant Power is happy to donate this retired off-road tracked vehicle to EMCC for educational use," said Paul Miller, Versant Power VP of Engineering and Operations, "We know it will provide students in the Diesel, Truck, and Heavy Equipment program with the improved hands-on experience they need to succeed in their studies and their careers."

James Chichetto is a mechanic first class at Versant Power, he came over to EMCC to teach students the first day they learned from the truck and its specific operations.

All in an effort to help the industry grow and expand, and push for students to consider careers in the trades.

"It's fantastic 'cause when I go back to work, between semesters, I can implement what I've learned here into my everyday job," said one of the students.

An old truck from @versantpower is a new teaching tool in the heavy equipment program at @EMCCAdmissions in Bangor!

A Versant Power mechanic taught students at the college as more businesses are looking to hire skilled trade workers.

"There is definitely a need for it, and if you like it you might as well give it a shot and see how it goes," said another student at the program.

Chichetto is a former student of EMCC, back in 1998. He says it's been a very fulfilling career so far that has allowed him to work all over the world. Chichetto says nowadays there are fewer people to fill the skilled trade positions.

"Unfortunately today's society has kind of put out a stigma that the trades aren't a good place to be, they are kind of forced parents and counselors and teachers to force their kids towards a 4-year university because that's where everyone says the money is but you can easily enter into a trade and make 6 figures if you want to apply yourself," Chichetto said.

"Using this piece of equipment they can learn, the hydraulics, the drive systems for the transmission, the engine, electrical, AC," added Chichetto.

Michael Boyd is the second-year instructor at the program, he says this truck will be very useful to teach his student on hydraulics. "When we can have something that is a little different and outside the norm, they get to see the diversity that is involved with some of the equipment that's out there," Boyd said.

Boyd says some companies are even willing to pay the tuition cost of the two-year program for the students to learn and later work for them.

"We could double what we have and it wouldn't be enough," Boyd said.

Boyd said there needs to be more incentives at the high school level for students to know that this option is available to them, and Maine needs to have more training schools to help teach even more students and get them interested in the skilled trades world.

"Students need to understand that these kinds of trades are jobs that people want to have nice house, trucks, snowmobiles, they can do that by going through this education, it's not uncommon, I have people who are making over 100K a year," Boyd said.

"This industry is still booming because of the way everybody is buying things today, so it's keeping our students in high demand," said first-year professor Lowell Gardner.

"There is so much demand for our students that we could have 40 students and we still couldn't fill that demand," Gardner said.

Gardner said his students are getting good quality jobs with high pay.

"It's a great field to be in right now."