SeaWeed Co. in South Portland has been waiting for Oct. 9, the day businesses can legally sell adult-use marijuana, for a long time. 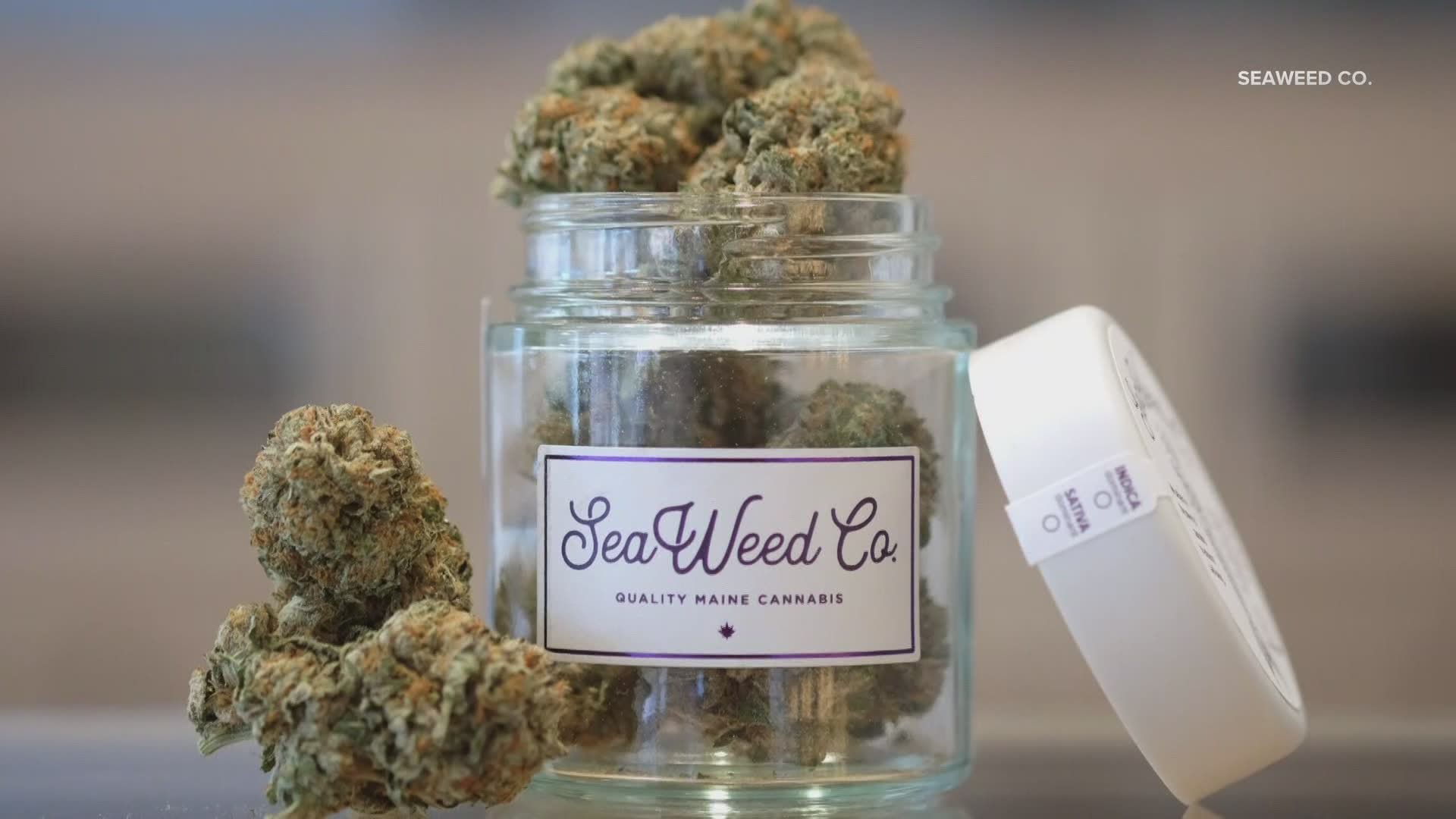 A total of five businesses have secured retail licenses, according to the most recent Office of Marijuana Policy records.

One of them is SeaWeed Co. based in South Portland. It was the first Maine-based company to secure all three licenses for cultivation, manufacturing and retail sales.

“We tried to tie the marijuana theme into the Portland being on the ocean theme,” owner Scott Howard told NEWS CENTER Maine.

Howard has been working for years to open the business. He and his team are determined to create a one-of-a-kind quality cannabis experience.

The company's new storefronts in South Portland Portland are specially designed to create a cool and calm community space reminiscent of an Apple Store, as opposed to a standard pot shop.

WE ARE OFFICIAL! We are SO proud of this team and all of the hard work that has been put in over the last couple years...

"You come in here and you’re comfortable," Howard said. "I want my wife to be able and be comfortable to shop around and look at the products we have here."

With just two weeks until the company's grand opening, Howard said he is eager but anxious.

The company has faced months of delays over licensing, and are now limited to the number of plants that can be transferred from their medical marijuana operation. That will limit the amount of product they can sell initially.

Howard is also concerned about the competition of larger out-of-state operations.

RELATED: City of Portland reminds marijuana businesses they must be licensed to operate

"They really tied our hands in how we can get product over," he said. "There's a very highly capitalized multi-state operators and it will be a challenge to compete with that."

The Marijuana Legalization Act was amended by lawmakers in 2018 to limit transfers between the medical and adult-use programs to plants and seeds.

State lawmakers were supposed to take up a bill that proposed expanding it to allow trim and flowers, but COVID-19 forced the legislature to adjourn.

The Maine Office of Marijuana Policy said the limit on transfers will be revisited next legislative session.

"We fully understand and expect that product will be limited during the market’s introduction," Director Erik Gundersen said in a statement to NEWS CENTER Maine. "The industry will evolve responsibly in the coming weeks and months and provide safe, convenient access to adult-use marijuana."

Howard said that is why he and his team are so focused on the quality of their product and the experience.

From sea salt caramel edibles to the Maine-sourced packaging, every detail is essential to the brand.

"We want everything we do to draw back to our roots and our heritage as a Maine based brand," Kasper Heinrici, the company's head of business development, said.

A large part of that is about building a community through their business. Howard said that will also center around the farmers that have already built up the state's marijuana industry.

“That's why our goal is to create community and support all these Maine caregivers," he said. "As soon as the legislature gets back in we're going to embrace all these small farmers that can bring their product to market here."

Retail marijuana sales are set to being on Oct. 9. Mainers first voted to legalize recreational marijuana use in 2016.