'This is heinous': Restaurant owners react to dine-in delay

Joe Christopher purchased $12,000 worth of food for some of his restaurants and brought back some workers in anticipation of allowing dine-in customers on June 1. 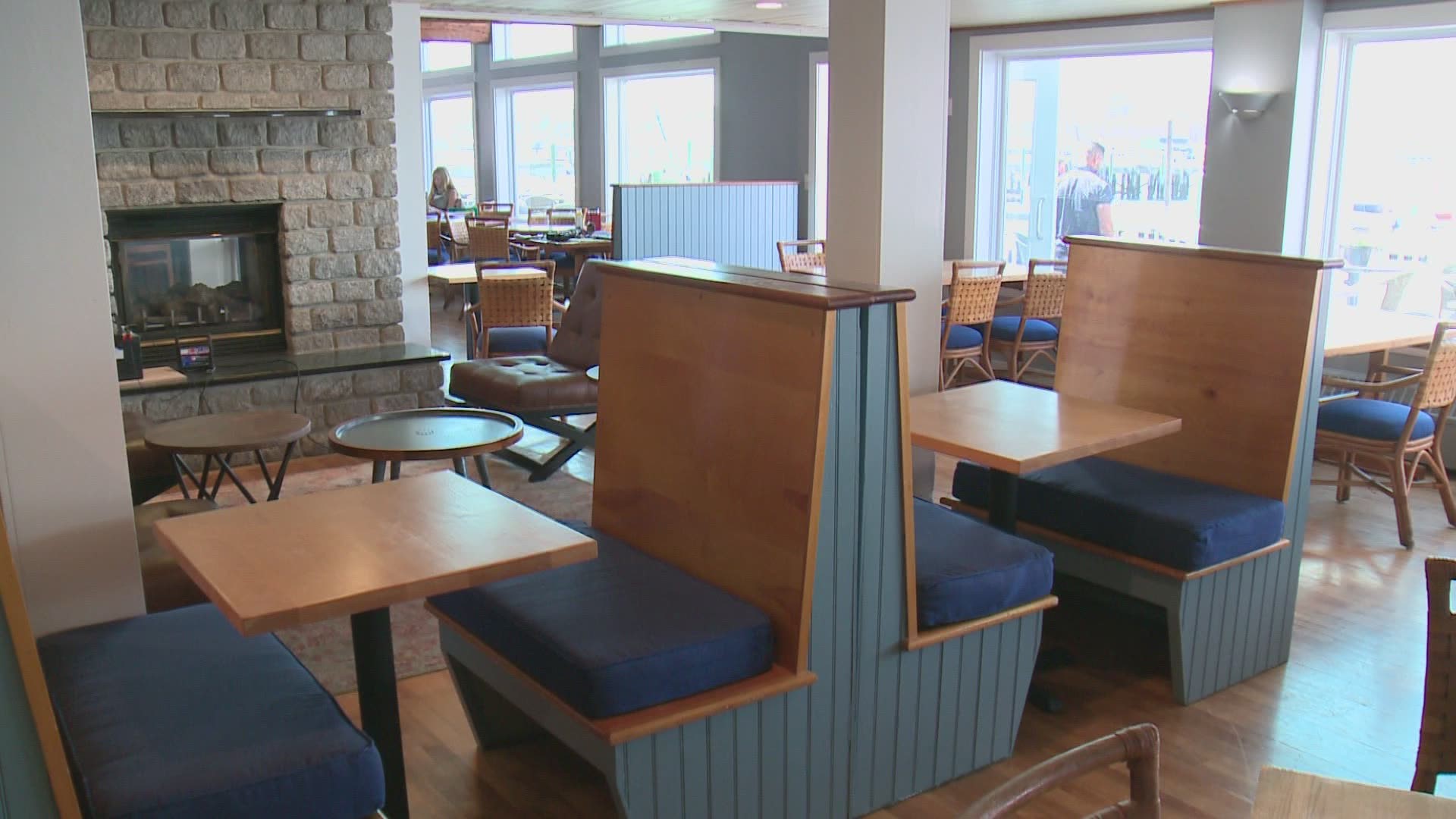 MAINE, USA — Restaurant owners in three counties are reacting to Gov. Janet Mills' announcement Wednesday that they can no longer re-open for dine-in customers starting June 1.

Up until then, they could, by following guidelines from state health officials.

Many feel that with just four days' notice, the rug was pulled out from under their feet.

Christopher is the owner of a dozen restaurants and businesses statewide, from South Portland to The Forks.

"We've abided by the licenses that we already have, have gone by the guidelines the state-issued, and then four days before have the carpet ripped out from underneath us is just poor leadership," he said.

For his restaurants Three Dollar Deweys in Portland and Salt Water Grille in South Portland, he purchased $12,000 worth of perishable food in anticipation of welcoming dine-in customers Monday. He already brought back some of his staff, too. Normally around this time of year, he has 500 employees between all the restaurants and businesses.

"If you're going to issue guidelines then you stick to those guidelines," he said.

He's one of many restaurant owners in Androscoggin, Cumberland, and York Counties forced to scrap plans to re-open to dine-in customers at the last minute.

"If you listened to what the governor said, everything was subject to change," Alec Altman said.

Altman of Binga's Wingas owns a location in Portland and co-owns two other locations in Yarmouth and Windham.

"But when things are headed in one direction and take a curve, that's a hard thing for us to deal with," he said.

Ginny Davis is the general manager of another Windam restaurant, Deck House Tavern. She said she has expressed concerns to her local representatives and calls Wednesday's notice "disheartening."

"We've personally put in a lot of hard work, we built in sneeze-guard barriers ourselves," she said.

She also said they held meetings to talk about new safety protocols and had already reinstated some employees who were let go due to the lack of work during the pandemic. Now she said they are in "an unknown area," not knowing how many people they really need to hire to run outdoor seating only.

"I understand how they feel because I am in it, we're losing a catastrophic amount of money, every week every month," said Chef David Turin of David's Restaurant.

It's worth noting Turin was among 80 small business and restaurant owners who signed a letter to Mills earlier this month asking the state not to lift the 14-day quarantine for out of state visitors in favor a slower reopening of the state's economy for safety reasons.

"What's driving my decision to sign on to that letter, even though I wasn't the author, is that hearing from my people, there are 54 people that I have unemployed right now, and they're terrified to come back to work in a face to face situation with customers," he said.

For Maine's restaurant owners, the more time goes by, the more money goes down the drain.

"The restaurant business is based on income per square foot like retail so like Walmart, we should be able to be re-open and do the best we can with that square footage," Joe Christopher said.

Alec Altman also said he is concerned about customer confidence as well as employee confidence when his restaurants do eventually re-open to dine-in customers.

Meanwhile, a spokeswoman for Mills issued the following statement to NEWS CENTER Maine Thursday about the decision of placing limits on business operations to protect the health and safety of Mainers. It reads in part;

"The Governor will continue to pursue a gradual reopening of Maine's economy that balances public health with the challenges faced by Maine businesses. The success of these efforts to date, based on science and medical expertise, is demonstrated by our low number of cases per capita as compared to other states."