The Maine-based company started with its founders selling homemade jam at a farmers market in Portsmouth. Decades later, that jam is now sold around the world. 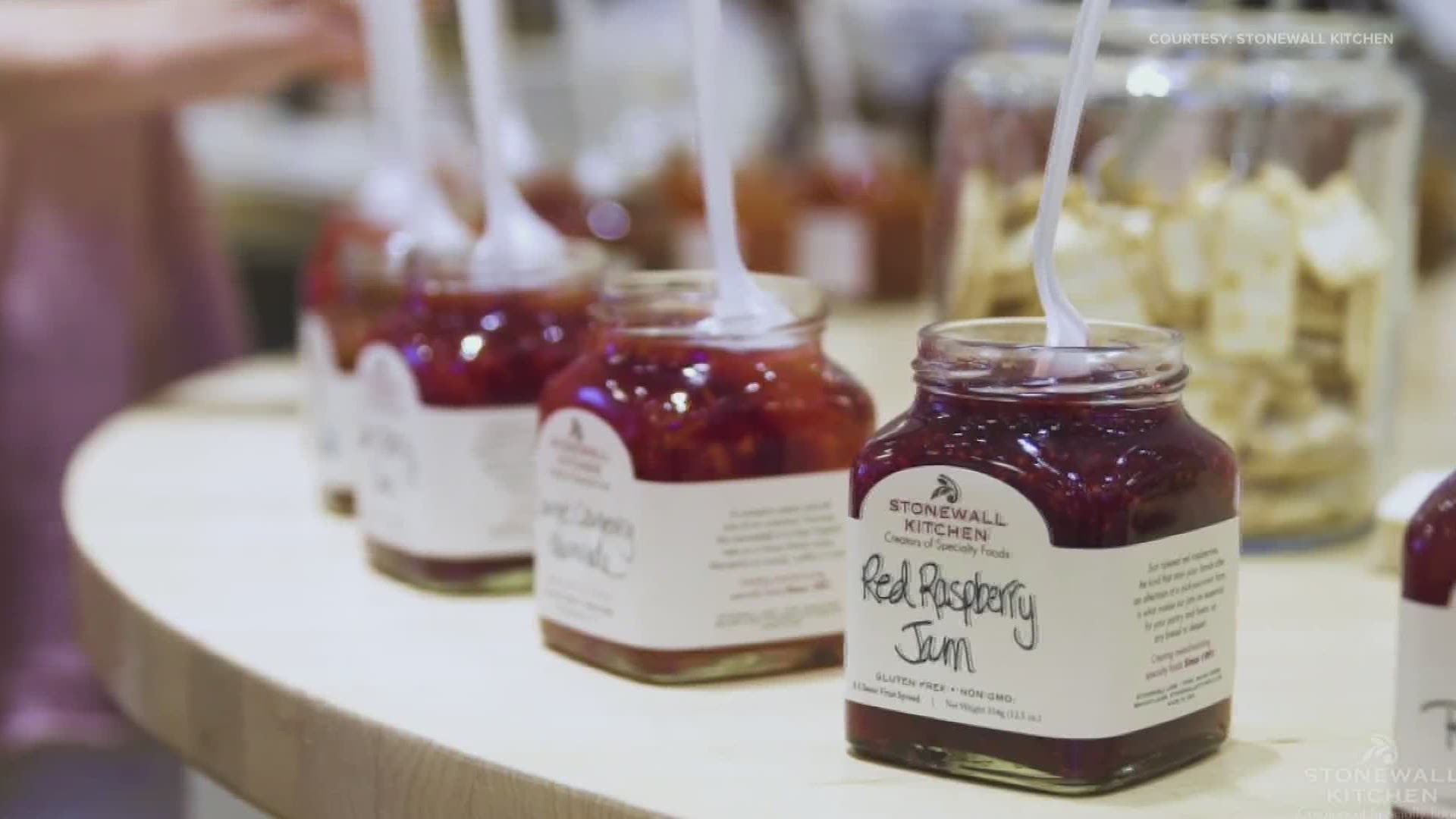 The Maine-based company, best-known for its jams, chutney, jellies, and sauces, has evolved from a farmers market passion project into a multi-million-dollar business.

Natalie joined her brother in businesses 25 years ago. She was Stonewall Kitchen's 12th employee.

"If you had asked me 25 years ago where we would be today, I'm not sure I would have been able to predict this," Natalie King said.

King credits the company's long-term success to its dedication to its core values: quality and consistency.

"The recipe that we use today for our Wild Maine Blueberry Jam is the recipe we used at the farmers market," she added. "Is it made in big kettles now? Absolutely. But is it still Wyman's Maine blueberries? Yes. We could make it much cheaper if we got our blueberries from Canada or used varietals, but we don't."

The jam also contains pure cane sugar rather than fructose. King said while the fructose would reduce costs dramatically, the company is unwilling to budge on quality.

"We've just really always stuck to that core value of 'quality first and we'll be successful,'" she said.

Happy 30th birthday to Stonewall Kitchen! The Maine-based company started with its founders selling jam at a farmers market. Today, its products are sold around the world. CMO Natalie King says its "secret to success" is dedication to quality and consistency. @newscentermaine pic.twitter.com/yqRI3lYMq0

Stonewall Kitchen has its headquarters in York, Maine. That's also where it has a company store and cooking school.

The company was acquired in 2019 by a Boston-based private equity group called Audax.

As Stonewall Kitchen celebrates 30 years, it is also offering some promotions online.