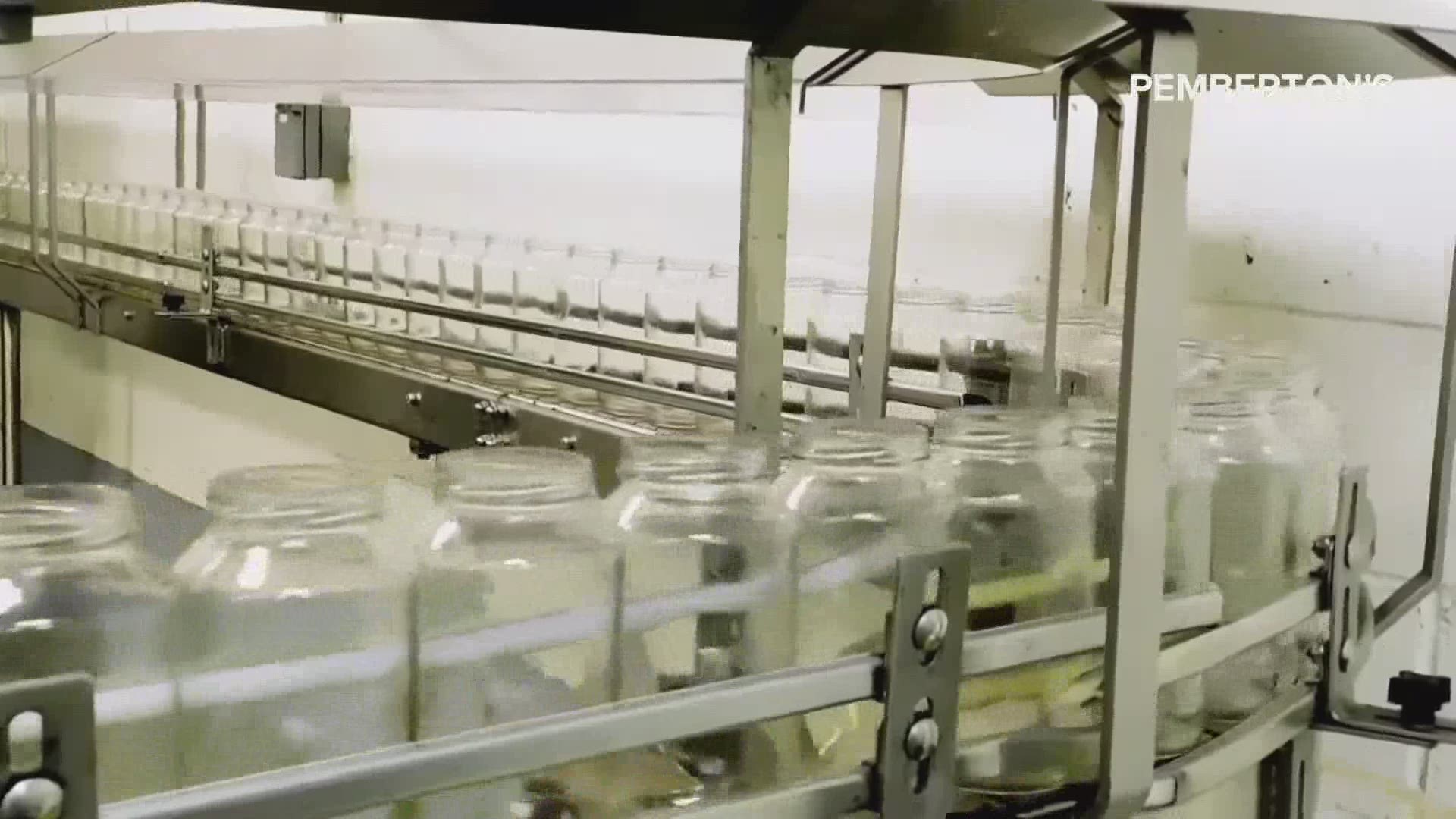 MAINE, USA — As countless businesses in Maine have been forced to close their doors and experienced major losses amid the pandemic, certain industries in Maine were able to thrive.

According to a new report from Focus Maine, Maine industries like agriculture and food production, aquaculture and biopharmaceuticals, are poised for growth.

"The businesses where we're seeing particular growth are those that are looking again at selling direct to consumers, selling outside of the state," said Focus Maine President Kim Hamilton.

Focus Maine is an initiative that works with businesses across the state in an effort to grow those companies, and improve Maine's workforce and economy. The new Focus Maine report, Stronger Together, Resilient as Ever, highlights sectors in Maine's economy that have managed to flourish over the course of the last three years and during the pandemic.

It’s a soggy morning in Gray today. We’re live outside of Pemberton’s Gourmet Foods, which not only survived the pandemic, but thrived and doubled its business. This morning I have a closer look at industries in Maine showing potential for growth @newscentermaine #wakeMEup pic.twitter.com/BhBbbe5bZH

One business that was able to find success despite the pandemic is Pemberton's Gourmet Foods.

As store shelves became empty in the spring of 2020 when pandemic purchasing was at its peak, Pemberton's began expanding to fill those gaps in stores. Products like hot sauce, pasta sauce, and even hot fudge were being distributed to locations across Maine and the country.

Pemberton's then had to double its workforce from six to twelve production workers to meet the demand. Mangino adds he hopes that to grow to 20-24 by the end of the year.

"It's all about finding employees to continue to grow our company," said Mangino.

According to the Focus Maine report, the initiative now includes four new food and beverage programs to help early-stage, established, and more mature food businesses. Over the last three years, Focus Maine has served 80 companies throughout the state in the food and agriculture sector, investing more than $2 million in business support services.

Hamilton adds that similar growth can be seen in sectors such as biopharmaceuticals and aquaculture.