This year, it's 'Small Business Saturday', every Saturday

The Downtown Bangor Partnership is promoting local stores and shops for consumers from now through the holidays. 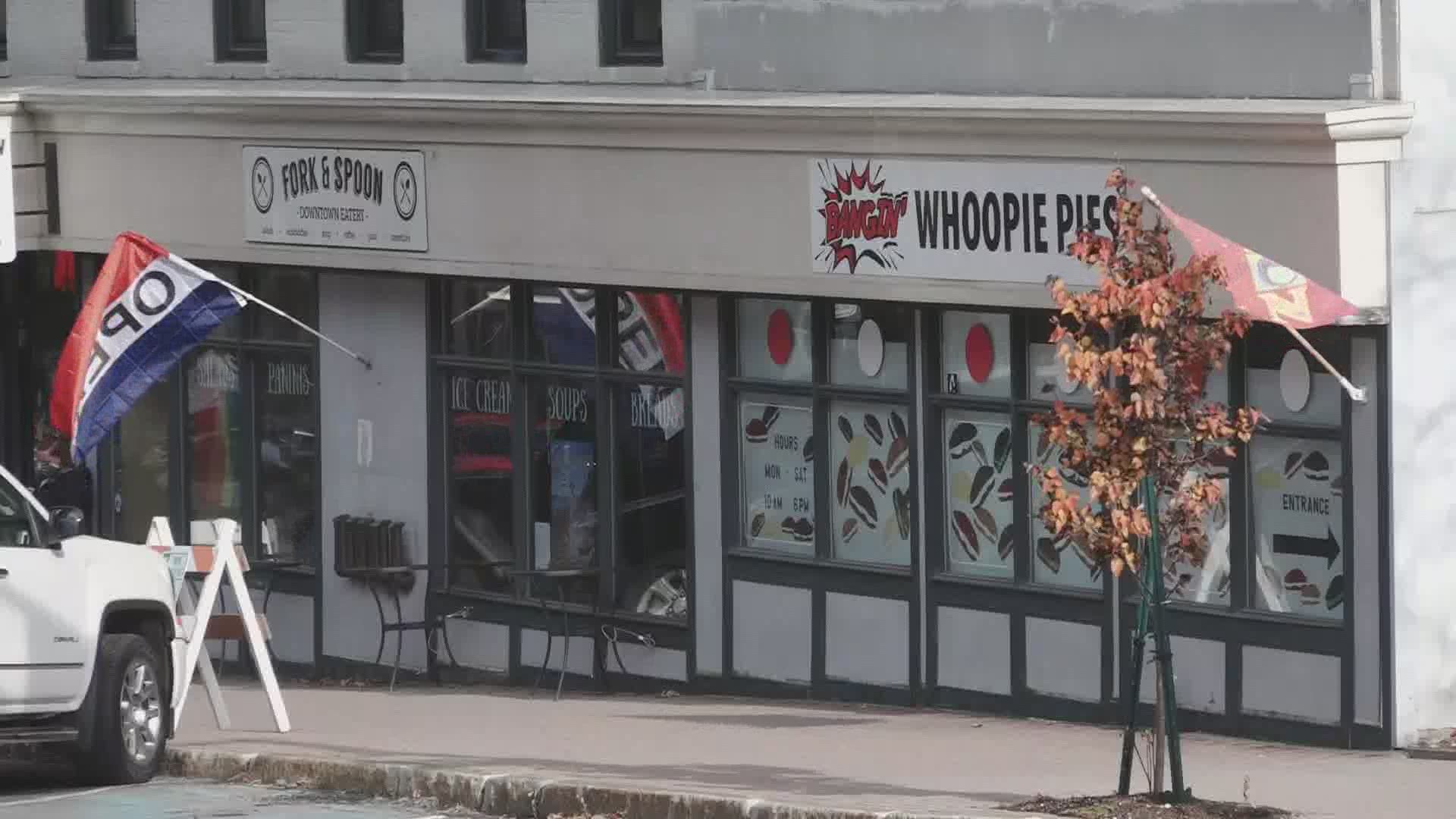 BANGOR, Maine — In most years, Small Business Saturday is a single-day promotion for local stores and shops across the state and the country. The first weekend after Thanksgiving is typically when people begin holiday shopping, but this year isn't typical.

To keep customers and staff safe while promoting shopping small, the Downtown Bangor Partnership launched its 'Small Business Every Saturday' promotion to support local businesses from now through the holidays in December.

"We’re kind of all in this together and really need to support each other," Downtown Coordinator and Cultural Liason for the city Betsy Lundy says. Lundy believes spreading out shopping will also allow people to space out safely during a pandemic.

Eric Mihan owns Bangor Wine and Cheese and has been fortunate to avoid any lockdowns during the pandemic. Mihan is also on the board of the Downtown Bangor Partnership, a board he said is very diverse which helps the community.

The Partnership and the downtown community alike have been supporting each other during the last several months and just recently, Mihan and Valentine Footwear owner Summer Allen got creative to continue the community support.

“[We] kind of let people know what kind of reopening they have, what kind of services they offer," Allen said about the weekly 'Downtown Destination' Facebook live show.

The two highlight fellow business owners around downtown in a time when many need the support.

“People need all the advertising and help they can get right now, whether or not they admit it and I haven’t met anyone who hasn’t admitted it," Mihan added.

Allen suggested local consumers spread out their shopping this year to help limit crowds in stores.

After the holidays are over, Allen mentioned, don't forget about small businesses as January and February are lull times off the year.