Rock's Family Diner has mailed out their famous whoopie pies to all 50 states, to give people a taste of Maine, since many won't be able to come this summer. 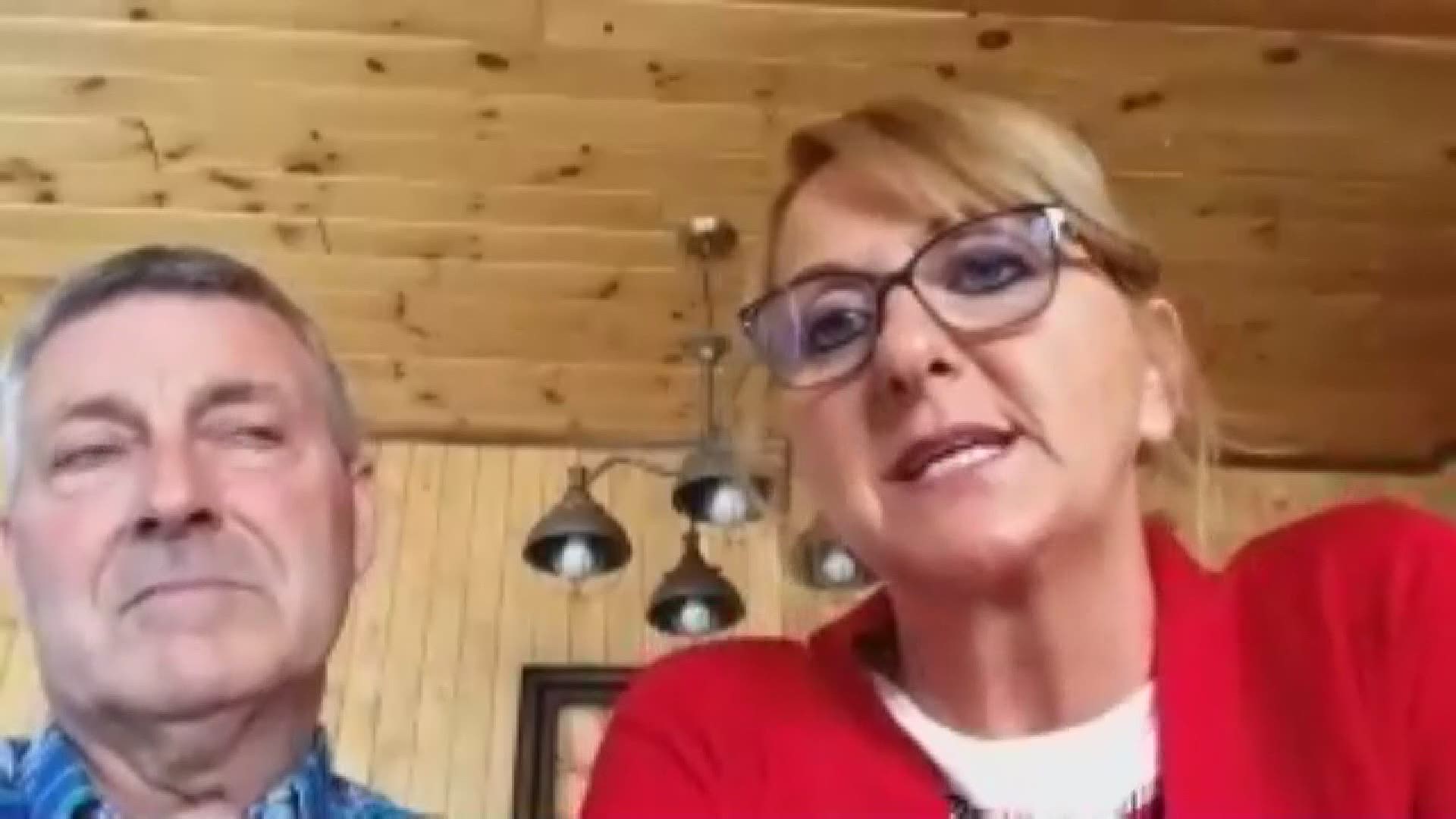 FORT KENT, Maine — We're celebrating NEWS CENTER Maine small business week with Whoopie Pies. For many, they say whoopie pies represent Maine just as much as blueberries and lobsters do. A small business in Fort Kent is all about them these days.

Rock's Family Diner had a special request for whoopie pies to be mailed from Fort Kent to Portland. Upon arrival, the happy customer posted a whoopie pie picture on Facebook and it went viral.

"A friend of ours, Ryan Jandreau out of Portland asked us to send Whoopie Pies to him," said Peter Pinette, the owner of Rock's Family Diner.

"And I guess it went viral from there and we had to pivot...and start making whoopie pies galore," said Peter Pinette.

In no time, Peter and Sandra Pinette received orders for their whoopie pies to all 50 states.

Many of these happy customers will not be able to come to Maine this summer, so the Pinette's are happy to sell their whoopie pies throughout the country to give people a taste of Maine.

The annual Maine Whoopie Pie Festival in Dover- Foxcroft is postponed to October 3.

Hannah Yechivi
This week we are highlighting small businesses across the state in a... n effort to help them make the best during these COVID-19 days. A small business in Fort Kent is all about Whoopie Pies these days! This Maine treat has been the secret of their success during the pandemic.

"It wasn't something you had all the time...it was just that special little treat that just screamed Maine," said Patrick Myers, one of the organizers of the event.

"We knew it wasn't going to happen in June, so we figured October 3 would give us the best chance of having the festival."

Myers says it's the biggest single-day event in Maine, it draws around 7,000 people.

If you are craving a whoopie pie, you can place in your order at Rock's Family Diner

But for now..if you are craving a whoopie pie...you can place your order online with Rock's Family Diner.

"We literally did 800 dozen whoopie pies manually, I took 800 calls manually, I wrote them down manually! It was crazy!" said Sandra Pinette.

Rock's Family Diner in Fort Kent is opening for regular business this Monday.

Opening with regular hours, but with fewer tables to follow social distancing guidelines.

RELATED: 40 years ago, a man filmed the first-known amateur video of a killer tornado