Gov. Janet Mills looks for solutions as Danone, owner of Horizon Organic, said it will stop buying milk from Maine. 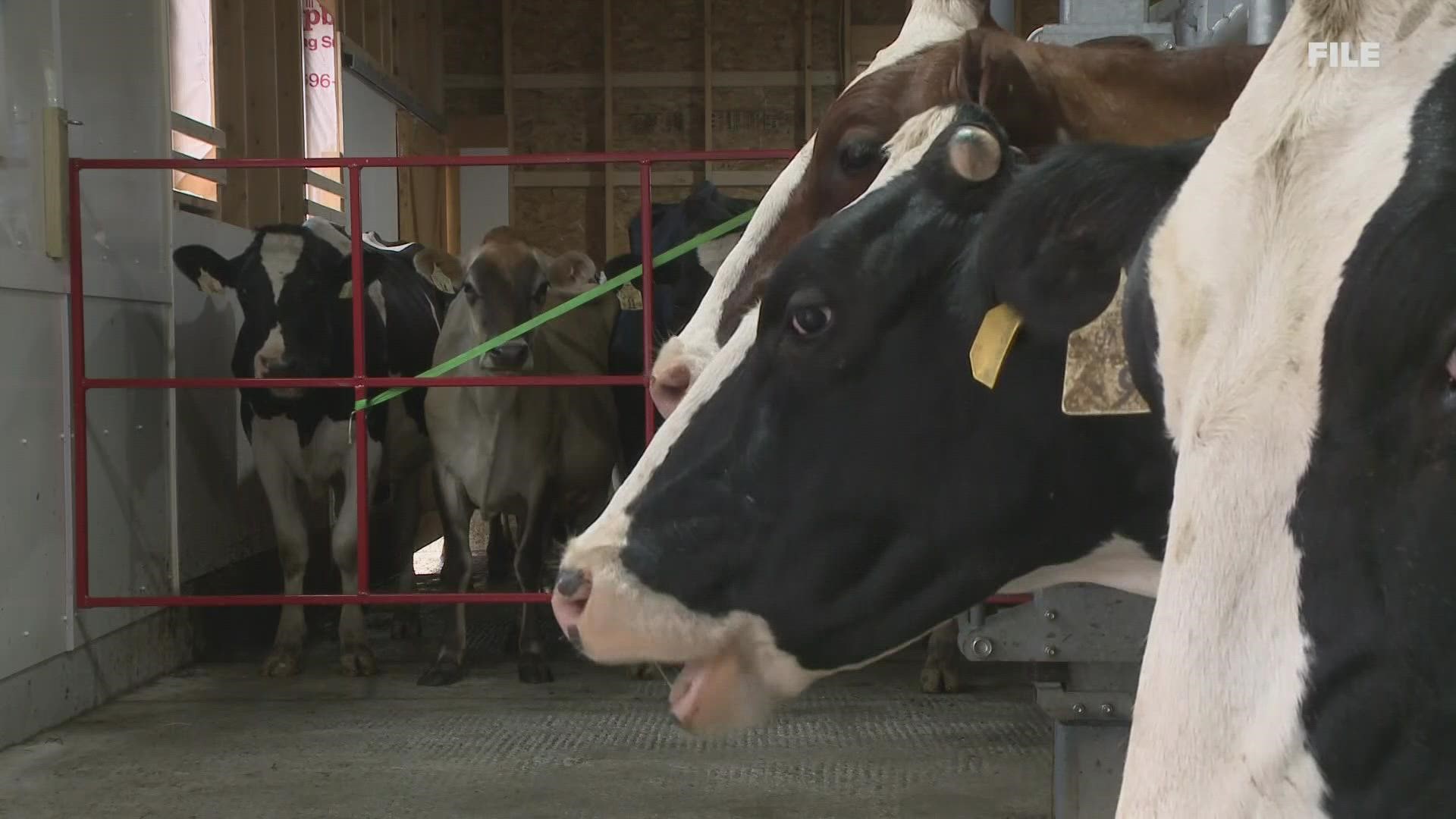 FREEPORT, Maine — Fourteen organic dairy farms in Maine are trying to figure out how to stay in business after Danone, the owner of Horizon Organic, said it will not renew its contracts with them next August.

"If we don't find a solution, we are kind of out of a business," said Jodie Martin, owner of Faithful Venture Farm.

Martin said milk from her farm has been under contract with Horizon Organic since 2005. Her Faithful Venture Farm provides the company with 4,000 pounds of milk every other day.

"We hope we can still continue milking," Martin said.

The state said only 30% of the dairy farms in Maine are like Martin’s, certified organic. It's why Gov. Janet Mills and Amanda Beal, commissioner of the Maine Department of Agriculture, Conservation and Forestry, met with these dairy farm owners Friday.

"I'm upset. Danone is a B Corporation. They're supposed to be involved with social justice," said Mills.

The governor said she wrote a letter to the U.S. Secretary of Agriculture asking for help. Mills thinks the federal government needs to take action.

“I would like to see them [Danone] revisit their decision to terminate these contracts," she said. "If they don't choose to do that, at least extend the contract period from 12 months to 18 months. I'd like to see them support processing plants here in Maine and we're happy to consider spending some of the American Rescue Plan money to that effect as well."

Beal said finding a way for the dairy farms to get their milk processed closer to home is ideal, but it will take time.

Senators Susan Collins and Angus King, along with Representatives Chellie Pingree and Jared Golden, also sent a letter to the U.S. Department of Agriculture urging the department to provide federal support.

NEWS CENTER Maine reached out to Danone for comment but did not hear back on Friday.