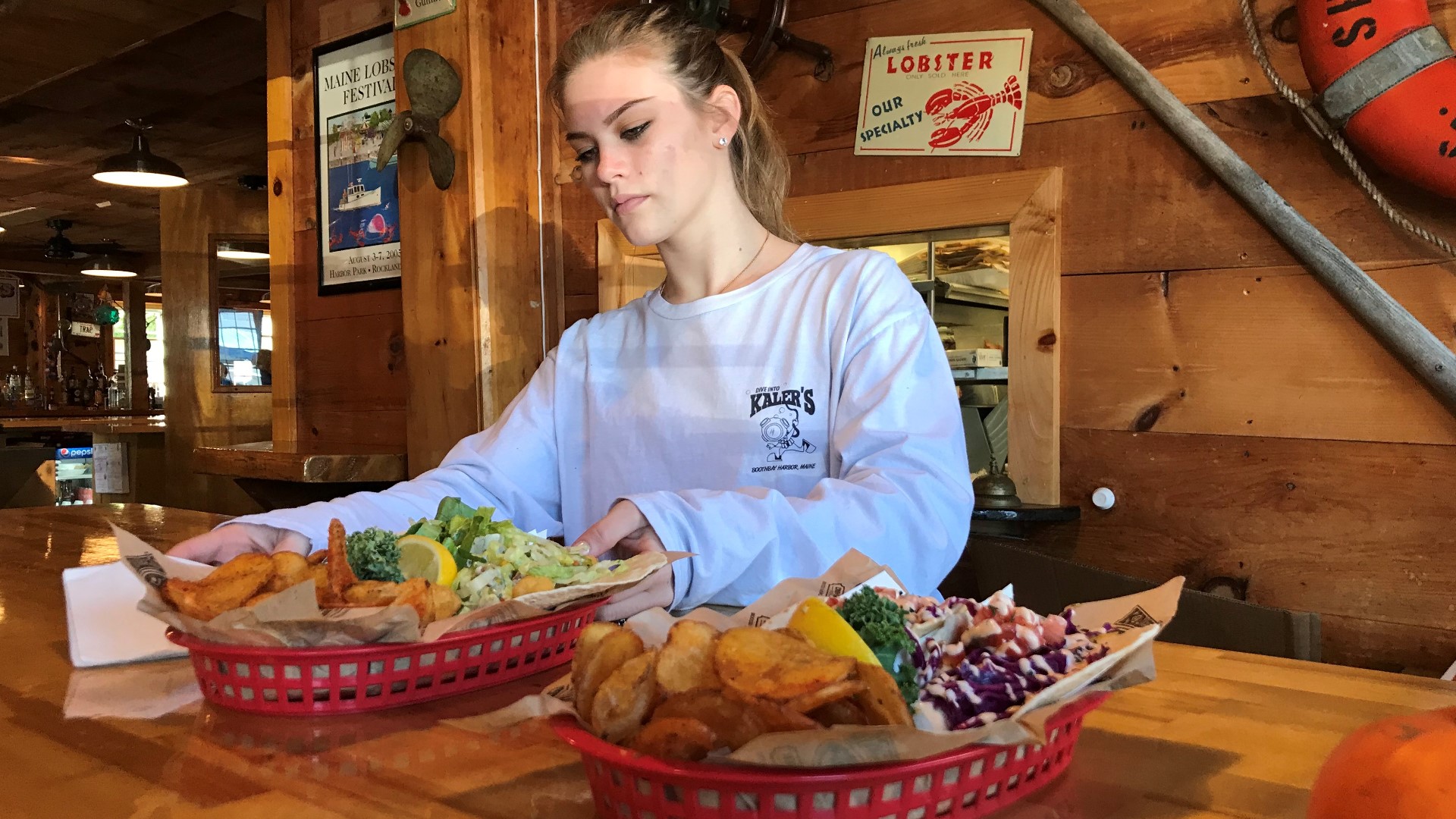 BOOTHBAY HARBOR, Maine — It may be October, but on this brilliant, sunny Thursday, the streets of Boothbay Harbor were still filled with tourists.

“It's as busy as July,” said one business owner of the late-season crowds.

The 2021 tourist season has been busy from the start, and never let up, said Bonnie Stover, general manager of the Tugboat Inn.

“This season has been excellent, better than I anticipated,” McElman said.

After an uneven 2020 season caused by COVID-19 problems, the business owners say 2021 was seen tremendous crowds visiting the town, larger than the years before the pandemic.

At the same time, there has been a shortage of workers for nearly every business, through hospitality businesses have been especially hard hit.

At Kaler’s Restaurant, owners Mattie and Sam Kaler said they had to get through the summer nearly 20 workers short.

Sam Kaler said it has been a difficult season.

“Extremely hard. Really hard. We’ve had ups and downs, and lack of help and lobster price so high.”

They say the lack of staff forced the restaurant to shorten hours, although, unlike some others, they remained open seven days a week.

The Kalers said the worker shortage affected suppliers and made delivery times undependable. The restaurant also stopped providing table service and switched to having customers pick up their food orders at the counter.

Kaler’s will close after this weekend and could close sooner if they ruse up all the food.

Both Mattie and Sam work other jobs in the off-season; she is a substitute teacher and he does construction. But both said they will also be focusing on ensuring enough staff for the coming tourist season.

“We hope to retain everybody we had this year, we think they are all excited to come back,” Mattie said.

Recruiting new workers will be a challenge for every restaurant in the town, in part because of the lack of affordable seasonal housing for workers. Many business owners say that is a major issue that hurts their ability to recruit and hire people.

Mattie and Sam said they have looked at buying a house to use for workers, but current high prices make it unaffordable. Some larger businesses, they say, have bought old motels over the years or found other ways to provide housing, but there is still not enough to accommodate the needed workforce.

Bonnie Stover of the Tugboat Inn agreed it’s a real problem for many businesses. Stover said that, over time, she has been able to recruit and retain a number of local workers, in part because the business stays open until the first of January, making it an eight to nine-month job and therefore more appealing for some.

“I've got a great, core crew that we’re lucky to have and they keep us going,” Stover said.

However, she said recruiting efforts will become more intense than ever to hire more people for the 2022 season.

“Talking to our workers about family members or others who may be interested. Looking at either the ski places or Florida, an opposite season place, could we build a relationship?”

She said the recruiting efforts will start several months earlier than usual.

The workforce problem is hitting every tourist community in Maine, and the president of the trade association HospitalityMaine said it isn’t likely to get better any time soon.

“We anticipate this to be a five to 10-year issue,” Lewis said Thursday.

He explained tourist businesses need to figure out worker housing, child care, transportation, and other needs in order to lure more people back to the hospitality business.

The local businesses have no doubt the town will see another big year next year.

McElman, however, is more optimistic that a new year should see more Mainers seeing those jobs again.

"The unemployment stopped, so that will definitely help people get back to work as well. And the COVID, once that [is gone] I think people will be more willing to venture out and work.”