Teamsters Local 340 said the company has not 'put across a contract,' but a Shaw's spokesperson said a proposal was not presented to membership for a vote 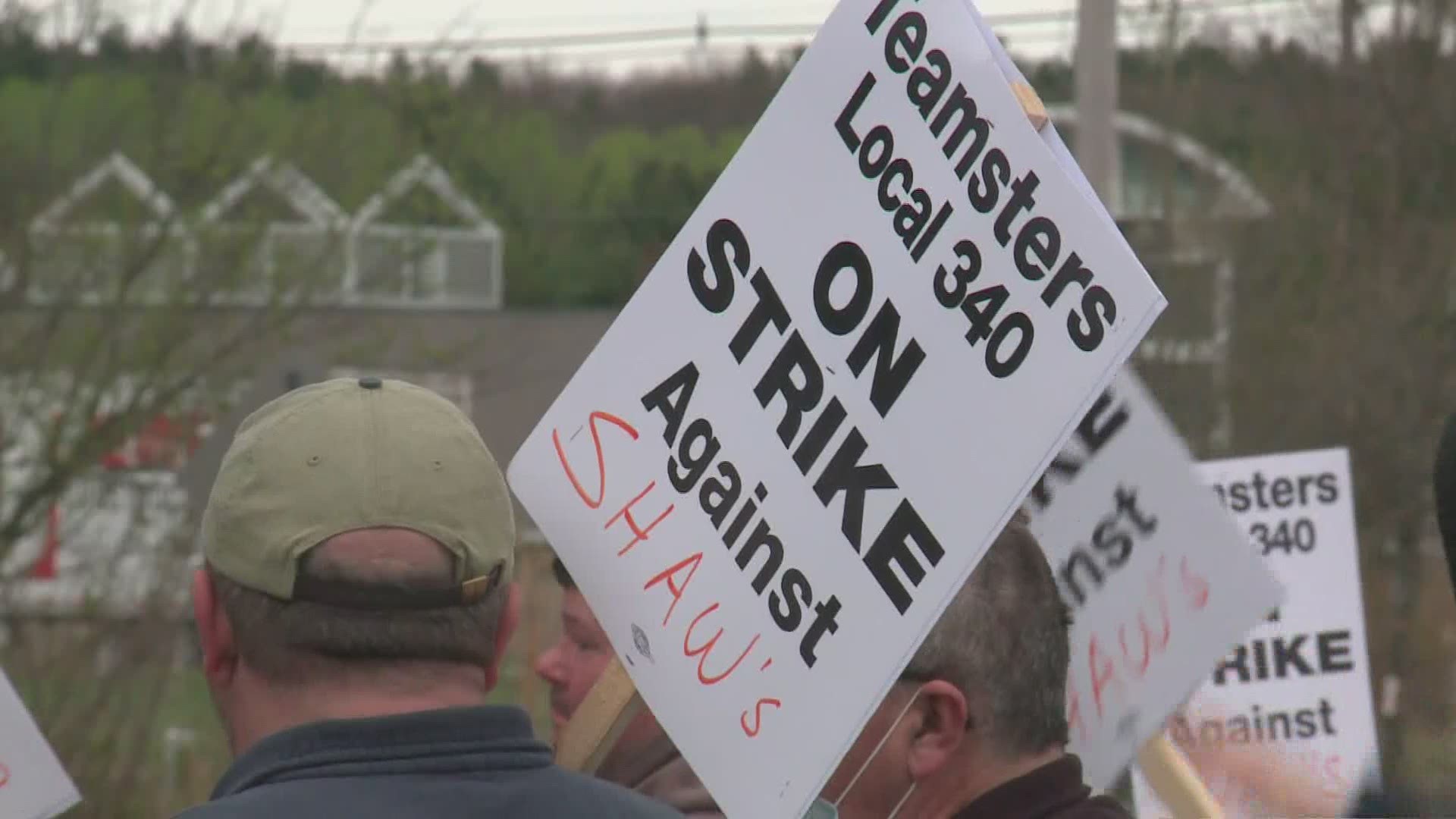 WELLS, Maine — Drivers at Shaw's supermarket in Wells formed a picket line Monday morning, striking for a new contract along with mechanics from the company's Scarborough facility.

"We pulled them out on strike this morning," Brett Miller, president of Teamsters Local Union 340, which represents the employees, said Monday morning. "We haven't received an offer. We put proposals across the table. They just haven't put across a contract."

"The drivers and mechanics are responsible for keeping the store shelves stocked at the Shaw's/Star Markets throughout all of Maine and New England," he said, in part. "The parties have met over 20 times since Oct. 2020 when the current contract expired. Since Feb. 2021 the company has stated that they have a counter proposal but are unable to present it because they currently have no one with authority to negotiate available."

According to the union, Shaw's has seen a profit of approximately 125 percent during the pandemic.

Shaw's is one of 20 subsidiaries of Albertsons Companies.

But in an email Monday afternoon, a spokesperson for Shaw's said the company has "been bargaining in good faith with Teamsters Local 340 on a new labor agreement ... and are pleased to be returning to the bargaining table this week."

"Since August 2020 we have participated in approximately 20 bargaining sessions including one quarter ... with a federal mediator in attendance," the statement continued. "We remain committed to reaching an agreement that recognizes the tremendous value our associates provide to our company’s current and future success. Our current proposal is consistent with our outlined goal, setting forth industry leading contract improvements, yet it was not presented to the membership for a vote for approval. We look forward to our employees returning to work this week."