Portland still months away from voting on retail marijuana licensing

City councilors hope to have a final ordinance presented to the full city council by March. 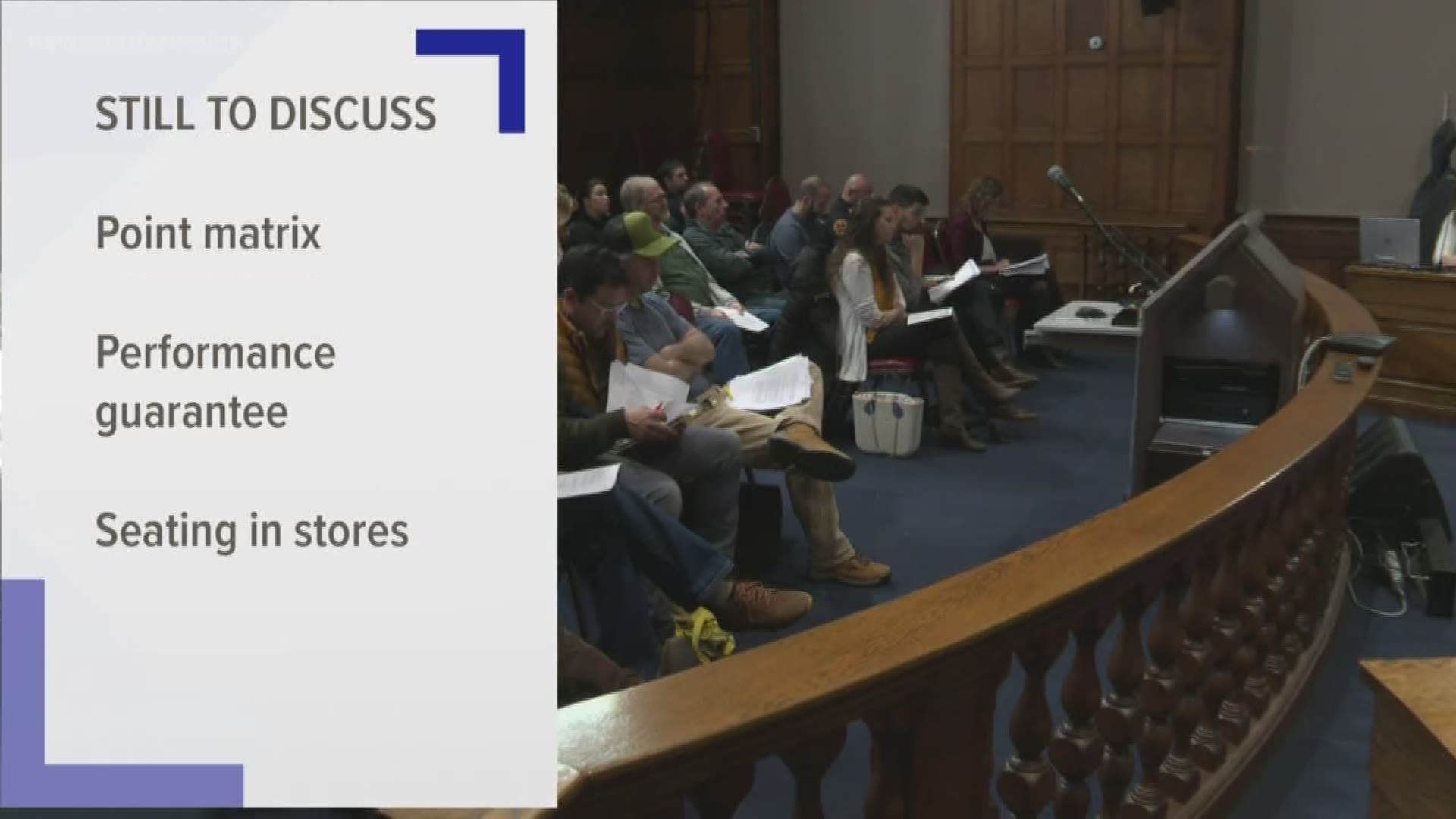 PORTLAND, Maine — It will likely be months before applications for retail marijuana licenses are open in Portland.

On Tuesday, a joint Portland city council committee meeting was held to further discuss the proposed ordinance on rules for retail marijuana licensing and regulation.

"We'd love to wrap this up, but we also want to make sure we get it right. And we're really close now, just two more meetings should get us to the point where we're ready to send this to the council," Portland city councilor Belinda Ray said.

The city council's economic development, public safety, and health and human services committees met as part of the meeting.

At Tuesday's meeting, one of the main focuses for committee members was on a proposed limit on the number of retail spaces. Councilors agreed to keep the cap at 20, which is currently listed in the proposed ordinance.

Councilors also agreed to keep a 250 ft gap between stores.

RELATED: Portland still has a ways to go before it sees retail pot shops

The council also focused on discussing a transfer of retail licenses for these stores. The committee agreed to allow a 25% change of ownership in the business to allow for investments. Councilors noted the lack of traditional funding for marijuana businesses.

Despite those discussions, there's still much work to do. The council stated they need to further discuss the point matrix to select which approved applicants will be granted licenses, a performance guarantee, and seating inside of the stores.

"We have one more meeting dedicated to finalizing the fine points of the ordinance, including the matrix of points, that will determine how we award the licenses," Ray said. "And then another meeting to have the final draft before us, a public hearing, and a vote."

You can find a full copy of the current proposed ordinance on the city's website here.

The next two meetings discussing retail marijuana licensing have not been scheduled. Councilor Ray said she expected one to be another committee meeting, and another to be a public hearing.