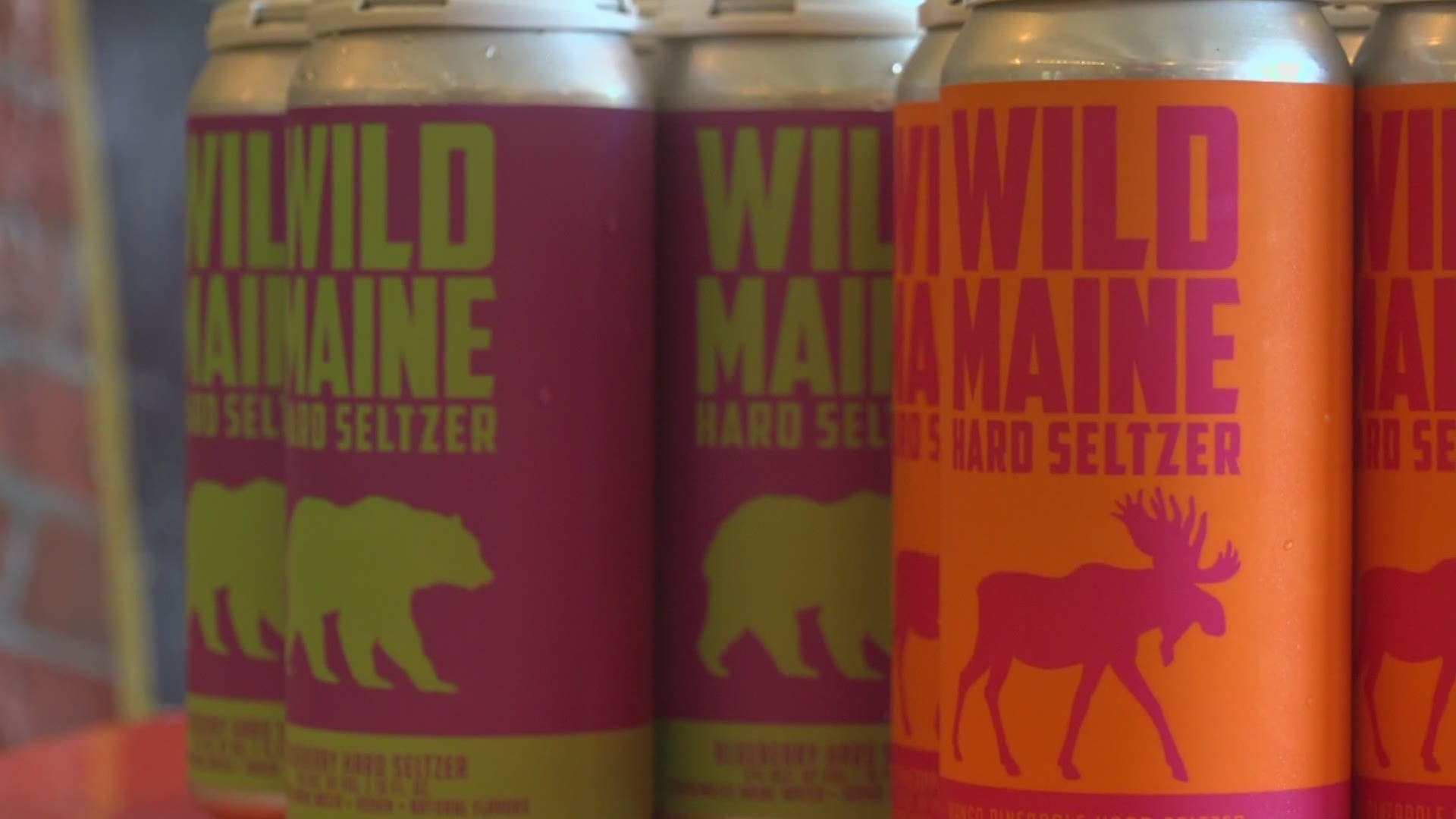 ORONO, Maine — As the weather warms up, the staff at Orono Brewing Company (OBC) is excited for the busy days of pouring beer at the 'Beer Hut' outside the brewery.

Along with pouring its traditional beers, OBC is now serving hard seltzer as the brewery launched its Wild Maine Hard Seltzer line just in time for summer.

“We’re just so excited to enter the seltzer market with a product that features Maine water. We have amazing tasting water so naturally, you’ll have a great-tasting seltzer," co-owner Abe Furth said.

The mango pineapple flavor launched last week but the blueberry flavor was introduced Wednesday. These two, as well as soon-to-be-released seltzers, feature Maine icons on their cans like the black bear, moose, and lobster.

“It’s something that I think people are going to respond well to and they already are. We’re getting some nice messages from folks," Furth added.

While the brewery has made a name for itself on the beer side of things, co-owner Asa Marsh-Sachs said it's always fun to try something different.

He added the process of going from an idea of making hard seltzer to literally drinking it in an OBC can take more than a year in total. Making seltzer involves a much different process than brewing beer, Marsh-Sachs added, which was a fun challenge.

Furth and many employees are graduates or current students of the University of Maine, where the campus is just a few miles away from OBC. Furth added it's important to understand what trends college students are into.

“We’re always learning from the college students, they said they wanted seltzer and we decided to listen to them," Furth added.

The first cases of blueberry hard seltzer were picked up Tuesday morning. Furth said he expects the next flavor, lemonade, to be released sometime this month.