Municipal Review Committee is removing 75% of its waste from landfills

The Municipal Review Committee oversees waste removal for 115 municipalities. It was forced to send it to landfills but has now found a safe destination in Orrington 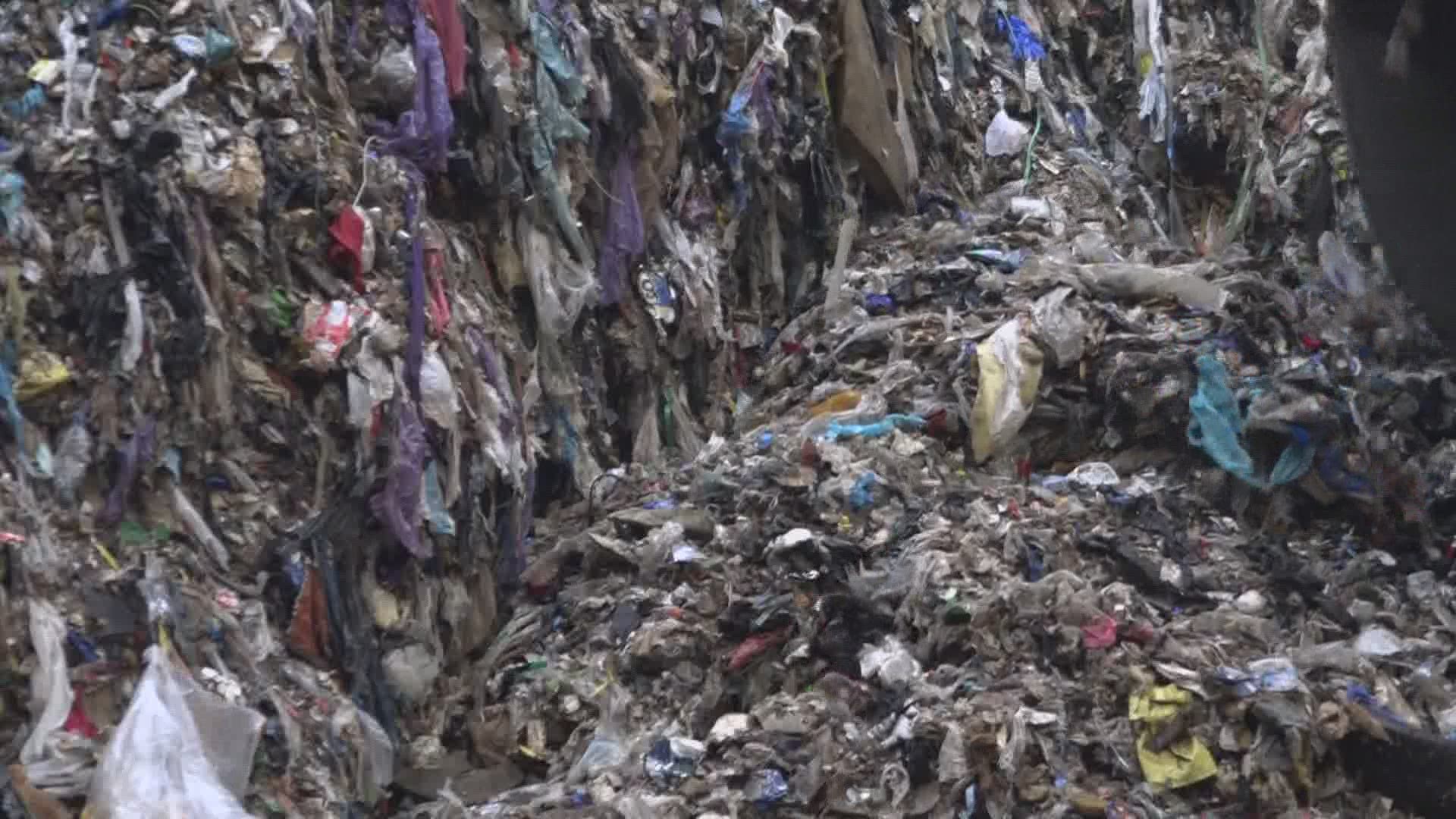 ORRINGTON, Maine — When the Hampden based Coastal Resources of Maine facility that was owned by Fiberight closed in May, the waste of more than 100 cities and towns was left without a destination.

The Municipal Review Committee (MRC) is the group that oversees where trash and recycling go for 115 municipalities in Maine, with members ranging from Millinocket to Friendship, and Guilford to Bar Harbor.

When the Fiberight facility closed, all waste was sent to two landfills. State law requires waste to energy plants to have a bypass plan for this very reason. The trash was being sent to the Waste Management Crossroads Landfill in Norridgewock and the Juniper Ridge Landfill in Old Town.

Landfills are the lowest destination for garbage on the waste hierarchy and the MRC acted to move the waste somewhere else.

"We're pleased with that arrangement because it is higher up on the waste hierarchy and also we're super fortunate that Waste Management was willing to work with us to facilitate that agreement," Karren Fussell, the President of the MRC Board of Directors, said.

During a virtual town hall Wednesday it announced Waste Management allowed the MRC to remove 75% of the waste it was bringing to landfills and now all that trash and recycling is going to the Penobscot Energy Recovery Company (PERC) in Orrington, temporarily.

“We know what it’s like to bring a new facility online, there’s nothing easy about that," Plant Manager Henry Lang said.

Lang added the MRC and PERC had a partnership for 30 years but when the Fiberight facility opened, the 115 cities and towns apart of the MRC went with it.

Lang said the competition between the two plants was good for PERC.

“This facility, by having this competition, has evolved," he added. "We now have conversion of about 99% of material into fuel.”

Fuel that can power up to 20,000 homes. PERC is taking around 35 towns worth of trash, plus the extra truckloads coming from MRC members. While this facility is working overtime, the MRC is looking to find new plant management.

“We are expecting within the month of July that we’ll have some pretty serious prospects," Fussell said.

The MRC doesn't necessarily need a Maine based company but wants a General Manager that has boots on the ground at the Coastal Resources of Maine plant.

Even though the waste was going to Fiberight, then landfills, and now PERC, the cost for members hasn't changed.

“The cost they’re paying for disposal remains the same regardless of where they’re sending their trash," Fussell added.

The MRC will host another virtual town hall meeting later this month and hopes to announce future plans with the facility.

RELATED: “It has yet to live up to that potential.” Fiberight's temporary closure is sending trash and recyclables to landfills