To be blunt, financing the legal marijuana business in Maine is not easy 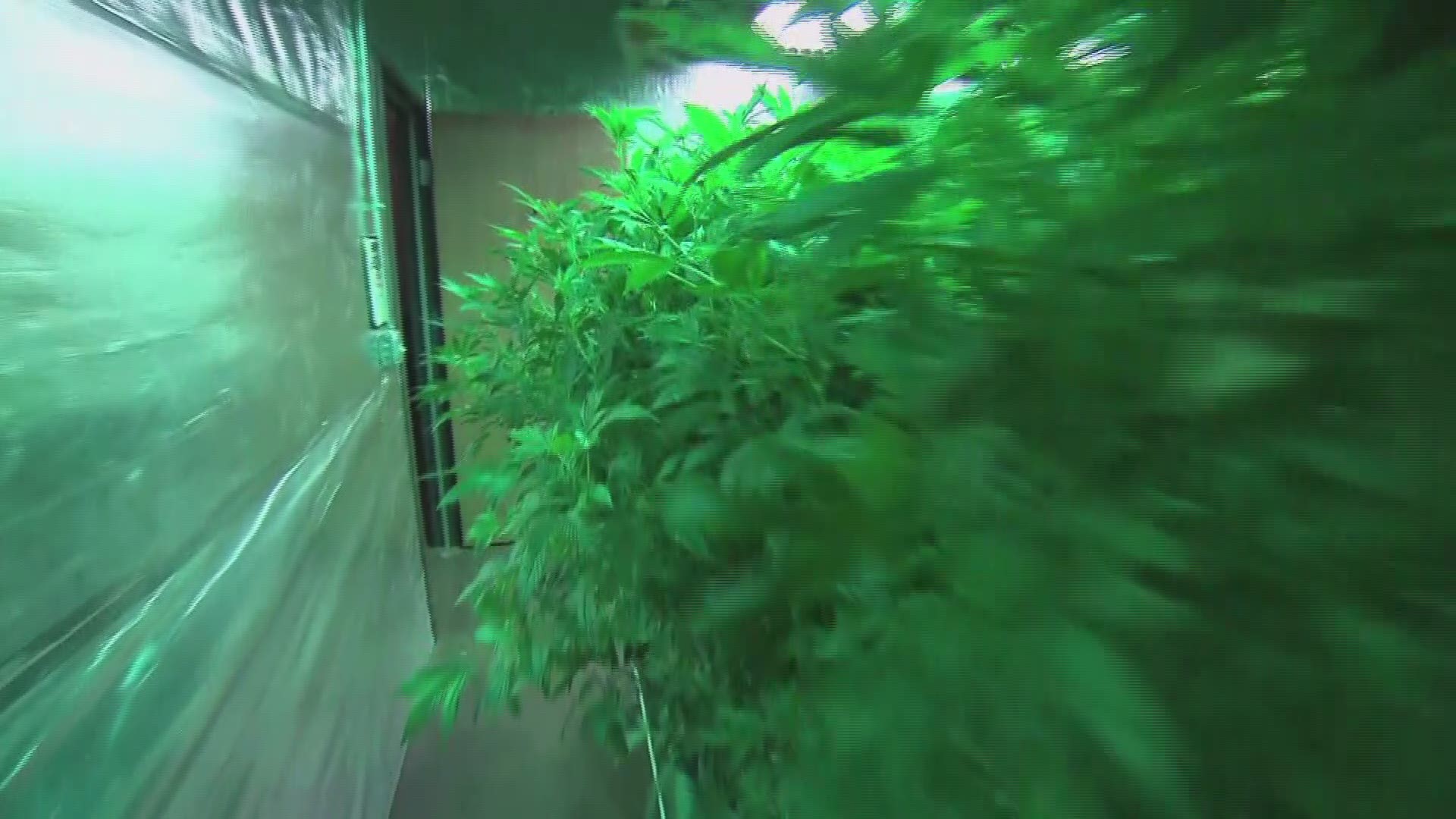 The new medical market for cannabis was growing in California, and Pollock followed. When he began working for a dispensary and consulting firm, he learned the harsh truth facing this industry; cannabis businesses can't use banks. Because marijuana is illegal at the federal level, officials can penalize financial institutions for providing services to cannabis-related businesses. When Pollock launched his company Theory Wellness, he couldn't even get a bank loan.

Lack of financial support means many shops have lots of on-hand cash, making them a target for robbery. Transaction attorney Andrew Kaufman said banks don't like cash businesses because it's harder to keep proper financial records. The passing of the SAFE Banking Act would solve this issue, as the bill would allow banks and credit unions to work with cannabis businesses.

The SAFE Banking Act would give this industry the legitimacy it's been looking for and allow banks and credit unions to legally work with cannabis shops as the market continues to grow and expand in Maine.

When Pollock moved out to the west coast he found himself working at Harborside Health Center in Oakland, one of the original medical dispensaries in the country.

Between the dispensary and working in consulting, Pollock understood why the industry was facing these banking challenges.

“It was still early in the stages of cannabis and a lot of the banks were kind of OK with it but then somebody, maybe at the board of directors would find out and say let’s get rid of these clients, not worth the risk," he said.

Pollock added one of his first jobs in California was to literally find bank accounts his business could use.

“But they’re far and few between and they don’t, they don’t lend money.”

Finding money became a serious issue for Pollock and his business partner Nick Friedman when the two returned to the east coast to begin Theory Wellness. The cannabis company now has locations in South Portland, Waterville, and locations in Massachusetts.

“We had to pull money out of every place we could possibly find it, everyone we knew for dozens and dozens of people, hundreds of people to try to find funding to get going," Pollock said.

Where normal businesses could apply for a loan at a bank or credit union, cannabis businesses cannot. And under the current financial situation, many marijuana shops deal largely in cash.

“Sometimes it’s very large sums of money that is now being turned into cash and being loaded into the back of a car to drive away," Robert Caverly, Vice President of Government Affairs at the Maine Credit Union Leauge, (MCUL) said.

The MCUL is comprised of Maine's 54 credit unions. Caverly said the league has been in full support of the passing of the SAFE Banking Act for years and has been communicating with Maine's Congressional delegation about getting this piece of legislation through.

"It’s very hard and confusing for all financial institutions in Maine to navigate those waters," he added.

The bill was first introduced in 2017, again in 2019, and then reintroduced last March.

The passing of the SAFE Banking Act would also allow financial institutions to take on cannabis-related businesses as clients.

“Premised on the notion that the businesses would be operating within applicable state law," Andrew Kaufman said.

Kaufman spent forty years as a transaction attorney and is now a professor at the Maine School of Law. He said many banks are hesitant in working with the marijuana industry because of all the cash involved.

“Their concern was they’d be perceived as facilitating, participating in, encouraging illegal activity," he added.

The SAFE Banking Act would also give this industry the legitimacy it's been looking for.

Santucci's firm, Nucleus One, helps new cannabis businesses with their financial models and business plans before they are able to operate on their own. He added he's found banking institutions for most of his clients but it's still an issue, he said, because banks may drop clients when they find out what industry they're in.

As the market grows, more cash will be deposited at dispensaries, storefronts, and medical shops. The cash transactions remind medical patient Patricia Callaghan of the days when marijuana was illegal in Maine.

“When we bought it, that’s how you bought it back on the streets you know what I mean, there were no debit cards for your dealers," she added.

Now, Callaghan said, these store owners are legitimate business owners and she's confused why they still lack the same banking rights as other industries.

“Upstanding businesspeople conducting themselves ethically trying to provide a good service to the community, can’t have the same basic business rights that every other business have, that’s definitely a stigma issue," she said.

Whether it's a stigma issue or an issue in Washington D.C., things are moving on the right track for the marijuana industry.

The SAFE Banking Act passed the U.S. House of Representatives Monday night with a 321-101 vote. Both of Maine's representatives, Democrats Jared Golden and Chellie Pingree voted to pass the bill through to the Senate.

BREAKING: I just voted for the bipartisan #SAFEBankingAct to support Maine’s legal marijuana industry and ensure financial transactions are done through regulated institutions, not with bags of cash! pic.twitter.com/Dj448pkad4

Maine's Independent Senator Angus King said he is hopeful this bill could pass through soon.

“I think the common sense is coming through to my colleagues and I’m hoping we can get this done this year," King added.

King added this is not a debate over legalization, Maine voters passed that law years ago, he said. This conversation is about granting cannabis-based business owners banking rights which would allow those financial institutions to monitor the industry that currently deals in a lot of cash.

With more cash coming in, Maine's state leaders also agree the time to act is now.

The Director of the Office of Marijuana Policy Erik Gunderson called the SAFE Banking Act a "no brainer". Governor Janet Mills joined 20 other state Governors and wrote a letter to House leadership to advocate their support of the bill before the vote Monday night.

The bill would make it easier for business owners like Pollock to expand, or open a store, and solve logistical problems. It would allow for banks to work freely with cannabis-based businesses without the fear of punishment from federal regulators and it would allow states and the federal government to carefully watch the marijuana industry's growth through proper financial records.

“It would be terrific if more people can get involved and continue to build on the reputation that Maine has as one of the number one, if not the best cannabis market in the country right now," Pollock said.