According to the 2019 State of Women Owned Business Report, Maine was ranked number one in the country to demonstrate employment vitality. 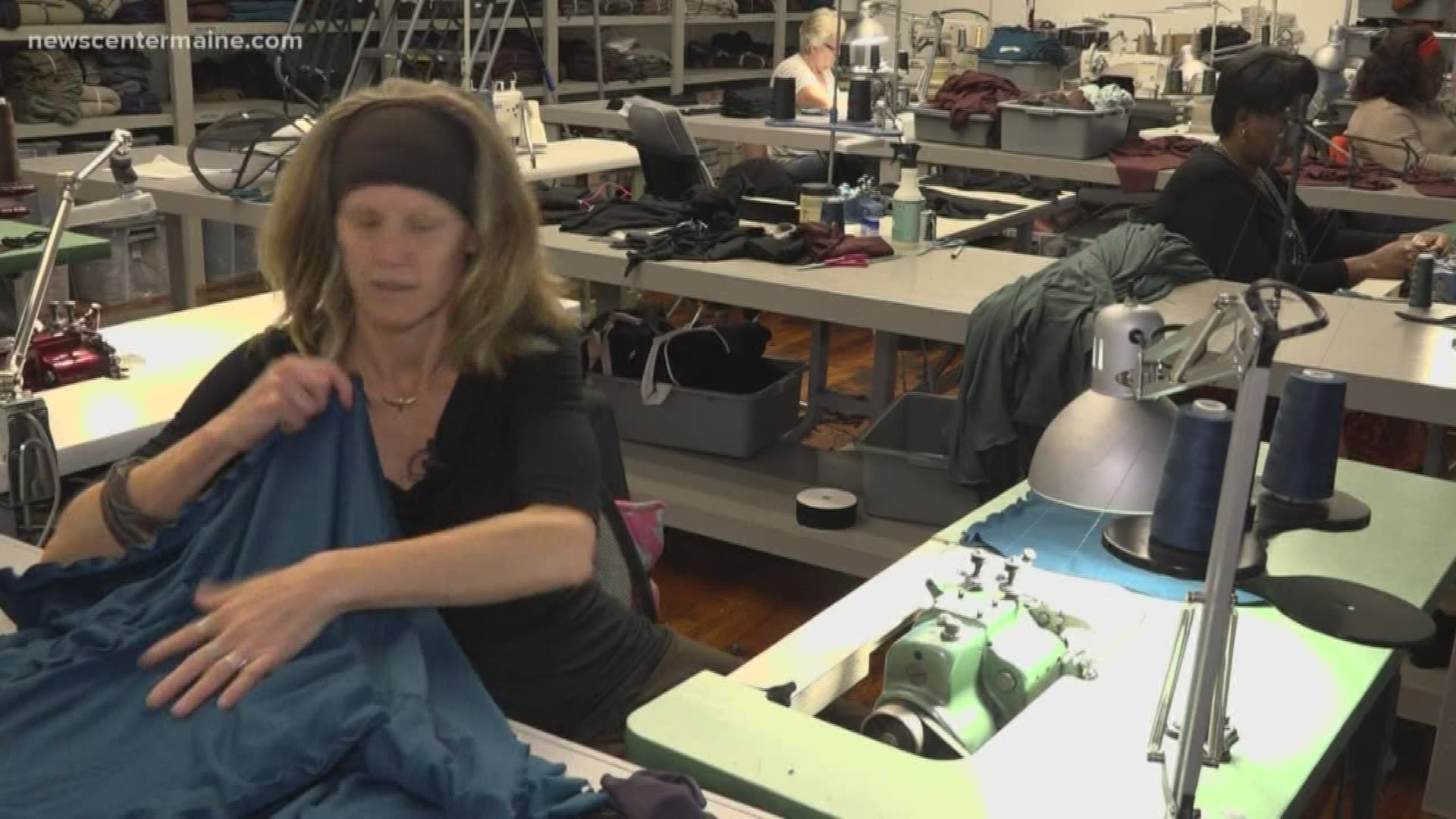 BIDDEFORD, Maine — One Maine woman joins hundreds of women who own their own businesses in Maine.

Roxi Suger always wanted to own a clothing business, and nearly 20 years ago, she made it happen.

Suger launched Angelrox, a clothing line made out of bamboo. She sews all the pieces together in a mill in Biddeford.

"I learned to sew at 8 from two grandmothers. I was committed by high school and never wavered," said Suger.

According to the 2019 State of Women Owned Business Report, Maine was ranked number one in the country to demonstrate employment vitality. It measures their job growth rate and average number of staff.

"We are seeing women rise and showing their strength and their acumen and their ability. Then it's just a lovely snowball effect of inspiring other women to have confidence to take those steps," said Suger.

Maine was also ranked in the top 10 for economic clout, which is defined as growth in the number of women owned businesses, as well as growth in their employment and revenue.

"I feel like we are all thriving," said Tulu Salon in Biddeford's owner, Terra Johnson.

Johnson wanted to open her own business because she says it was time- after working for someone else for more than 20 years.

She says knowing Maine is a top state for working women is empowering.

"It shows that we have the ability and it's not just a man's world," said Johnson.

Suger says even though being an owner can be tough at times, she is proud to be apart of the circle of women- working hard each and every day.