Maine's first 'ghost kitchen' is six restaurants in one

Karen's Kitchens in Gorham serves a range of cuisines using an exclusively take-out and delivery model. It's the state's first stand-alone ghost kitchen. 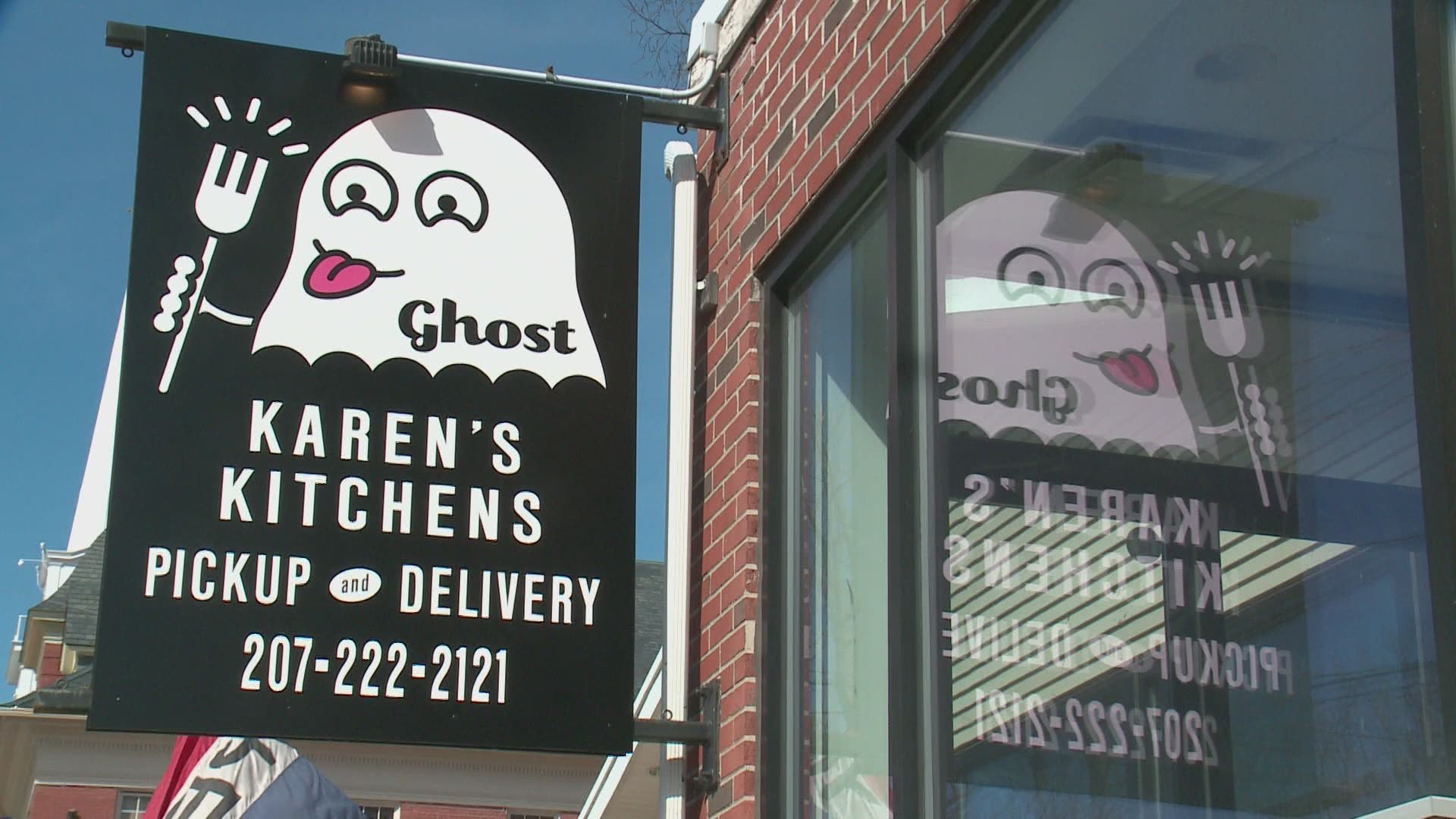 Ghost kitchens are professional and fully-operational kitchens that don't seat and serve customers. They're all take-out-based. They often partner up with delivery services or offer curbside pick-up. There are no tables, no counters, and no dining-in involved.

What makes a ghost kitchen different than a regular restaurant serving take-out is that it isn't tied to a specific cuisine or staple menu.

Karen's Kitchens pulls from an arrange of cuisines with its six menus. The six restaurants are called: Brooklyn Benny's, Bliss Bowl, Soup Dogg and Salad, Mykonos Mediterranean, Backyard Burger, and My Thai.

Restaurant owner Karen Nason says the variety is part of the appeal, "Maybe your son wants Brooklyn Benny's pizza, and you want Bliss Bowl and your husband wants Thai. All of those things can be delivered. So you don't have to just call one place and that's what you're going to get. You can go crazy here!"

The model allows people to remain at home and have minimal interaction with other people. So it's no surprise ghost kitchens have grown in popularity during the pandemic.

Karen Nason believes it's a trend that's here to stay.

"Even when this is over, are we all going to feel so comfortable going out again? I'm not so sure," Nason said. "I think the one thing that we liked was staying home with family. If not, I must be mistaken because we're doing very well and I think it's because people want to have the experience of eating at home again."

That said, Nason said she did not intend to get into this type of business when she moved back to Gorham to be with a sick family member in 2019.

After working for decades in the New York City and New Jersey food scene, Nason opened up the Grand Central Wine Bar in Gorham in November 2019.

She said the timing couldn't have been worse.

"Literally three to four months later, we're shut down for good," she said. "And what am I going to do? I just spent an enormous amount of money to come home and stay here and teach what I learned in Manhatten and suddenly, I'm done."

Nason was not down for long. She pivoted to this new business venture later in the year.

"Like a good Mainer, I'm not going to take no for an answer! So what am I going to do? I'm going to create a ghost kitchen!"

Since Karen's Kitchens opened in December of 2020, Nason said they've had a steady stream of business.

In fact, business is doing so well that she's considering starting a seventh restaurant out of the kitchen—an oyster bar.