The show goes on for Maine entertainment venues

Theaters and other entertainment venues have been closed for a year, but there are plans to reopen very soon 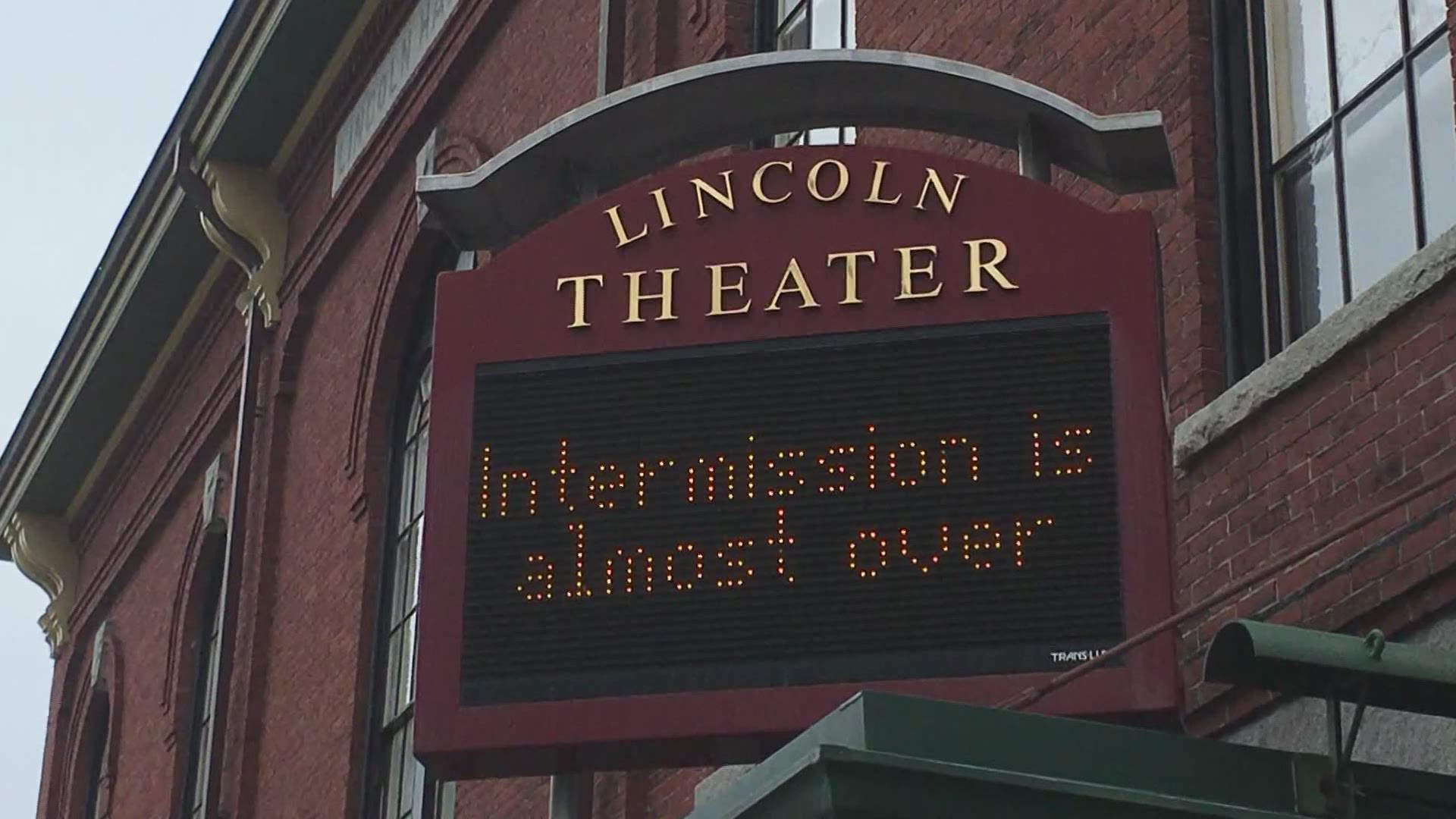 MAINE, USA — It's been a year since entertainment venues went dark here in Maine and across the nation, but as the COVID-19 vaccine continues to be distributed and people look to get back to normal, theaters look to reopen.

On Friday, the Lincoln Theater in Damariscotta will reopen with COVID-19 safeguards in place, including a new ticketing protocol.

He added that the non-profit has been lucky because it has an emergency fund and received a Paycheck Protection Program loan from the government.

For some other theaters, it has been more of a challenge.

"A year ago we lost 100 percent of our revenue," The Grand executive director Nick Turner said.

Entertainment venues across the state have been hit hard due to the pandemic. The Grand in Ellsworth is asking for donations on Facebook, but is hopeful to re-open later this year #NEWSCENTERmaine pic.twitter.com/MVMm2ASYpU

Turner added the theater relies completely on ticket sales and concessions to survive.

"We're hoping to get back to continue to make revenue this fall," Turner said.

From Damariscotta to Ellsworth and to the Penobscot Theatre Company in Bangor, the communities are stepping up to help.

"Many people are giving in honor of somebody who isn't with us anymore," Jennifer Shepard, Penobscot Theatre Company executive director said.

The Penobscot Theatre Company is asking 100 people to donate $1,000 to commermate100 years in Bangor. As of Monday morning, 79 people have donated.