Maine drops amendment that would remove dams on the Kennebec River

The amendment was aimed to help restore the native fish population and the Kennebec River. Critics of the plan cited economic, procedural concerns. 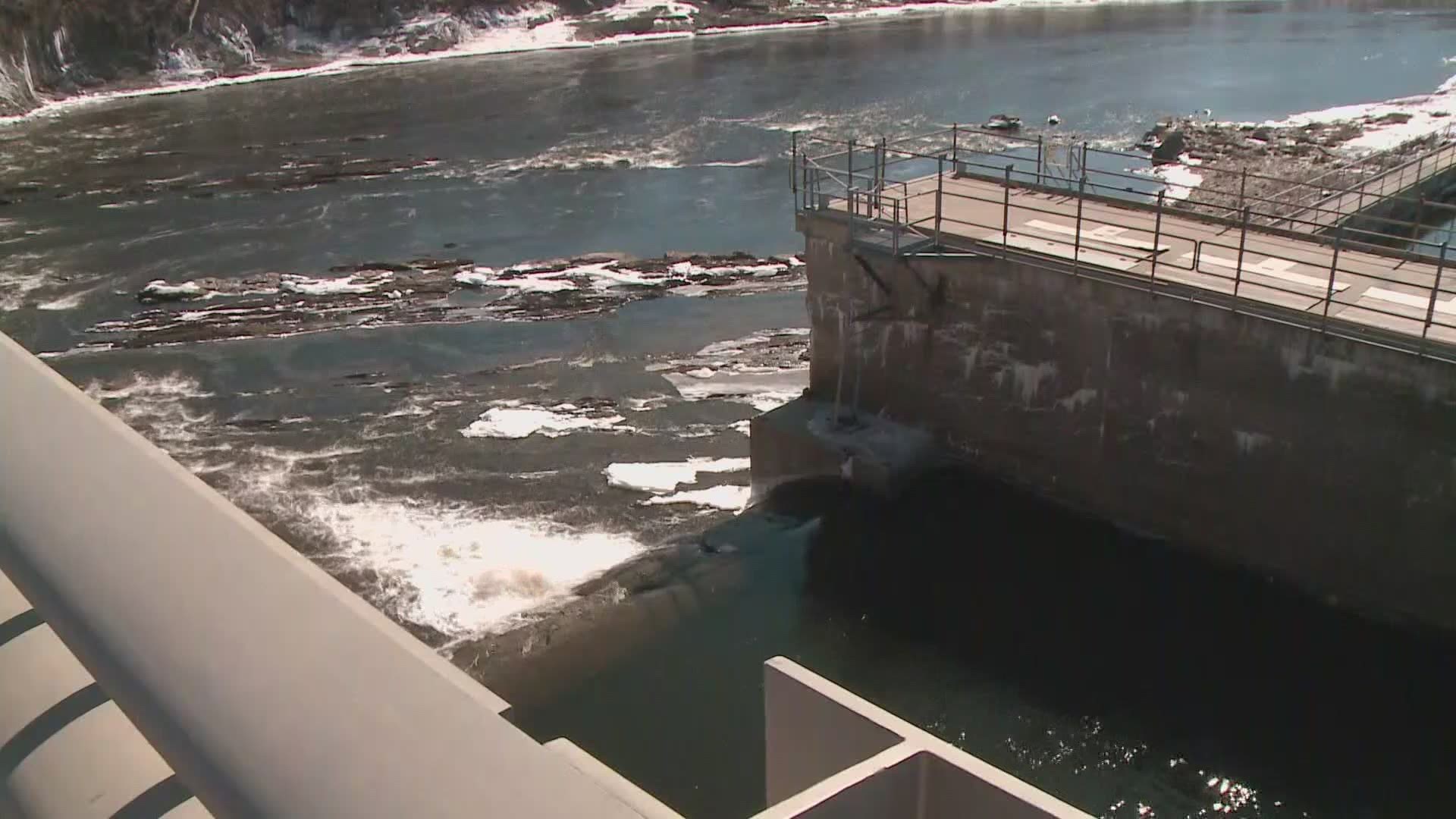 AUGUSTA, Maine — A proposed amendment that would remove at least two dams on the Kennebec River was pulled by the Maine Department of Marine Resources (DMR) Thursday.

"We are suspending the current proposed rule making. We’re doing this after reviewing comments on the proposed rule and conducting a review of DMR’s authority to undertake fisheries management plans," a department spokesperson told NEWS CENTER Maine.

The decision comes after weeks of public comment, public hearings, and many opinions on both sides of the 'dam' issue. The proposed amendment was aimed to help improve fish passage for Atlantic salmon and other diadromous fish species by removing two dams and considering the removal of two additional dams.

The dams in question include the Lockwood and Hydro Kennebec dams in Waterville, the Shawmut dam in Fairfield, and the Weston Dam in Skowhegan.

Supporters of the dam removal argued fish lifts or other passage methods do not work in restoring fish population up the river. Nick Bennett, a Staff Scientist with the Natural Resources Council of Maine, spoke to NEWS CENTER Maine on this matter last month.

“Critically endangered Atlantic salmon must get above those four dams in order to spawn and right now they can’t, they’re completely blocked," he said.

On Friday he added all four dams need to be removed to restore the salmon's, and other species, population.

“And the cause of extinction of Atlantic salmon in the state of Maine is these four dams, between Waterville and Skowhegan," Bennett said.

Those in favor of keeping the dams cited economic implications. Erica LaCroix is the town manager of Winslow. She said if the two dams in the Waterville-Winslow area are removed, her residents could see a significant tax increase as they generate $635,000 in property taxes for the town each year.

The Mayor of Waterville, Jay Coelho, said the tax increase would be "significant" on his side of the river as well.

Members of the public and stakeholders in this issue raised questions about the procedure in which the DMR conducted this process.

Brookfield Renewable Partners owns those four dams on the Kennebec and has been critical in the DMR's Governor Janet Mills administrations' handling of this amendment. It filed a lawsuit against the DMR last week.

"As the one of the many stakeholders and affected parties who were opposed to the plan, Brookfield Renewable, looks forward to receiving more information directly from MDMR regarding the withdrawal of the 2020 Amendment, along with their intentions to pursue future changes. We remain committed to working with the broad coalition of people who live, work, and recreate within the Kennebec region, who support balancing the river's natural resources,” Brookfield Renewable Partners Stakeholder Relations Manager Miranda Kessel told NEWS CENTER Maine.

Republican State Senators Scott Cyrway (Kennebec) and Brad Farrin (Somerset)  also expressed concerns over the way this was handled. The two sent out a release Thursday afternoon after the news became public.

“The people of the Kennebec region spoke loudly, and their voices were heard. My hope is that the Mills administration will follow through on its promise to engage local communities in future plans. I remain willing to help facilitate those discussions," Sen. Farrin said.

Farrin spoke to NEWS CENTER Maine on Friday. He called the DMR's decision "a win, not a victory." He added he was happy to see one reason why the DMR pulled the amendment was because of the hundreds of public comments made on the issue.

The DMR confirmed 1,1000 comments were made on the dam removal amendment. Farrin added he hopes stakeholders can come to the table and work together as the DMR reworks its Kennebec River Management Plan.

“Dialogue is always a good thing," he said. "I really see a way forward if people are honest brokers when they come to the table to discuss how to get there.”

"I am hopeful that going forward, planning for the river will be more inclusive of local interests and consider fishways as alternatives to dam removal," Sen. Cryway added.

Now, the DMR and this debate will pause and regroup and work to make a new plan.

"The Department now intends to take the time necessary to determine the best path forward for the adoption of a new management plan that establishes an appropriate long-term vision for this river’s fishery resources," the DMR spokesperson said.