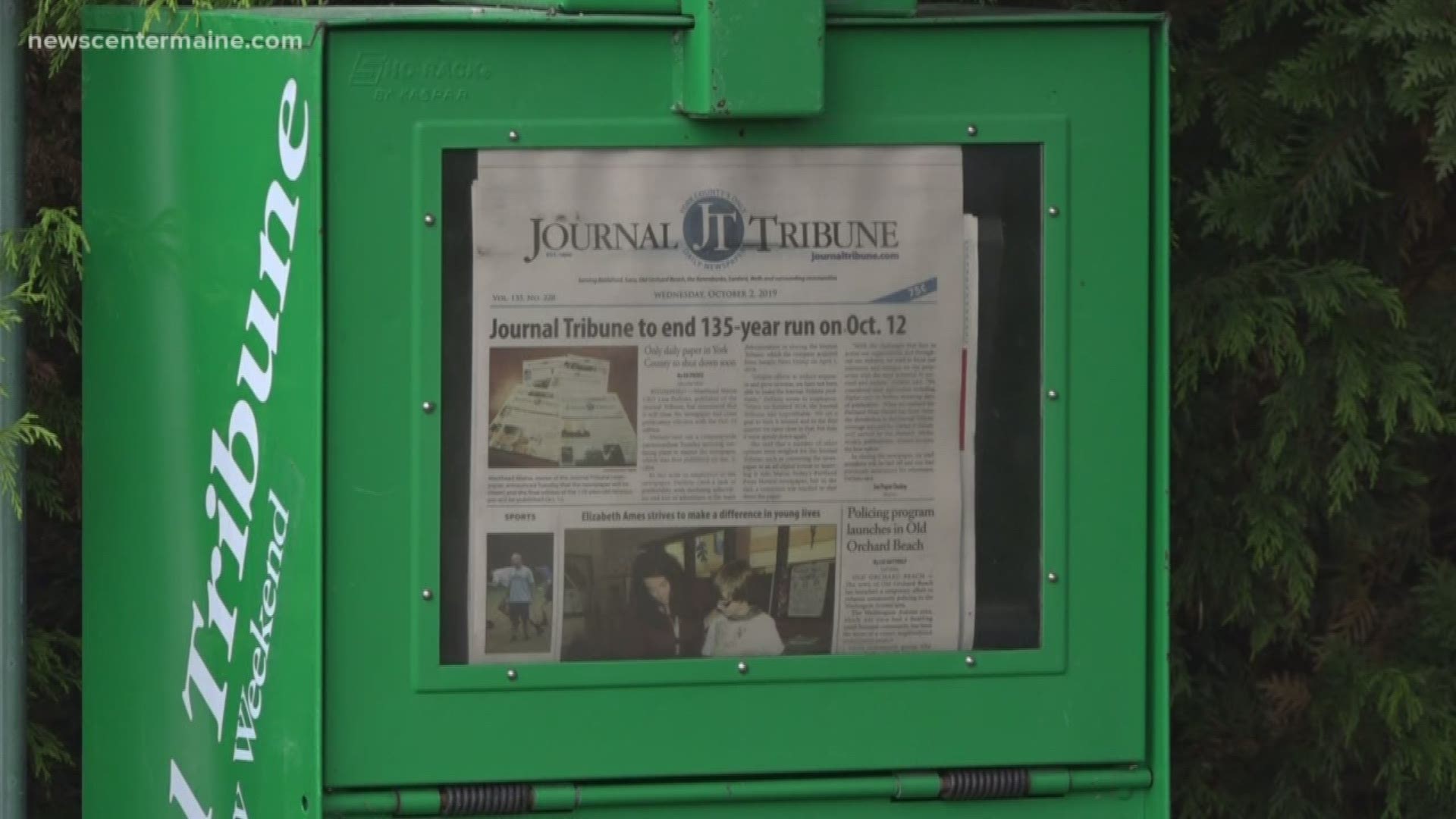 BIDDEFORD, Maine — After more than a century of sharing stories about the greater-Biddeford community, the Journal Tribune will publish its last paper on Saturday, October 12th.

While no one at the Journal Tribune was willing to speak to NEWS CENTER Maine, it shared the news in an article, published Tuesday.

Desisto says, "Throughout all of last year, unfortunately, the newspaper was unprofitable. We worked really hard to change that by reducing expenses and centralizing services, but even with all that, we just couldn't get the newspaper to profitability."

In Brunswick, many locals were sentimental upon hearing the news.

Locals Carol Dutil and Claudette Vadnai reminisced about the days the Journal Tribune was a thriving publication. Both of them had kids who delivered Journal Tribune papers in the community.

Carol Dutil says, "People would wait for the journal. Our kids delivered the journal for years."

"My mother was older and she says to me 'Get your sons to deliver! People are waiting for the Journal Tribune!' or whatever it was named at that time back then."

Claudette Vadnai says, "We used to look forward to the paper growing up. Everything was in there! Weddings, pictures, honor roll, sports."

While both of the ladies subscribed to the Journal Tribune at one point in time, neither had for years.

Buckley says, "I mourn the loss of any newspaper, but this one hit home because that's where I started my career in the business."

Buckley fears what the decline of print news means for the future.

Desisto agrees the loss of the Journal Tribune is a great loss, but without subscriptions to finance a newsroom, newspapers will continue to struggle.

"No one wants to close a newspaper that has served a community for 135 years, and there's a lot of sadness, but this was really the right business decision."

Desisto says the way to help newspapers is to support them through subscription.

"What we really need is for people to support us through subscriptions, whether it's print or digital. We're going to fight and fight and continue to do what we do, but it's a struggle from a financial perspective."

According to the article published by the Journal Tribune, in closing the newspaper, six staff members will be laid off. Some of the employees will go on to work for other Mainely Media newspapers.