The AG’s office says it has received 74 complaints against Castle Builders so far, but will not say if it has an actual investigation underway. 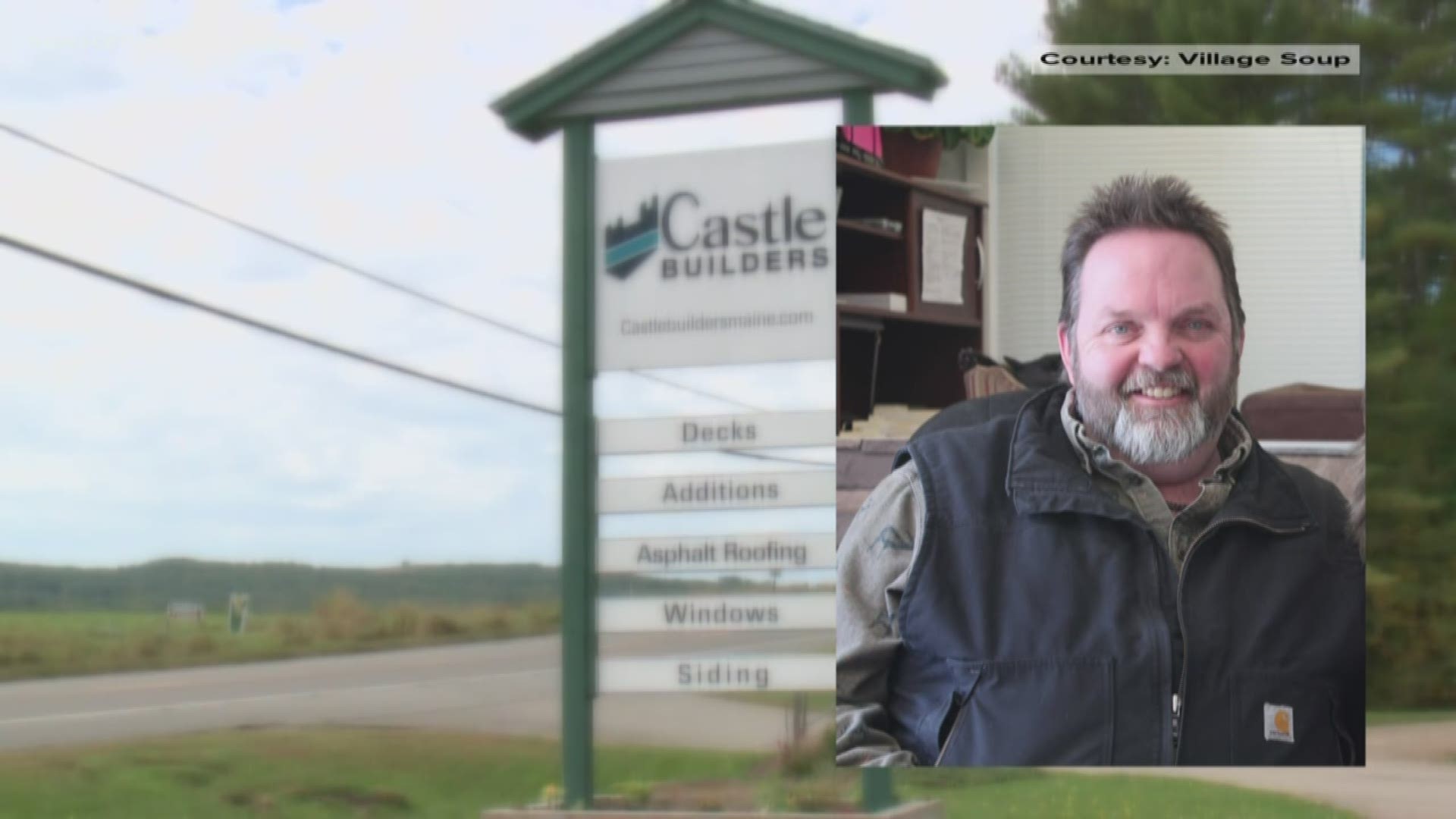 UNION, Maine — The Attorney General’s office says its consumer protection division has received “a significant number “ of complaints from customers of a contractor in Union that abruptly shut down, leaving dozens of people with work unfinished after taking tens of thousands of dollars in advance payments.

Castle builders closed its office and the adjacent Agway store on Route 17 in Union earlier this month. Valerie and Billy Jackson of Washington say they had hired Castle to replace the roofs on their house and two garages. The Jacksons say they paid about $37,000 of the contracted price of $42,000 in advance and that money was a big part of their savings.

The construction crew has been gone for more than two weeks, they say, and the roofs are less than half done. Part of the roof is covered with a blue tarp. The Jackson's say they can’t afford to hire another company to finish the roof.
“the back half of the roof is open, and we’re out everything,” says Valerie Jackson.

Her husband says they worry about the blue tarp covering part of the roof, with winter on the horizon.

“Because what’s there now isn’t enough to stop rain from coming in during hard winter…I figure the first snowstorm will rip the tarp right off. If the wind doesn’t do it,” says Jackson.

The AG’s office says its consumer protection division has received 74 complaints against Castle Builders so far, but will not say if it has an actual investigation underway. The former office location had gates locked, the phone number indicates it has been disconnected and the company Facebook page has apparently been taken down.

Another local contractor, Robin Milliken of SRB homes in Union, says she has seen a list of 90 Castle customers with open contracts, who would all have paid a portion of the money in advance. Milliken says there are a number of those homes, like the Jacksons, with work that needs to be done before winter. That’s why she organized a public meeting for Thursday night to help recruit other contractors, businesses, and volunteers to help those homeowners.

They also have an email address, srbhelping@gmail.com, for people to seek and offer help.