BIW has continued its aggressive hiring efforts that began in 2019 to meet the demands of the expanding Navy. 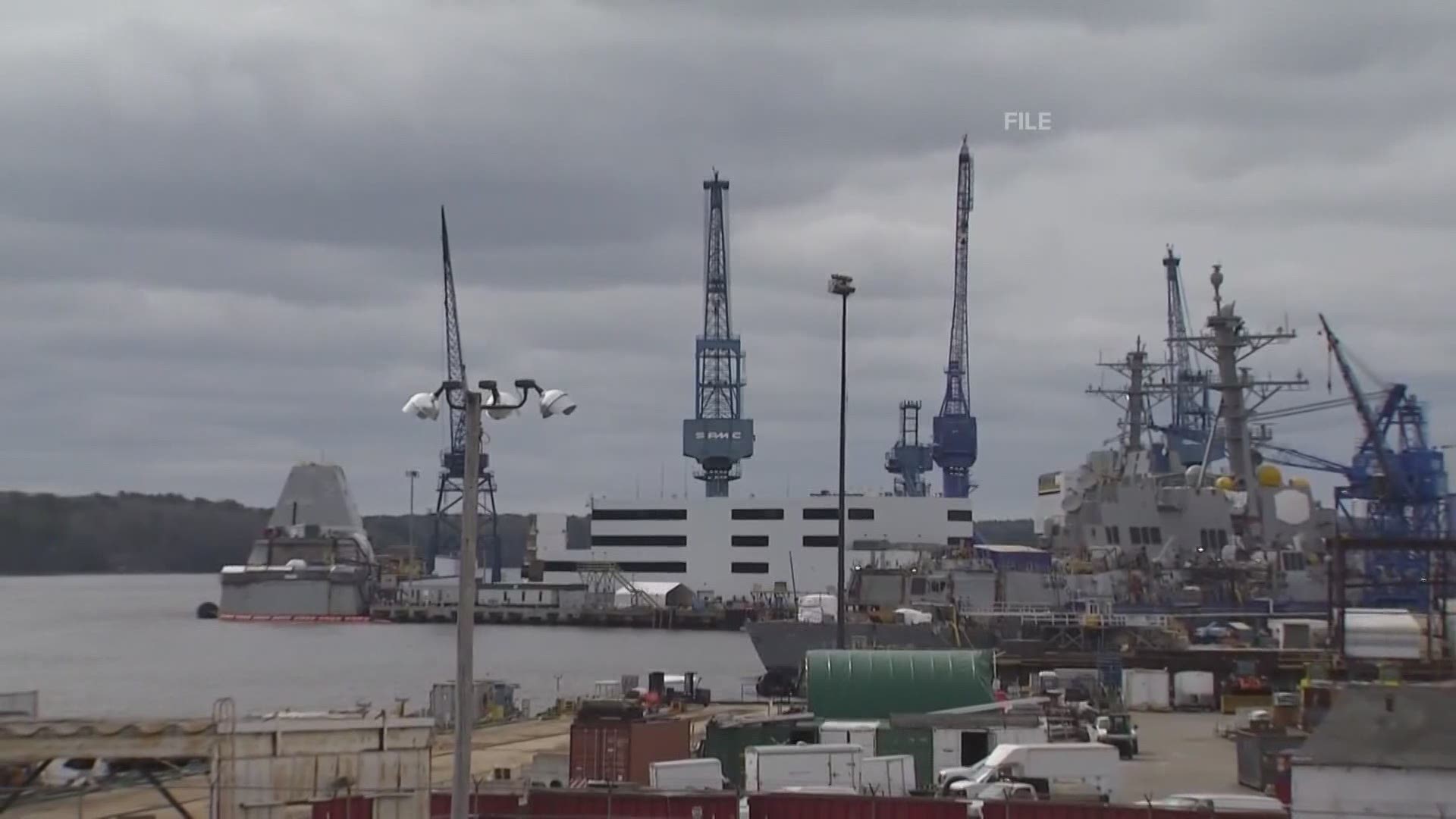 BATH, Maine — One of Maine’s largest employers hasn’t let the coronavirus pandemic thwart their hiring efforts to keep up with demands from their customer, the U.S. Navy. Navy shipbuilder Bath Iron Works (BIW), which plays a vital role in Maine’s economy, is on track to meeting its 2020 goal of 1,000 new hires by the end of the year.

BIW has already hired about 600 people this year to date, despite the challenges that both the coronavirus pandemic and a summer-long work stoppage have presented. Drive-thru events, which were created in direct response to COVID-19 requirements, have generated more than 400 additional prospective employees who are currently in the hiring process, bringing BIW to its goal of 1,000 new employees for 2020.

The hiring efforts are a continuation of BIW’s aggressive hiring plan that began in 2019, which BIW says is keep to their schedule recovery and keeping up with the demands of the Navy.

Demands that are on a trajectory to keep growing, according to the Navy. Just this past week, President Donald Trump's national security adviser Robert C. O'Brien paid visits to Portsmouth Naval Shipyard and BIW, where he announced the Navy’s plans to put hypersonic missiles on all Arleigh Burke-class destroyer, which BIW specializes in constructing.

During his visits, O’Brien also emphasized the importance of expanding the Navy, something Trump has pledged to do in his reelection campaign.

To meet the Navy’s demand for our ships, we are seeking to hire 1,000 employees by the end of the year. We are proud to be doing our part to strengthen Maine’s economy. Read more about our impact here: https://t.co/ggWbWftDYb

BIW says adding more workers will not only help meet these demands but will also help offset the attrition caused by experienced mechanics retiring and expand their overall workforce.

“Our plan to add another 1,200 employees in 2021 will maintain that momentum, resulting in a pace of building two ships per year,” spokesman for BIW David Hench said.

BIW says for many new employees, there’s an extended training period and mentoring required before a new mechanic fully contributes to production. It takes about five years for mechanics to reach peak proficiency. BIW invested more than $13 million in employee training last year and says millions more will be invested to improve machinery and its facilities to maximize workforce effectiveness.

BIW has a schedule recovery plan through 2023 that that includes specific near-term goals that will bring them to a rate of delivering two ships per year. BIW says the new employees hired are working with more experienced mechanics to help achieve performance milestones like getting all fabricated parts to assembly teams on time and readying the future USS Daniel Inouye (DDG 118) for sea trials by mid-December.

“We are making demonstrable progress toward our near term goals and continue to accelerate production,” Hench said.

Hench says the hiring efforts are helping to regain schedule, “but is also laying the foundation for improved performance in the future, enabling us to deliver on our commitments to the U.S. Navy and put us in position to win new work.”

“As the Maine State Chamber of Commerce and so many of our statewide MaineSpark partners work toward Maine’s educational attainment goal that 60 percent of adults have a credential of value by 2025, having major companies like Bath Iron Works in a ‘hiring mode’ into the future years will help create the incentives and workforce pipeline we need to strengthen Maine’s future economy,” Megan Diver of the Maine State Chamber of Commerce wrote in a letter in the Portland Press Herald.