Three men have teamed up to open a new barbecue restaurant on Main Street called Station 118. 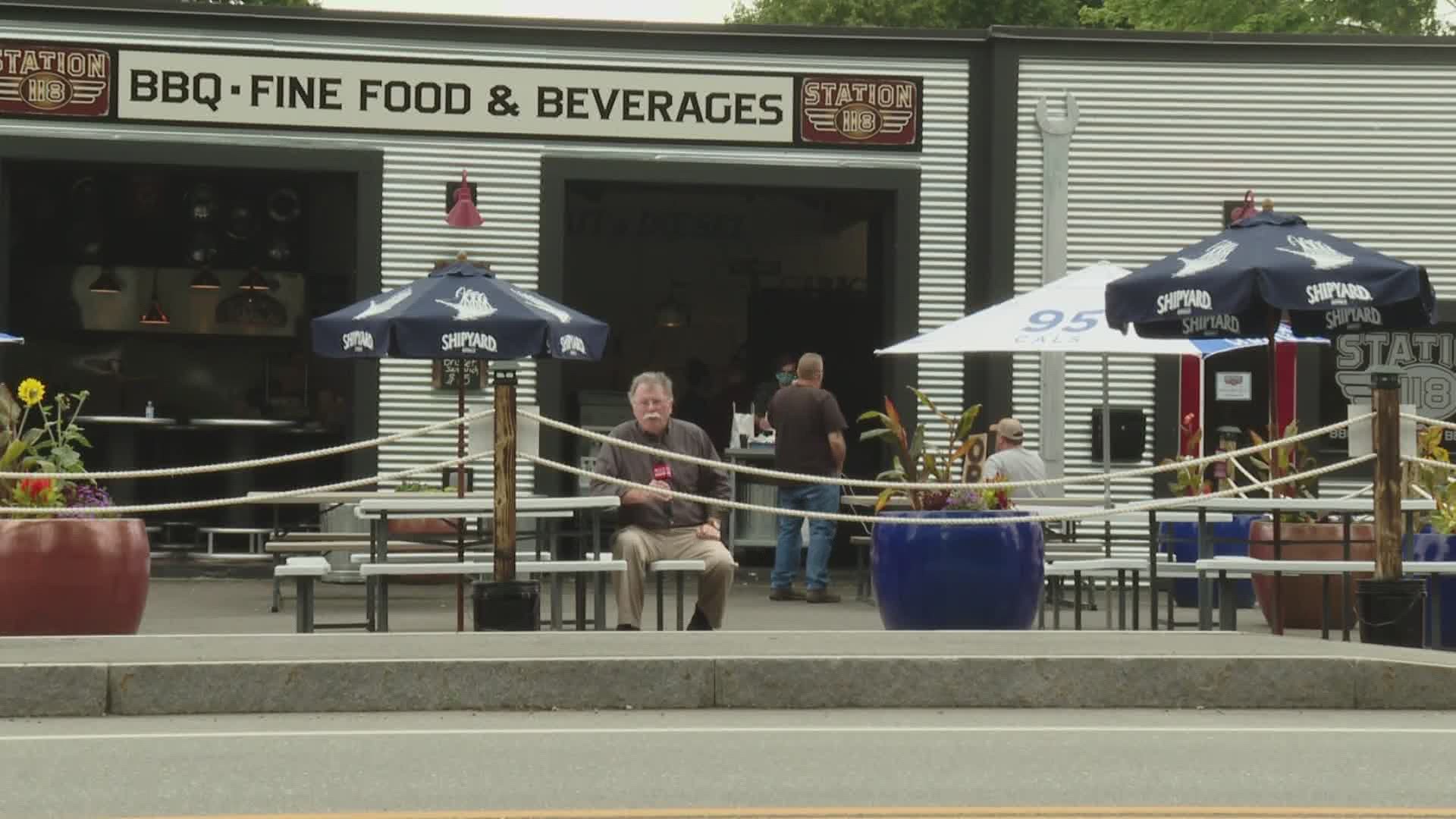 THOMASTON, Maine — The smoke rose from two meat smokers along Thomaston’s Main Street, filling the neighborhood with the aromas of wood smoke and barbecue, which one resident said were hard to resist.

The coronavirus pandemic has been hard on many businesses, and few have been hit harder than restaurants. So it may seem surprising that someone would start a new restaurant right now. But it's happening in Thomaston.

Three men have teamed up to open a new barbecue restaurant called Station 118. Lobster dealer Jamie Steeves has owned the former gas station for several years, and he has now partnered with chefs Andrew Bridges and Troy Crane.

The business opened Thursday, and Bridges says they sold out of food in about four hours. Then there was a line for lunch Friday, a half hour before opening. Bridges and Crane admit it’s a risk opening during a pandemic.

But both men say the customer response has been good, and they think the timing will work.

“I think this area is loaded with seafood restaurants and needs something different and barbecue is a kind of home food people desire,” said Crane, who grew up in the area and has worked in restaurants in both Maine and Florida.

Bridges says he also began life in nearby Port Clyde, but worked in fine food restaurants near Boston and elsewhere before returning to Maine. He says opening the new barbecue restaurant is something of a dream, despite his high-end background.

“It’s the way Jamie’s built the building galvanized sides, industrial looking. Since I was 17 or 18 I’ve wanted to open a restaurant in a gas station,” said Bridges.

RELATED: Keep ME Open: Epic Sports is ready to outfit you on your next adventure

The two men say the building is ideal for coping with COVID-19. There's an open area inside and, for now at least, all the customers sit at tables outside. All the staff are wearing masks and gloves.

The owners say the town of Thomaston has been very helpful, and glad to have a restaurant open in town. Long term they hope to add inside dining and even a deck on the roof, but for the moment are gratified the public seems to appreciate having something new in town.

RELATED: Keep ME Open: Bike sales and repairs through the roof during the coronavirus pandemic