Covid forces restaurants to get creative with outdoor winter dining

The Portland City Council voted unanimously Monday to extend outdoor dining on public sidewalks and parking spots until May. 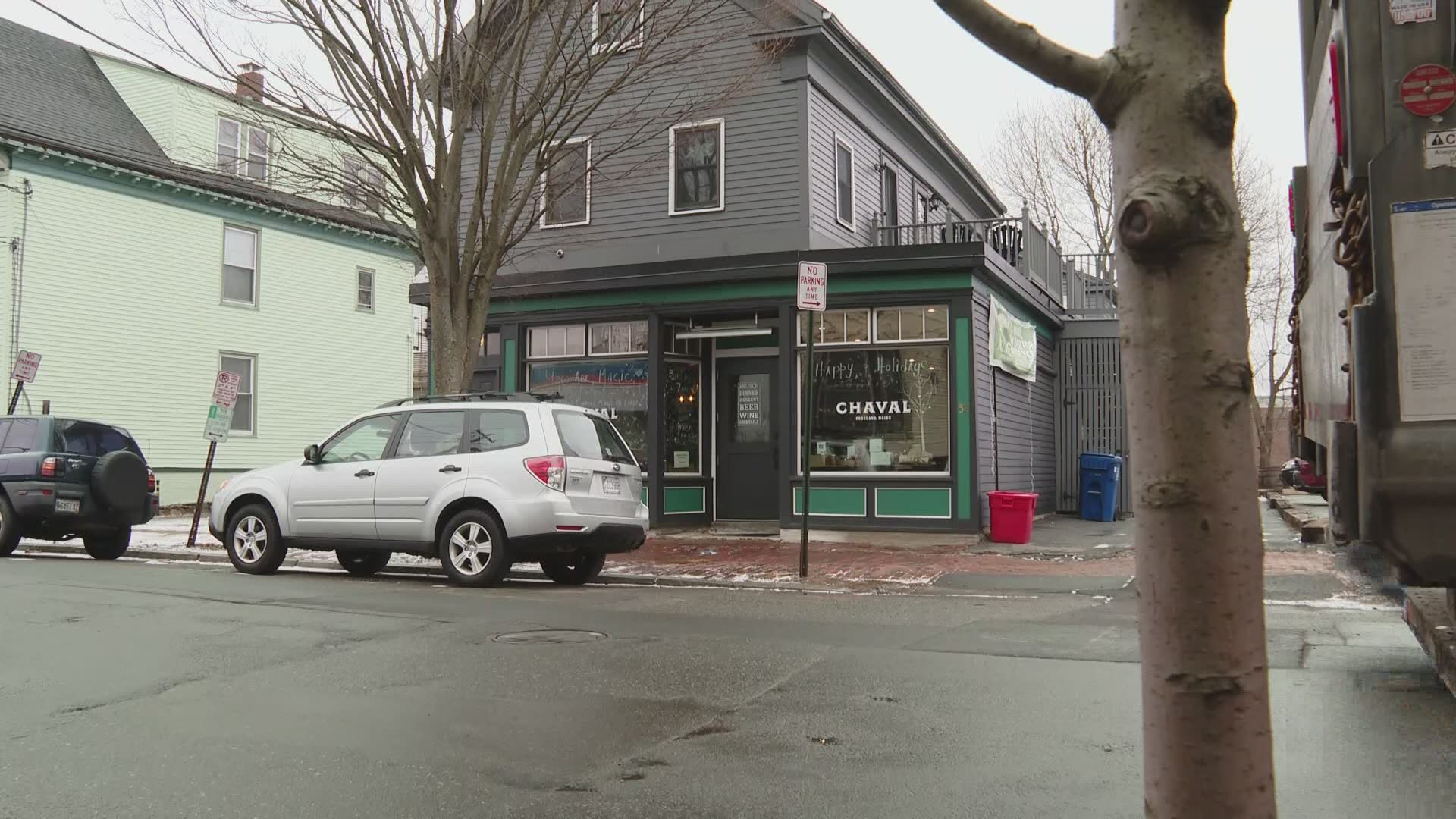 PORTLAND, Maine — In the next week, an outdoor patio at Little Giant will be ready for guests.

What was once a gravel courtyard at the West End restaurant will now be an outdoor space with a roof, heated concrete floors, a privacy wall with alternating slats for airflow, and seven heaters.

Malin says they offer limited takeout, but the restaurant has been closed for indoor dining since March. They launched outdoor dining on a deck they built in June and Malin says that went really well.

"The other months of the year, besides summer, has been absolutely atrocious," Malin says.

"No one could expect anything like this," Damian Sansonetti said. Sansonetti and his wife Emma Lopez own Chaval Restaurant on Pine Street in Portland.

To help keep the business going during the winter, they built greenhouses for people to dine in.

"The guests are loving it and they're safe," Sansonetti said.

The mini houses that have lights and heaters allow for proper airflow and can be easily cleaned.

"When it was snowing last week and the week before and you're sitting in there it's almost magical."

Sansonetti says the support from the community has been heartwarming.

"I was very moved last week when it was in the 20s and we had people sitting in there. It's great to see people come out and enjoy our hospitality and our cuisine"

Malin says his focus is bringing the indoor dining experience outdoors—even if it's a huge financial risk doing so.

"[It's a] little bit terrifying but the whole year has been terrifying, so we're excited and can not wait to open the door to this space," Malin said.

On Monday night, the Portland City Council voted unanimously Monday night to extend outdoor dining to May 10. The extension is part of the City's emergency proclamation. The City extended outdoor dining on public sidewalks and parking spots in October. That was set to expire Monday.

These outdoor spaces are being built to survive the pandemic but both Malin and Sansonetti say they will serve as an investment for the future.