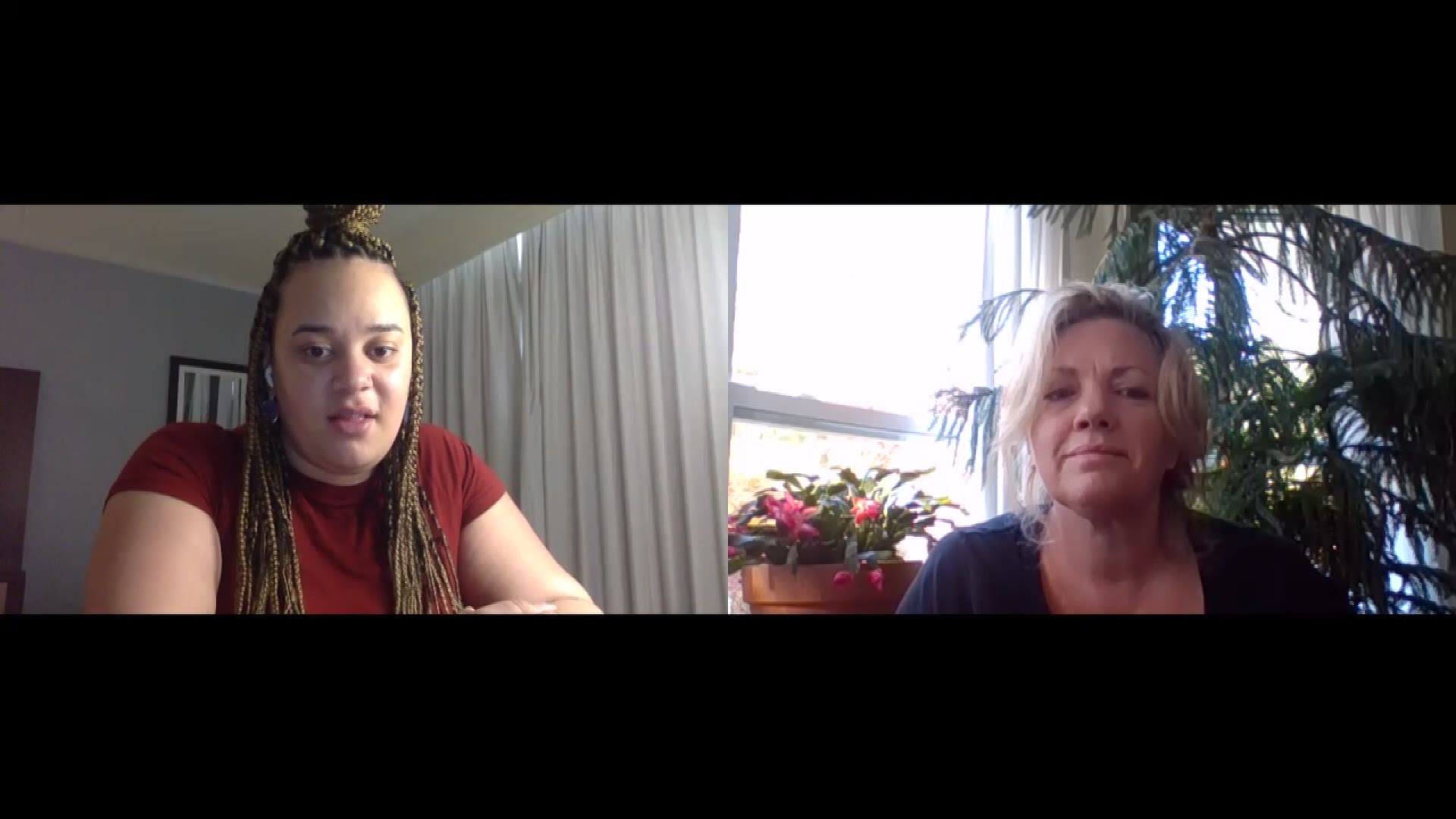 PORTLAND, Maine — Rose Barboza was at home with her four-year-old child in late May of this year when she saw news coverage of the death of George Floyd, and watched the video of the 46-year-old Black man being handcuffed and pinned to the ground as Minneapolis Police Officer Derek Chauvin knelt on his neck long after Floyd was dead.

Then she watched as streets around the country, including in Portland, filled with protests against police brutality and systemic racism.

But amid the COVID-19 pandemic, Barboza couldn't vent her outrage on the streets without risking the health of her son, whose asthma made him vulnerable to complications if he were to catch the virus.

So as she watched and grieved, she thought of how she could support the movement. In June of 2020, Barboza and Jerry Edwards, also known as Genius Black, founded Black Owned Maine, an online directory of Black-owned businesses in Maine.

"There's so many different ways you can support the movement. This is like a concrete way you can go to the website, pick a business, go get lunch, no questions asked," she said recently. "You don’t have to worry, ‘Am I doing enough?' or 'Am I doing the right thing?' It’s just right there.”

"What we really want to do with this is show a different side of Maine that isn't often talked about," Barboza said. "If you're a tourist and you're thinking of places to visit, you think of Maine as being outdoorsy and woodsy and beautiful, which it is, right, but there's this whole other pocket of Maine that the rest of the world and the country don't really know about. We're trying to bring that all together in one place."

RELATED: Portland artists create murals to honor, celebrate those who made East Bayside community 'as awesome as it is'

Members of the directory say it has helped their visibility.

After Barboza posted a photo of her braids on the Black Owned Maine Instagram, business at Rafiki Barbershop, where they were done, took off, Douglas Rutamu said in an Instagram post.

"Since then it's been so much love, so much support from all different people," Rutamu said. "The community didn't even know about us. Our following has been growing so much in just two weeks."

"It definitely has helped, having my photos on there, some of myself, some swatches, my sanitation," Berta Lindos, a nail artist, said. "I'm excited to see where it takes me and the people I meet through the website."

On Monday, Black Owned Maine, working with Portland Buy Local, announced the Maine Black Business Pledge, asking consumers to shift 10% of their spending to independent, local, Black-owned businesses, and asking retailers to allocate 10% of their shelf space to the same.

By Tuesday evening, about 45 individuals and five businesses had already signed the pledge.

Barboza said she hopes to eventually find larger companies to sponsor smaller businesses in the directory, and to somehow note businesses that are not Black-owned but that support the Black movement.

Recently, Black Owned Maine partnered with Allagash Brewing Company, Maine Inside Out and Indigo Arts Alliance on a new stout, Black is Beautiful, to be released Thursday.

One hundred percent of the profits will benefit local organizations working toward racial justice and equality, according to Allagash.

Black Owned Maine also produces a podcast that focuses on topics such as youth incarceration and racial justice, and sponsors family grants of up to $250 to help with costs related to COVID-19 and  an "Innovators" grant of $500 for one Black-owned business that is "rebranding, pivoting or innovating."

Eventually, Barboza would like Black Owned Maine to become a directory of services for families and businesses.