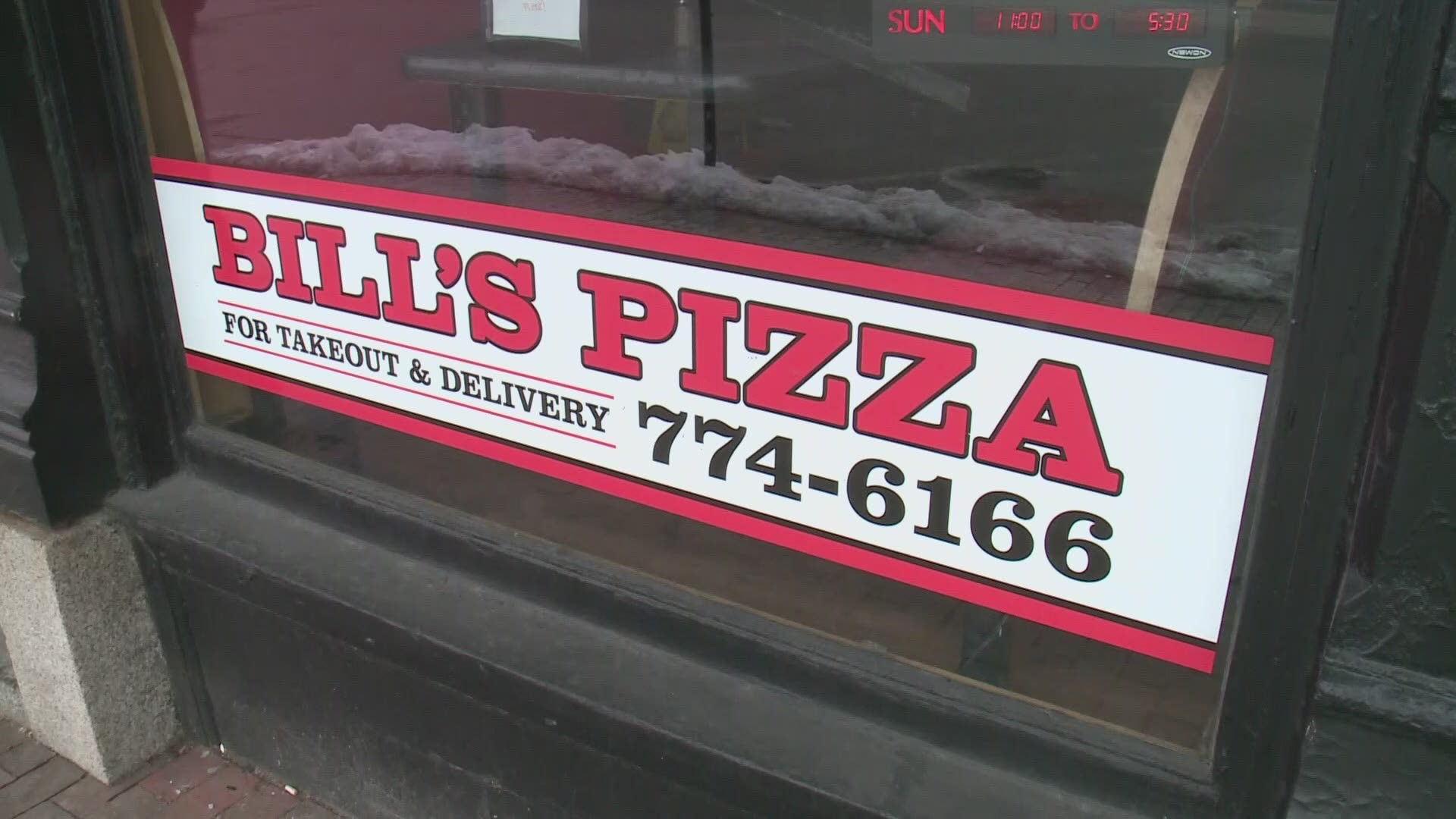 PORTLAND, Maine — Bill’s Pizza on Commercial Street in the Old Port is closing its doors, the restaurant announced over the weekend.

The pizza joint known for its “jumbo” pies and late-night slices said in a Facebook post that customers have until Feb. 28 to grab one last slice and say goodbye.

“We will miss all of you and hope to see all our regular faces before February 28th,” the post says.

Bill’s Pizza has been around since 1949, but the Old Port location at 177 Commercial St., has only been around for 32 years and has been a prominent part of downtown Portland for decades.

Customers flooded the page with good wishes and wrote about how much they'll miss the Portland pizza.

"This is a staple in Portland and we are all so sad to see you moving locations," one person wrote.

"Best of luck, I used to go for a slice in between sets at Bull Feeney's every gig, good times," another said.

Prior to the pandemic, Bill's Pizza was one of the only restaurants in Portland to stay open until 2 a.m., becoming the go-to spot for a late bite after bar hopping or concert-going downtown.

Bill's Pizza closed in March when the coronavirus pandemic hit Maine, but reopened in May for weekend-only takeout and curbside pick-up, closing at 6 p.m. Then in July, the pizza parlor began staying open until 2 a.m. on weekends again before going back to 9 p.m. closing time in November amid Gov. Janet Mills' closing mandate.

John Bradbury, owner of the Portland location, said on Sunday that it's a bittersweet day because of the relationships he and his staff have formed over the 32 years in the Old Port.

He added that Bill's Pizza lost a lot of businesses this summer with cruise ships not coming through and the late-night crowd not stopping by after the bars close.

The Holy Donut, which announced its Exchange Street location closure in October due to the impact of the coronavirus pandemic, announced Monday evening it will be reopening at the Bill's Pizza location on Commercial Street.

The Holy Donut will be returning to Portland's Old Port later this year! We'll be moving into the space currently occupied by Bill's Pizza.@wgme @newscentermaine @WMTWTV @sunjournal

Press release can be found here:https://t.co/2dDkfMCK8q

Jeff Buckwalter, Holy Donut CEO, said in a release, "We couldn't be more excited to announce that we have secured a new location and will be stepping back into the Old Port in the summer of 2021!"

Buckwalter said the location "will offer more space for our loyal fans as well as offering ample on-street parking, marking it easier for our commuting friends to swing by in the morning on their way to work."