Tuesday's 'Pitch-Off' is one of three regular-season events. The winner will have a chance to pitch in the season finale for the chance to win $5,000 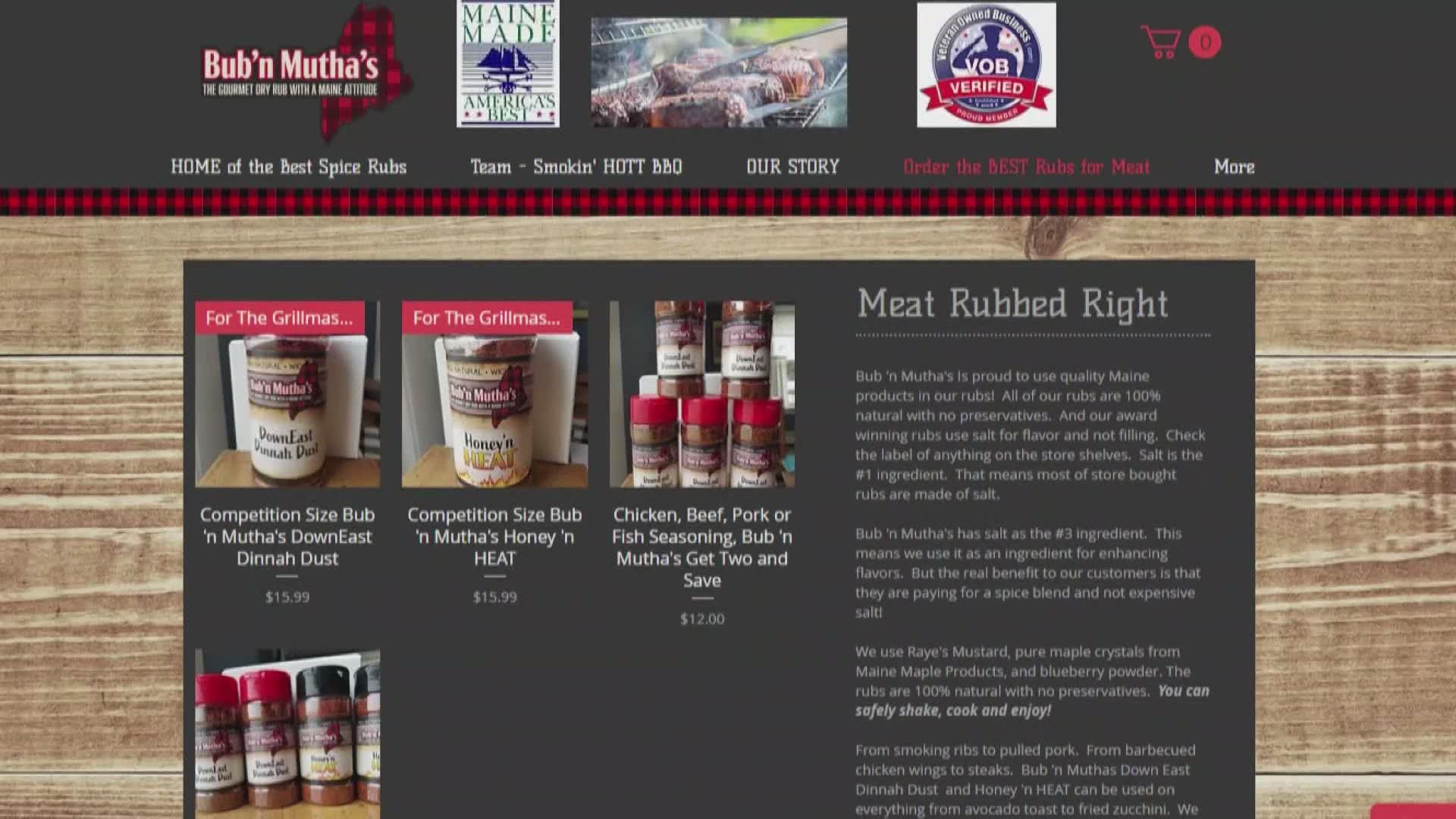 BANGOR, Maine — For entrepreneurs, getting an idea off the ground is tough, but the real challenge is growing your business.

There are plenty of organizations and resources in the Bangor region for start-up companies to reach out to, but one group is comprised of multiple municipalities, universities, and business leaders aimed to help entrepreneurs.

Big Gig and it's 'Pitch-Off' events help local companies promote their product or service during multiple events a year.

“They don’t have any PowerPoints or anything like that. t’s just their pitch," Emma Wilson, the Entrepreneurship Events Coordnidator at UMaine said. Wilson also helps market and coordinate Big Gig events.

Wilson said the events are typically held in locally-owned breweries or restaurants, but since the start of the pandemic, they've been virtual. All pitch-offs are via Zoom and streamed on Big Gig's Facebook page.

The virtual format has allowed for more Mainers to submit their pitches to the initial stages of the competition before the pitches are made publicly.

John Fuhrman of Bub'n Mutha's, Veronica Stubbs of The Scone Goddess, and Stephanie Noyes of 360Sleves all made their pitches to the panel of judges, and the audience Tuesday evening.

Before the event, Fuhrman and Stubbs were able to warm up their pitches over Zoom calls with NEWS CENTER Maine.

Bangor Entrepreneurs | Big Gig | United States
Big Gig is an unprecedented partnership between a motivated group of municipalities, universities, and organizations in Maine's Penobscot River Valley. We've been working with local innovators and entrepreneurs since 2012 to create a supportive network and to bring positive change and economic growth to our communities.

“Who wants to help us be the Sam Adams of Barbecue, locally made, nationally known," Fuhrman said when reciting his tag line from his pitch.

The Winterport based company makes barbecue dry-rubs with a Maine attitude. That attitude comes from ingredients made by locally owned businesses around the Bangor area.

Fuhrman said he uses maple crystals from Maine Maple in Madison, coffee beans from Coffee Hound in Brewer, and mustard seeds from Raye's Mustard in Eastport.

“We’re ready to scale, we’re already in stores, now we want to be in a lot of stores," he said.

The dry-rubs are in every Reny's in the state and in locally owned stores as well. Despite having no vendor expos or events, Fuhrman was able to have a successful year by utilizing online sales and social media.

As a Navy Veteran, Fuhrman said he wants to hire fellow vets in the area to give them a good job and opportunity. In Winterport, he mentioned, having a job outside of the waterfront is tough, which is why he said many folks leave the area.

“There’s not a lot of opportunities to make a good living (in Winterport), we’d like to be able to offer that," he said. "If I could reach out to a few veterans and change their lives, that would be awesome.”

Stubbs' has always been a baker. While owning a Bed and Breakfast she would always get compliments on her scones and the idea of The Scone Goddess was born.

In her second year, Stubbs said she has expanded her inventory to 13 flavors, including a gluten-free line. She also saw growth this year despite the impact of the COVID-19 pandemic on in-person business.

She said she packs all the scone mixes by hand, so the $5,000 grand prize would help make things a little easier.

“If we were able to get this machine (with the prize money), we would increase our production by 300%," she said.

While that would be nice, Stubbs and Fuhrman agree the contest is about more than winning.

"It’s just such an awesome opportunity to get out in front of people and let them know about your business," Stubbs said.

Nate Wildes echoed that statement Tuesday. The Executive Director of Live and Work in Maine and the Managing Partner of Flight Deck Brewing, Wildes knows starting a business is a marathon.

“Activities like the Big Gig are the equivalent of somebody along the marathon route, handing you a shot of Gatorade," he said.

Wildes added he's excited to hear the pitches, the stories, and the passion from the three contestants Tuesday.

He added this event is not like Shark Tank where there is a winner or a loser, because in this contest the feedback and support is the real prize.

“There (are) only opportunities to learn and to gain," Wildes said. “But it’s also a lot of attention and it’s an opportunity to get other individuals and organizations who can help you to get involved.”