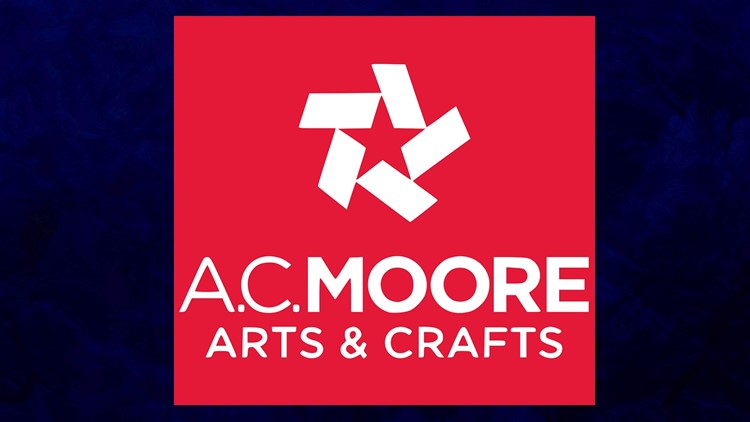 Photo by: NCM
Arts and crafts retailer A.C. Moore is closing its stores

Arts and crafts retailer A.C. Moore is closing its stores

MAINE, Maine — Arts and crafts retailer A.C. Moore has decided to close most of its stores.

According to the Portland Press Herald, the New Jersey-based company – which has stores in South Portland, Augusta and Bangor in Maine – did not specify Monday which of its locations will be closed or when the closures will occur, but it did say up to 40 of its stores will remain open under the Michaels name.

Michaels has stores in Augusta, Biddeford and Scarborough, with the store in Scarborough located on 490 Payne Road at the Christmas Tree Shops Plaza – about one mile from the A.C. Moore store at 200 Running Hill Road in South Portland.

“For over 30 years, our stores have been servicing the creative community with a vast selection of art and craft materials, with one common focus, the customer,” A.C. Moore CEO Anthony Piperno said in a statement Monday. “Unfortunately, given the headwinds facing many retailers in today’s environment, it made it very difficult for us to operate and compete on a national level.”

The company, which opened its first store in Moorestown, New Jersey, in 1985, employs more than 5,000 workers in more than 145 locations mostly in the eastern U.S.

“Plans for closing specific A.C. Moore locations will be shared in the upcoming weeks on our website,” the company announced. “While we will stop accepting further online orders as of today, we will ship any previously placed orders in the ordinary course.”

The transaction will allow The Michaels Companies Inc. to assume leases for up to 40 A.C. Moore store locations, as well as an East Coast distribution facility. The transaction also allows Michaels to purchase intellectual property, a move that will give Michaels the opportunity to enhance its position as one of North America’s largest arts and craft retailers. Michaels already operates more than 1,260 stores in 49 states and Canada.

“This transaction enables us to further expand our presence in strategic markets and serve even more customers both online and in-store,” Michaels CEO Mark Crosby said. “We are looking forward to re-opening these stores under the Michaels name in 2020 and welcoming new team members.”

According to the statement issued by A.C. Moore, parent company Nicole Crafts decided to divest its retail operations as part of a broader strategic plan and will now focus its resources on the retail and real estate divisions of Gordon Brothers.

RELATED: 'Blue Laws' prevent many stores from being open on Thanksgiving Day