Four years after Mainers voted to legalize recreational pot, sales begin. But with only eight shops licensed to open, supply is expected to be low. 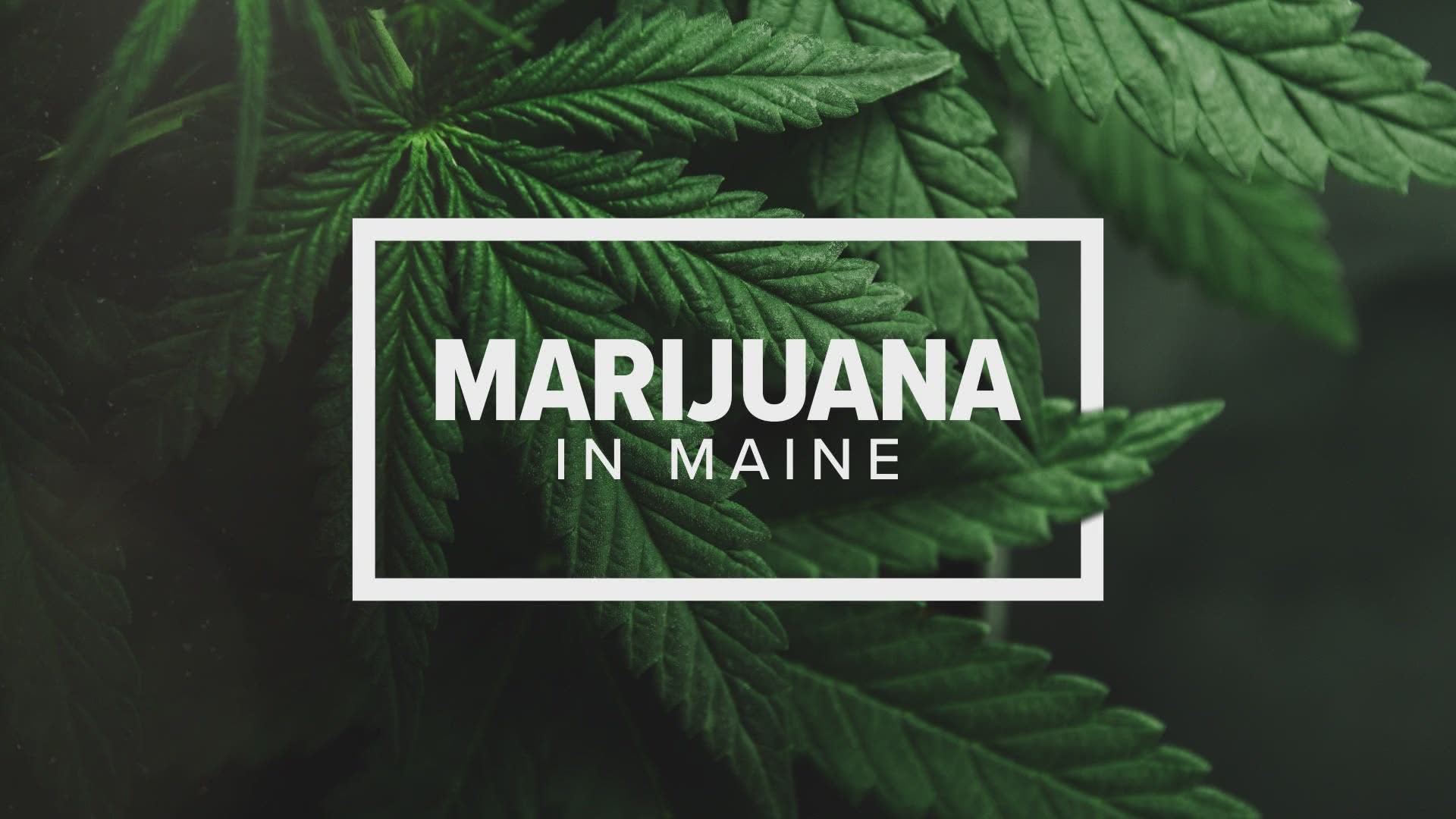 MAINE, USA — After years of anticipation, legal sales of adult use marijuana begin in Maine Friday. It comes four years after the state voted to legalize recreational pot through a referendum vote.

It remains illegal to consume marijuana in public spaces.

"As soon as those doors are opening, there's nothing more rewarding than seeing people who are really stoked to come in and buy legal cannabis," Theory Wellness Market Director Thomas Winstanley said.

Theory Wellness, a Massachusetts-based company run by two Colby College graduates, is one of just eight stores that have received an active license from the state allowing them to open.

"For us, it's incredibly exciting because we do love this state, and it's exciting to see the proliferation on a broader scale of cannabis legalization," Winstanley said.

Today marks the 1st day of recreational pot sales in Maine. Theory Wellness in SoPo is one of just 8 shops who have received an active license from the state allowing them to open. More info ahead of opening day coming up on @newscentermaine #wakeMEup pic.twitter.com/xJfRvBWbHB

While Theory Wellness is set to open its South Portland location on the Maine Mall Road, more than 200 other hopeful shops are still in the in the licensing and application process.

"It would be a slower launch, but a launch none the less," Maine Office of Marijuana Policy Director Erik Gundersen said.

With shops licensed and ready, Gundersen says he expects supply to be low, and demand could be high.

"That's pretty much par for the course in every jurisdiction that's launched a program has seen those type of shortages and it'll mature over time," Gundersen said.

Gundersen says it will mature as more shops, cultivation sites, extraction locations and manufacturing facilities open. One of those is JAR Cannabis Company, which is looking to open multiple shops.

"We have to make sure the cultivation centers are licensed and online, our manufacturing and extraction facility is ready to go. And then at that point once those licenses are in order, we'll be ready to open up the retail stores," JAR Co-owner Joel Pepin said.

Pepin believes that when more stores are licensed and operating, Maine could be positioned to be one of the premiere designations for recreational marijuana.

"I believe Maine has a high number of talented cultivators. There's some tremendous extraction artists and coupled with retail shops across the state, I think Maine's gonna be known nationally to visit for adult use marijuana," Pepin said.

RELATED: City of Portland reminds marijuana businesses they must be licensed to operate

Maine municipalities must opt in to the adult-use program by locally allowing for marijuana establishments.

Maine’s ballot initiative measure to legalize marijuana for adults and establish a regulated marijuana market passed with 50.26 percent of the vote on November 8, 2016, along with three other states — California, Massachusetts, and Nevada. After a series of delays, Maine is the last of those states to launch adult-use retail sales.

Marijuana has been legal for adults 21 and older to grow and share since January 30, 2017. Legislation to establish rules and implement a regulated adult-use marijuana market was signed into law by Gov. Janet Mills on June 27, 2019.

Eleven states and Washington, D.C. have legalized marijuana for adults 21 and older. Beginning on Friday, 10 of those states — Alaska, California, Colorado, Illinois, Maine, Massachusetts, Michigan, Nevada, Oregon, and Washington — have launched marijuana sales for adults. In the 11th state, Vermont, Gov. Phil Scott signed a bill into law Wednesday to add regulated sales to an existing law that legalized personal possession and cultivation.