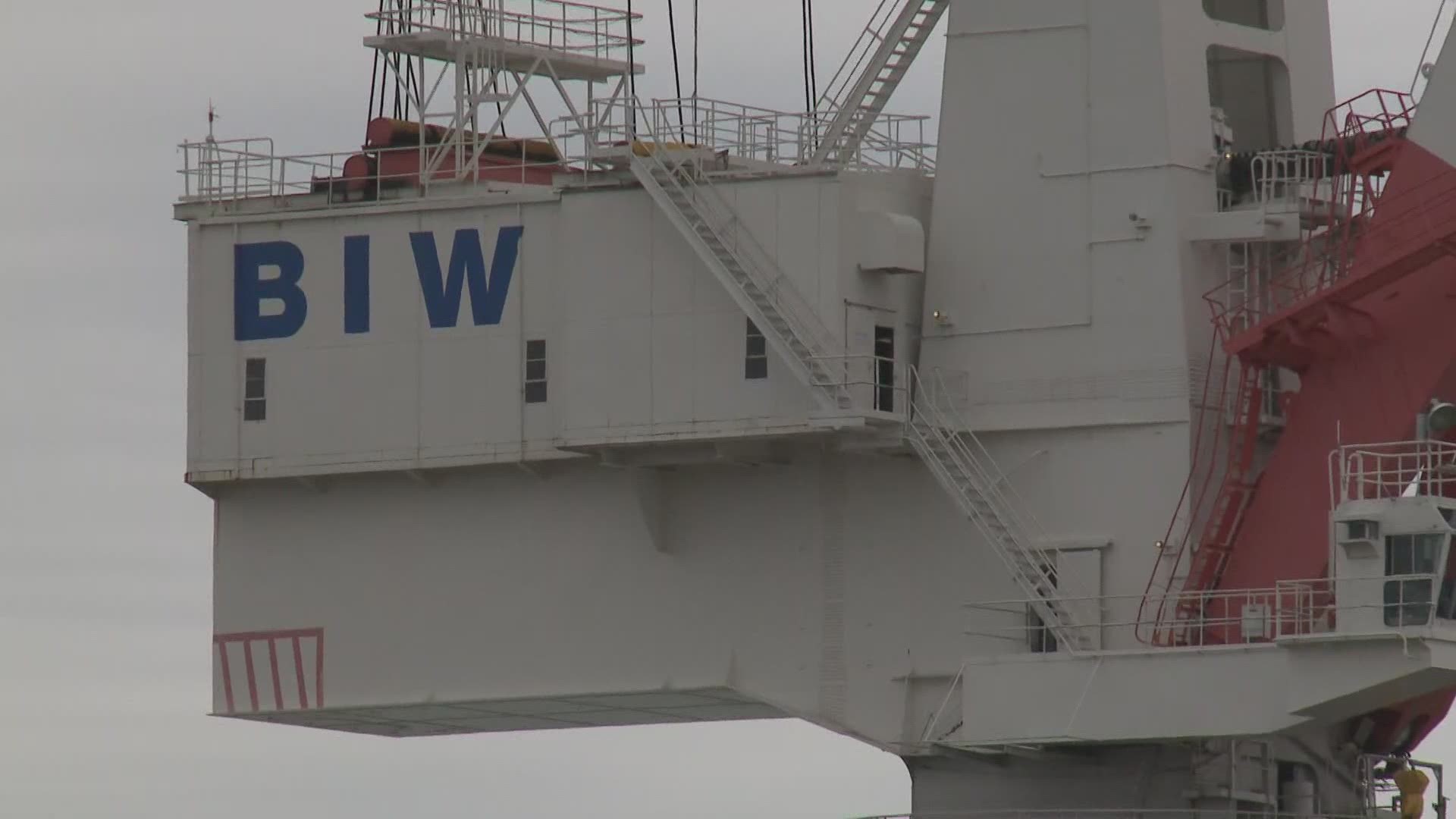 BATH, Maine — Contract talks between Bath Iron Works and its largest Union stretched through the day Friday, which was scheduled to be the final day of talks. Leaders of Machinists Local S-6 say the prime issue in dispute centers around the company’s desire to have greater freedom to hire sub-contractors to perform some shipbuilding jobs.

BIW President Dirk Lesko says it needs to be able to bring in those workers as needed to help reduce a significant backlog in the construction of Navy destroyers.

Lesko says work is behind schedule on several ships, one as much as nine months behind, and that the Navy cited that as a factor. In rejecting BIW’s bid to build a new line of frigates, Lesko says they want to use subcontractors when needed to catch up, but not replace regular BIW workers.

But union leaders see it very differently and say the expansion of subs is a threat.

Tim Suittee, a communicator for Local 6, said the company already has enough flexibility.

Talks were ongoing late Friday afternoon. Union leaders have said they are ready to strike if needed.