The anger comes after Maine Democrats proposed to pass the budget they have put forward as early as next week, avoiding the need for a two-thirds majority. 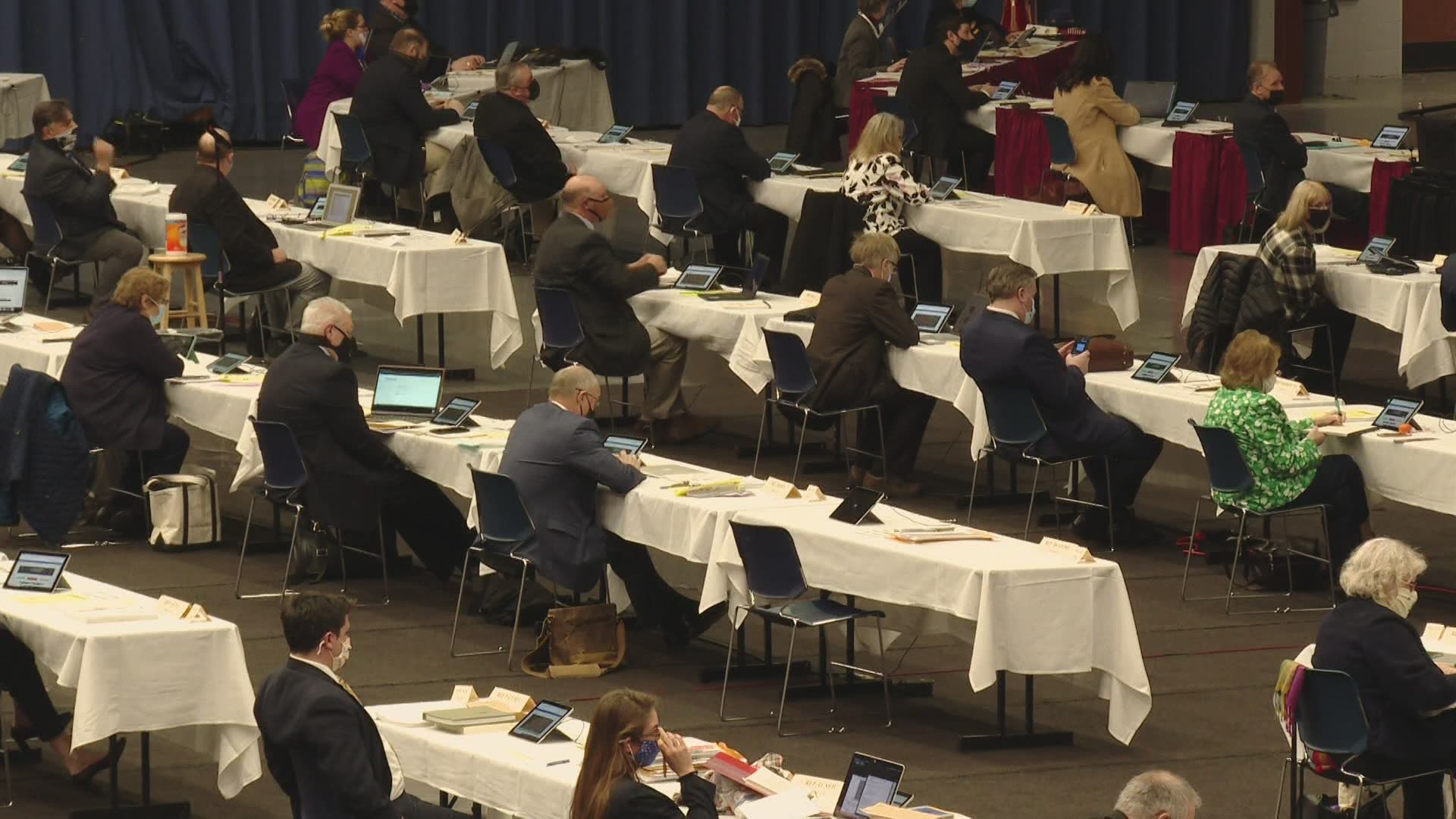 AUGUSTA, Maine — At a time when hardly anyone expected it, the Maine Legislature is in a budget fight. It comes after a surprise announcement Monday by Democratic leaders that they want to pass a new, two-year state budget next week, more than two months ahead of the normal timetable.

Usually, the new budget is passed in late June, requiring a two-thirds majority vote with both parties showing significant support.

By passing the budget next week, however, Democrats could avoid the two-thirds requirement if necessary and pass it with a simple majority, which they have.

On Wednesday, Legislative Republicans blasted the plan, claiming it is a move by Democrats to bypass GOP budget concerns.

“Take a look at the map of House districts in Maine,” said House GOP leader Rep. Kathleen Dillingham, showing a map with a large area of red, primarily on the more rural parts of the state.

“Legislative Democrats and the Governor are telling people in these red sections their voice doesn’t matter,” Dillingham stated.

Democratic leaders say they want GOP lawmakers to join them in passing a budget that basically duplicates the current budget, passed in 2019 with a significant number of Republican voters. They say passing such a budget will ensure stability for the government, schools, and other programs that need state support, at a time when there is still much uncertainty because of the pandemic.

“We have a budget we are currently working from, and that’s all we’re putting forward,” Senate President Troy Jackson said.

“And I hope they (Republicans) do come forward and support this two-thirds measure so we can continue on the process. At this point we remain ready to work with them,” Jackson said.

Republicans, however, argue the proposed new budget—based on what Governor Janet Mills submitted in January— is several hundred million dollars larger than the one they approved ln 2919

“This document is not a back-to-basics budget as Democrats claim,” said GOP Senate leader Jeff Timberlake. “It is an $8.34 billion budget, in addition to the $250 million supplemental budget the governor signed less than a week ago.”

That supplemental budget, passed in a two-day Legislative session earlier in March, appears to be a root cause of the Democratic decision to speed things up.

Republican opposition blocked the initial passage of the supplemental budget, requiring a last-minute, late-night compromise to finally get it passed.

Sen. Cathy Breen (D-Falmouth), the co-chair of the Appropriations Committee said Wednesday it was that experience that made Democratic leaders decide to avoid a repeat with the new budget.

“It was a cliffhanger and, in my opinion, we don’t need another cliffhanger in June. We owe it to the state of Maine to take care of business now...the cliffhanger that happened with the supplemental can be avoided by voting for this budget this week and next.”

The GOP argues that resorting to a majority budget would be bad for the Legislature and bad for the state, with many issues left to be resolved beyond the budget. Democratic leaders say Republicans can avoid those problems by joining them in the budget vote, and then debate all the new spending and other issues in the spring. Those decisions will include how Maine should spend portions of the hundreds of millions, of dollars coming to the state from the new federal COVID relief law.