The York Police Dept. is taking part in the 22 Push-up Challenge for the 22 veterans that take their own lives every day. 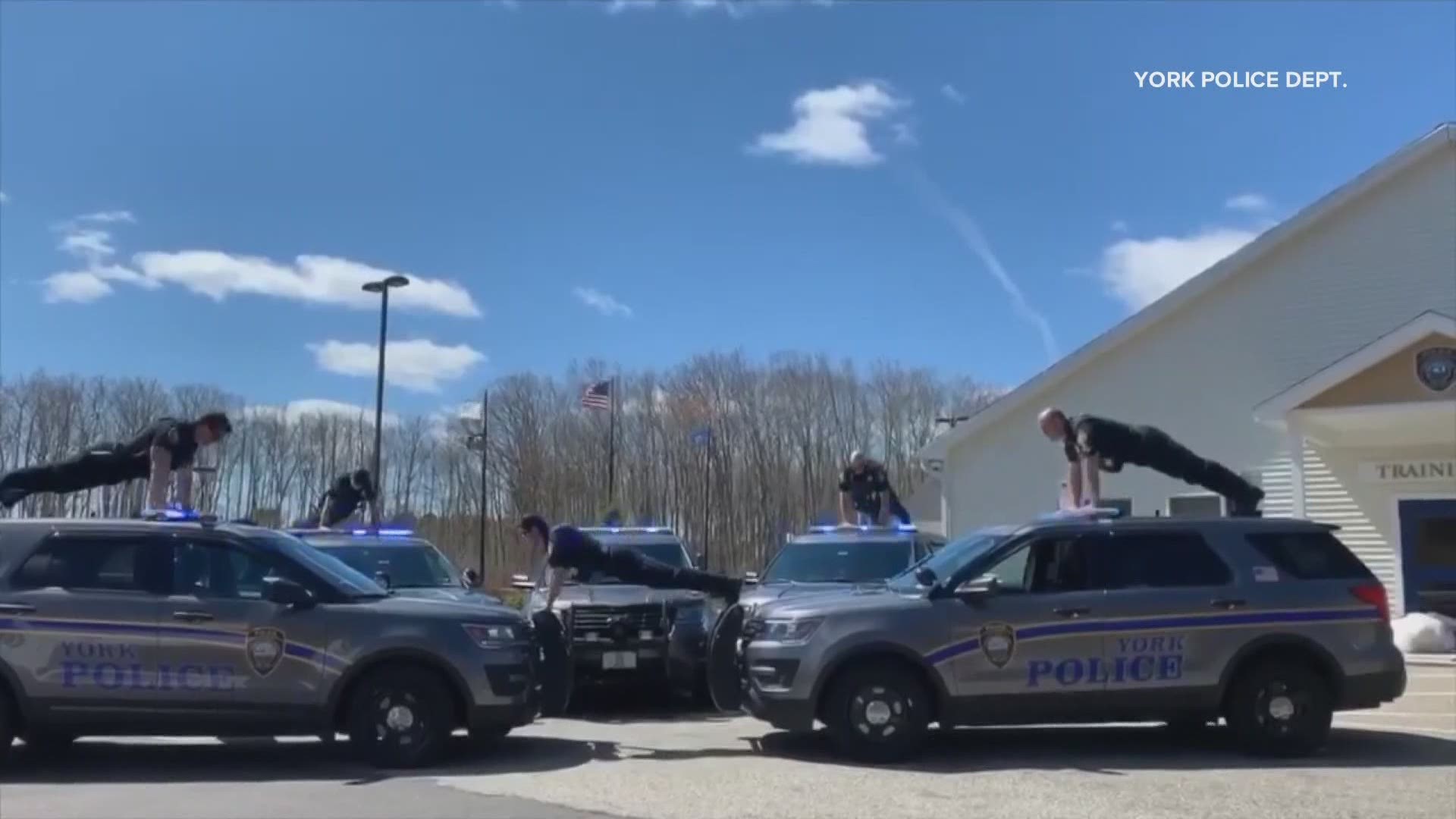 YORK, Maine — It's not every day that you see police officers doing push-ups on top of their cruisers, but it is every day that veterans die by suicide.

That's why the York Police Department is taking part in a campaign to raise awareness and fight the stigma surrounding suicide. It is called the '22 Push-up Challenge.'

"We were willing to take the challenge, and are actually very excited to do it," Lt. John Lizanecz said.

Challenged by another police department in New York, officers have to do 22 push-ups over 22 days and post the videos to social media.

That number represents the average of 22 people who served our country that take their life each day in the U.S.

Day 14 of the 22 push-ups for 22 Days challenge which raises awareness for veteran suicides. On average 22 people who served our country take their own life. We hope everyone joins in and post their 22 push-ups to social media using #yorkmaine22

Posted by York Maine Police Department on Tuesday, May 19, 2020

Suicide rates are steadily climbing across the board across the country and in Maine, including among law enforcement officers. Lizanecz said it is something he and his fellow officers understand all too well.

"We tend to solve everyone else's problems and we tend to overlook our own," he said. "It's sad to see these stories, and being in law-enforcement so long we see it again and again when we wish people would've just reached out for help and made that phone call."

The Department has posted 14 videos so far at various spots all over town.

RELATED: One in five senior citizens are affected by mental illness, most often depression

Some of them have included people in the community, like health care workers at York Hospital and members of veterans organizations. Their K-9 has even done a video of its own.

"It's actually been a lot of fun," Lizanecz said.

Day 13 of the 22 push-ups for 22 Days challenge which raises awareness for veteran suicides. On average 22 people who served our country take their own life each day. We hope everyone joins in and post their 22 push-ups to social media using #yorkmaine22

Posted by York Maine Police Department on Monday, May 18, 2020

Officers at other agencies across the state have been challenged to take part too.

With May being Mental Health Awareness month, Lizanecz and his team are hopeful their videos send a powerful message to their community: they are not alone.

"We're here to help whoever it is whether it's our own here at the police department veterans or the community in general especially in times of need," he said.