Stephanie Lay died at her Windham home over the weekend. She was the owner of Maine-Tex Grilled Salsa, a company with mission to employ young adults with autism. 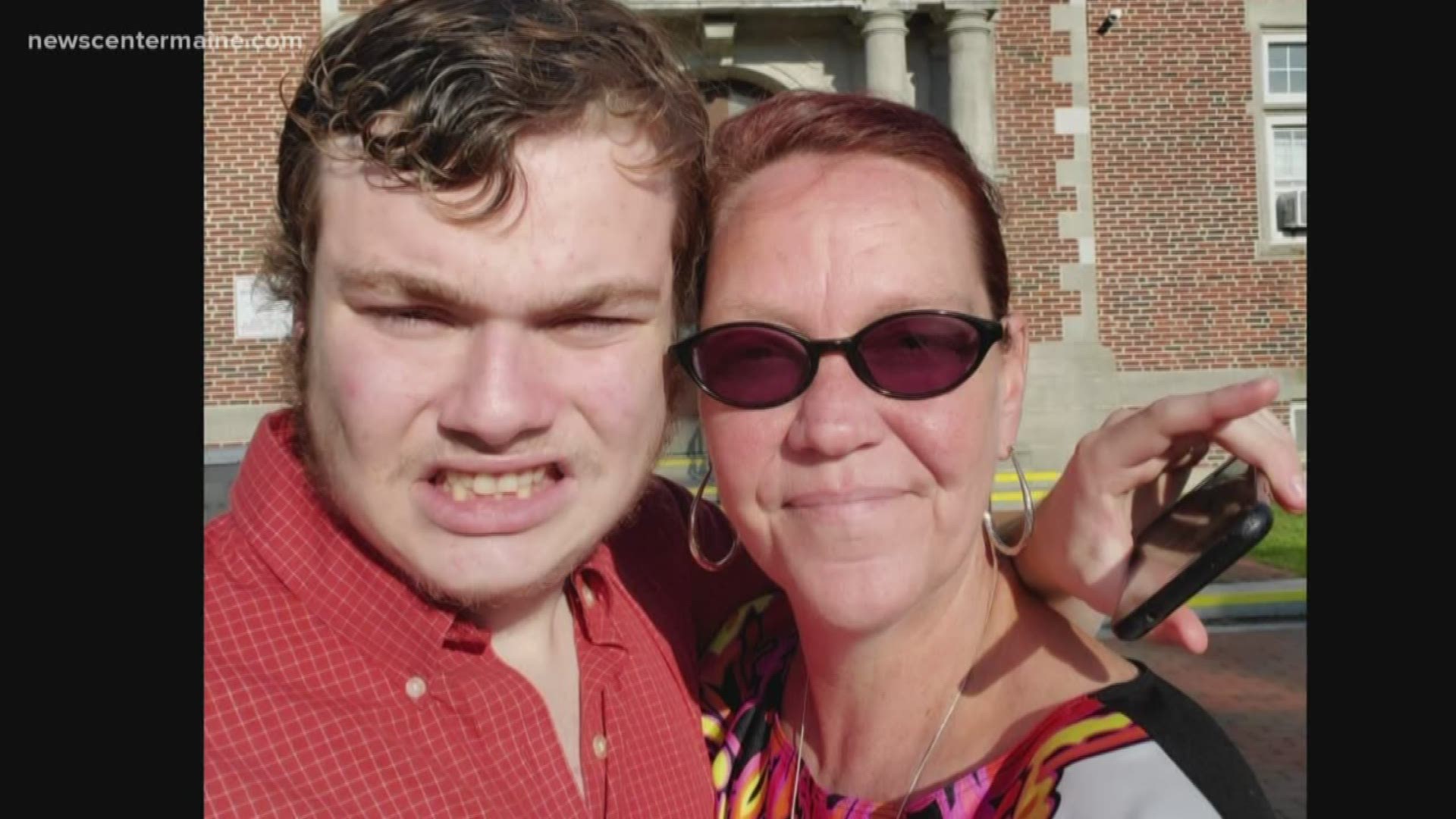 MAINE, Maine — At NEWS CENTER Maine, we consider ourselves very lucky. We get the chance to meet people all over the state and highlight some of the amazing work they're doing.

We were fortunate to share Stephanie Lay of Windham's story. While she may not have been a public figure, she was a woman who touched the hearts of so many.

On Monday we learned some sad news. Stephanie passed away over the weekend.

We first met Stephanie Lay in 2015. Stephanie and her 19-year-old son Bryce, who has severe autism, started a salsa company with a special mission: to employ young adults with autism.

The idea sparked from a photo Stephanie posted on Facebook of her son Bryce grilling vegetables. The two were getting ready to make their grilled salsa when people starting asking, "where I can get some?"

"Within two weeks I had 109 orders, a patent attorney and a food scientist," Stephanie said.

Maine-Tex Grilled Salsa was off and running.

It was a lot of work but also a blessing for Stephanie and for Bryce who was diagnosed with severe autism when he was 2 years old. For years Stephanie grappled with the heartache and challenges that many parents in that situation face but the salsa was their savior, she said.

"It's really just a beautiful thing to see him from just doing little things to now running a grill."

Hannaford in West Falmouth gave Stephanie her first big break. Store manager Doug Mercier had a niece with autism and he loves salsa. His was the first store to stock it.

Now, Maine-Tex Grilled salsa is in 61 Hannaford stores and more than 100 specialty shops.

Stephanie recently reached another goal. She moved Maine Tex Grilled Salsa into a commercial kitchen. She was starting to see the fruits of her company's mission—employing young adults with autism, like her son Bryce.

"It's just really changed his life so much. It's a life I didn't think we were going to be able to live, and now we're living a life that's pretty awesome. Not only for us but for people who  need to work and who need to feel a part of our society."

Stephanie also had a great sense of humor.

Last fall we talked to Stephanie again, but this time for a whole other reason.

"I thought I was being punked, that someone was messing with me," Stephanie said.

Stephanie was getting stacks and stacks of the same notices from her insurance company. When we went to her house she showed us the more than 500 letters she got in a matter of weeks.

"It said $0 and zero cents for a claim I've never made," Stephanie said.

"Where is the Maine DHHS office in Cincinnati, Ohio?" Stephanie mused.

Stephanie spent hours on the phone trying to sort it out.

We visited her again 2-months ago when it happened.  Again.

This time she received 1,444 letters.

"It's quite comical now because all I can do it laugh."

Unfortunately, Stephanie was no stranger to dealing with the bureaucracy of insurance companies or state agencies.

"It's a daily fight to make sure your child is getting what they need and deserve."

Stephanie will be remembered as a strong advocate for Bryce and other people living with autism.

She faced and endured plenty of struggles, but if you had the pleasure of knowing her, you know she never wavered.

She was a tough and tenacious woman, a firecracker.

She was a mother who fiercely loved her son.

At this point, we don't know how Stephanie Lay died. An autopsy will be done to determine that. As for her son Bryce, he's now in the custody of DHHS.

Stephanie's friends have set up a Go Fund Me page to help with funeral expenses. Any extra will go towards Bryce's care.  Arrangements for a memorial are being planned.

Diane Russell, Stephanie's friend and Go Fund Me organizer says "Bryce is in good care. Stephanie had a custody and guardianship plan in place. Bryce's new guardian loves him very much and will take incredible care of him, just as Stephanie wanted."

RELATED: 'I thought it was a joke': Windham woman gets 500 letters from same sender

RELATED: Maine woman is helping to change autism one jar of salsa at a time