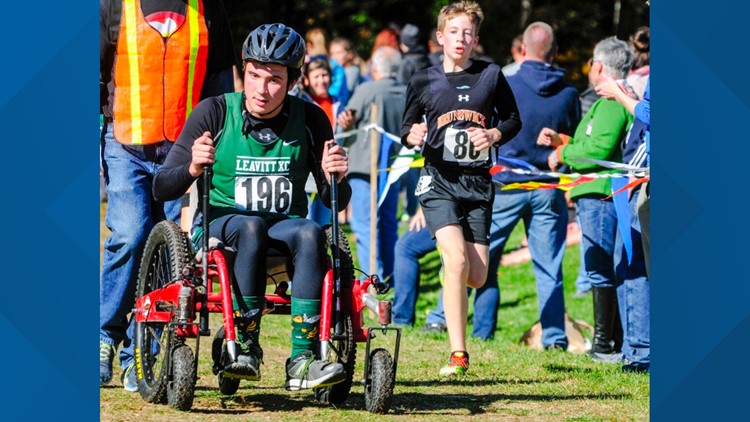 CUMBERLAND, Maine — A high school cross-country athlete who competes in a wheelchair has the green light to participate in a regional meet after originally being barred from competition.

The Maine Principals’ Association announced an agreement on Tuesday in which there will be a separate wheelchair division on a modified course this weekend. If he completes the race, then Leavitt Area High School sophomore Jonathan Schomaker will participate in the state meet on Nov. 2.

The association originally denied Schomaker’s appeal to compete in the postseason events.

The decision announced Tuesday allows Schomaker to start alongside other cross-country athletes. Then he’ll move onto a separate course to ensure safety.

His father said the compromise is acceptable.

Schomaker, who has cerebellar hypoplasia, has competed alongside runners this season and has even recorded a 7-minute mile.