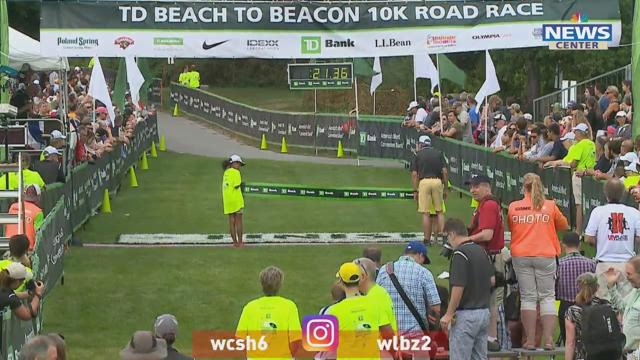 Jesse Orach of Gorham, who runs at the University of Maine, was the first Maine man to finish.

Thousands also gathered to cheer on their friends and family running the race.